Her father contains a lot of our bloodlines crossed with some tried and tested local birds.

She has ‘Gerrie’ our old super breeding daughter of Kleine Dirk on both sides of her fathers pedigree. In 2005 we sent ‘Syndicate Kannibaal’ as an entrant to the Million Dollar race. He was bred from Drum and Cleopatra. After the race he was purchased by Corrie Naude the well known South African fancier and Million Dollar Loft manager and he became one of his principle breeding cocks straight away including breeding Blue Checker Hen TRPF07-4919 the winner of 1st Ace Yearling in the very strong Transvaal Racing Pigeon Federation.

It was a son of this Ace Hen coupled with ‘Syndicate Queen’ a daughter of ‘Zidane’ and ‘Gerrie’ that bred the father of ‘Bertho 2’. 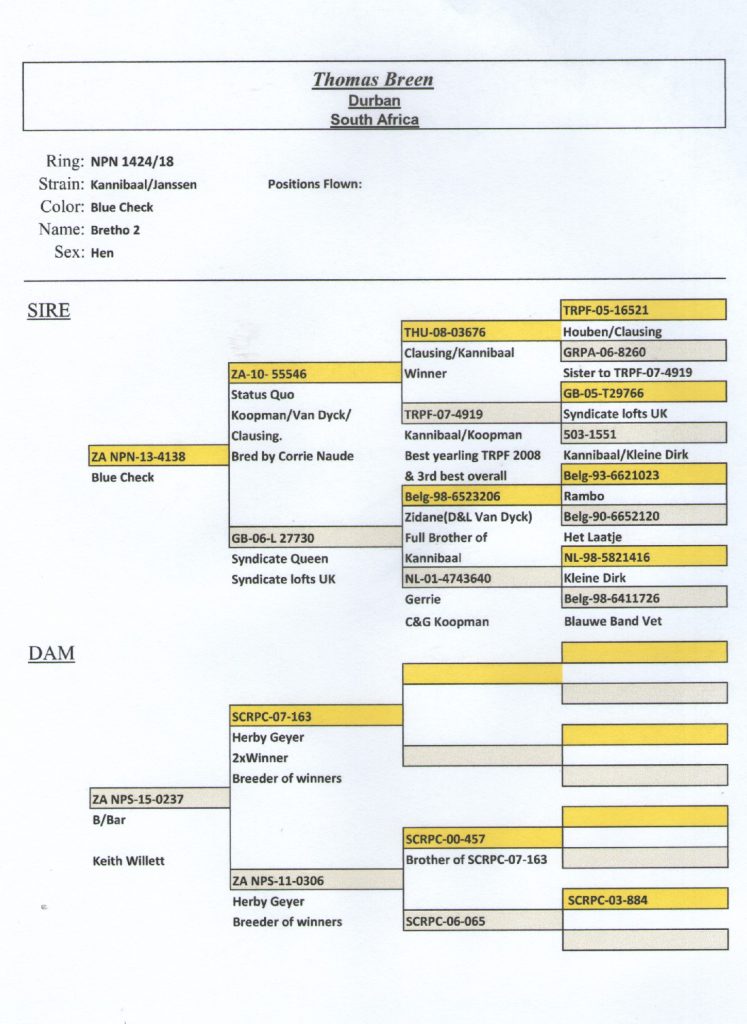 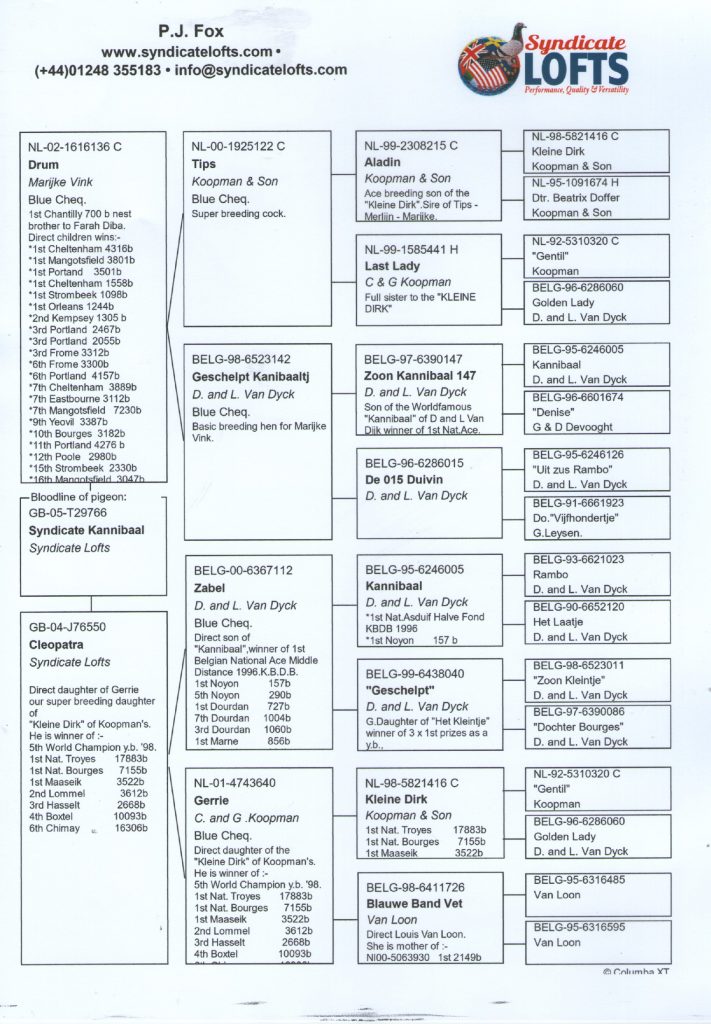 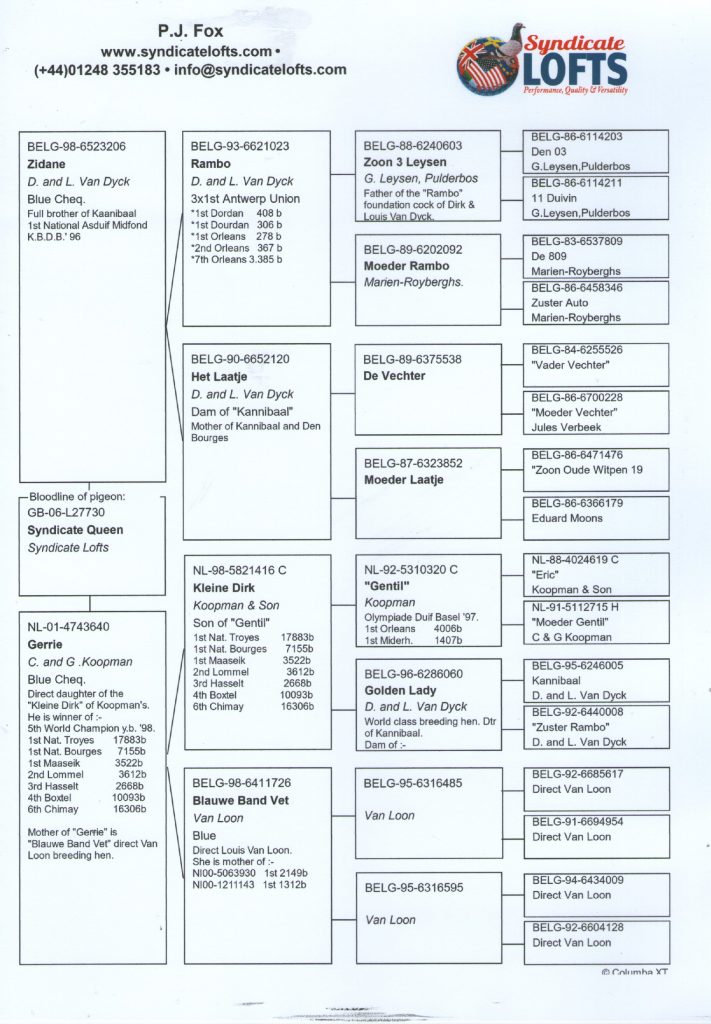 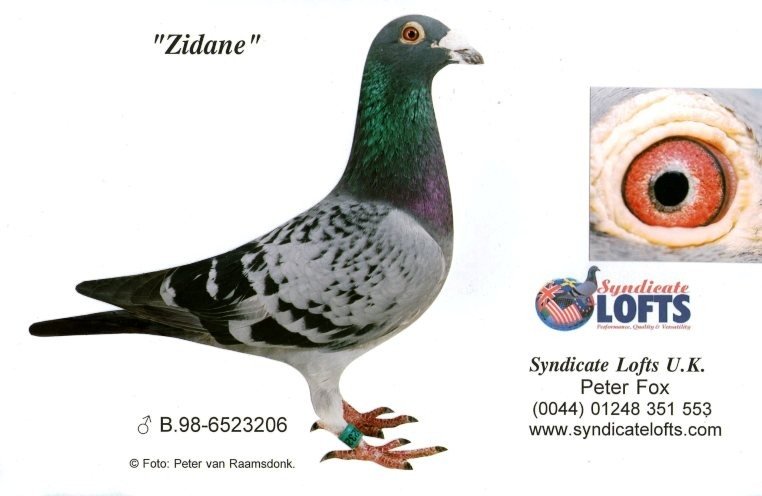 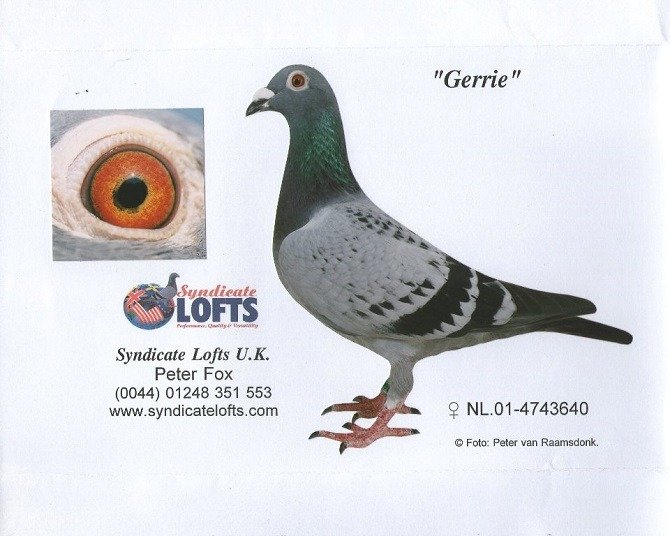