This super looking Blue cock is ‘976’ bred in 2014 by Price Brothers and Son of Stourport. Although the photo shows him well into his moult, his quality is very evident.

He was bred directly from ‘War Drum’ coupled with a Leo Heremans bloodline hen.

As a racer he won 6 x first prizes at club level and scored 5 times in the Federation top ten including winning it with up to 4,500 birds per race!

His nest sister was also a class act winning 1st club , 3rd Fed as a yearling from Carentan on a very difficult day being the only bird on the day in the club. 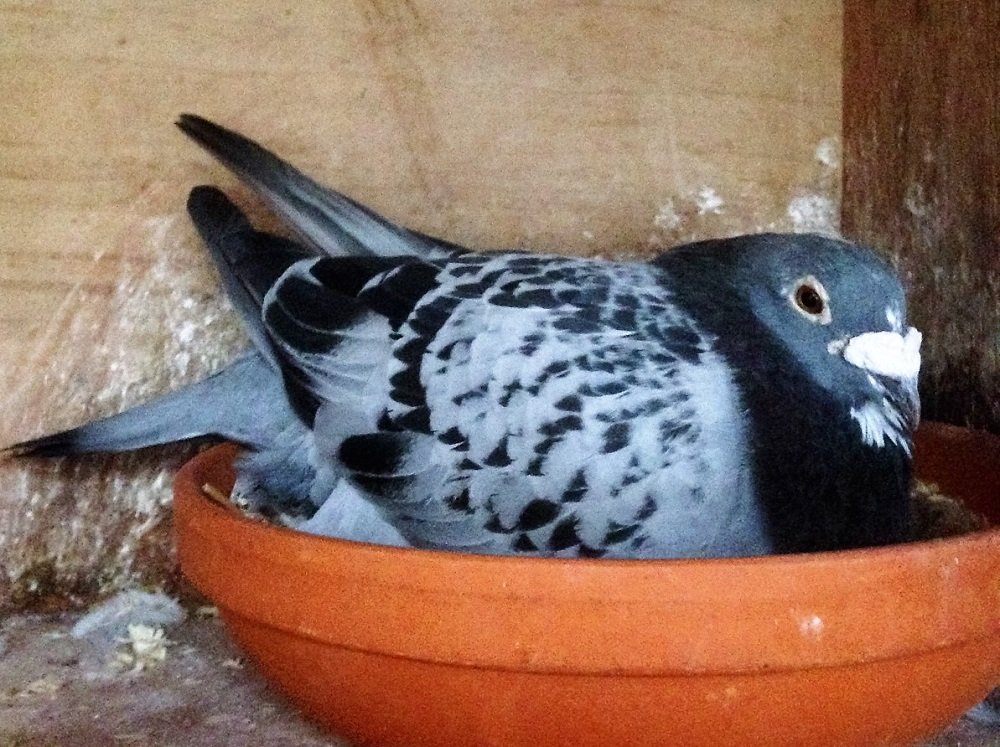 War Drum’…and his breeding record from two years ago. He is now direct sire of 15 x first Fed winners and grand sire of many more . The club winners into the fourth generation are countless…

‘976’ was the victim of a Peregrine attack as a three year old and Steve Price decided to retire him to the breeding loft because of his pedigree,race record and quality.

In his first year breeding, Steve sent one youngster to a Breeder /Buyer that was won and another youngster to Kirk Williams of Shrewsbury where he won a 1st,2nd,3rd and 5th Fed winning ‘Bird of the Year’…Only two youngsters were raced that year.

This year he was coupled to a daughter of ‘Rebel’ (Son Drum x Gerrie) and ‘Halo’ (Daughter Dutch Master x Gerrie) and last weekend two brothers from the pair were raced from Blandford in the Heart of England Fed. These two brothers GB18Z12526 and GB18D38169 won 1st and 2nd club also scoring a very creditable 3rd and 11th Fed against 1173 birds.

He is the image of ‘Granger’ his grandfather who in turn was identical to ‘Rocket’ his father , so not only does he look like his ancestors but he appears to pass on the same winning genes… 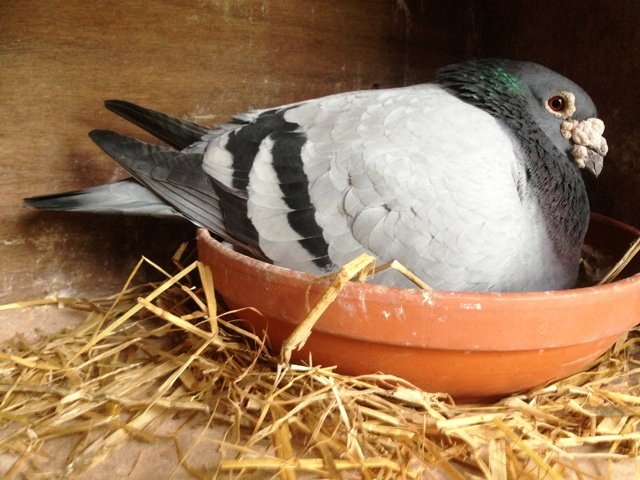 ‘Granger’ the sire of War Drum was bred by Mike Ganus from the great Rocket winner of 1st Dutch National Ace WHZB 1996…
Granger was still fertile at 17 years of age his last year …testament to the vitality of this outstanding bloodline…. 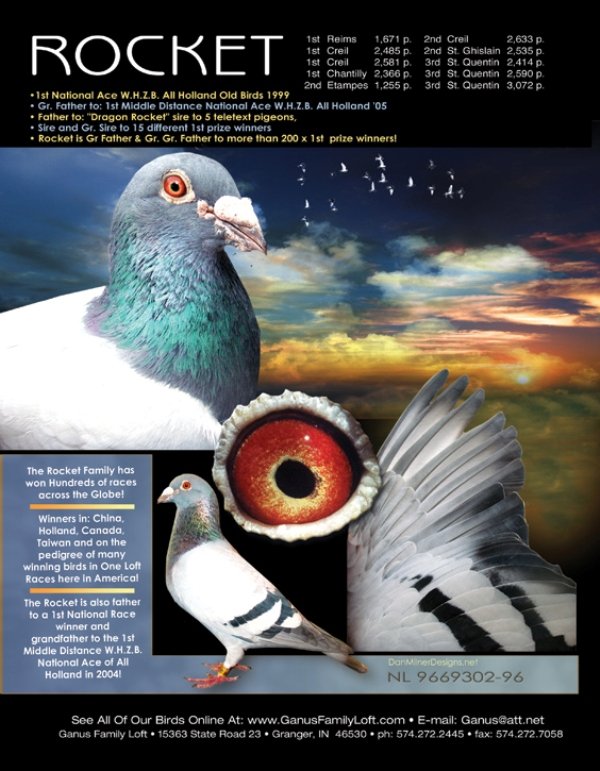 ‘Rocket’ bred and raced by Rinus Van Gastel and owned by Ganus Family Lofts…As a racer a Dutch National Ace winner and as a breeder his bloodline is totally World Class!