‘Bubbles’ of Gerard and Bas Verkerk…

‘Bubbles’ of Gerard and Bas Verkerk…

Gerard and Bas Verkerk have been at the very top of the Dutch Pigeon sport for many years.

The have the knack of finding world class base pigeons that make them a class apart.

One such base pigeon was ‘Bubbles’ that was obtained as an egg from Ad Schaerlaeckens from the blood of his famous Ace Four down from Mattens and Sissi.

‘Bubbles’ was indeed a quite extraordinary breeding hen was paired to a different cock every year in the Verkerk loft and never failed to produce something quite fantastic every year. For Nine Years!!

‘Bubbles’ was never really very well known outside of the Netherlands as most of her offspring were retained by the Verkerks or their customers in The Netherlands or The Far East.
When I get the time, I will research the whole ‘Bubbles’ story and I am sure even the most fastidious fancier would agree that she was one of the very best breeding hens in history.

Aside from the many Olympiade, National Ace, NPO National winners and spectacular breeders she bred in the Verkerk loft her influence reached many other top class lofts.
For example a daughter bred the famous ‘Athena’ of Rik Hermans and she bred ‘Nike’ winner of 1st Belgian National Bourges and her nest sister bred ‘James Legend’ the Chinese wonder pigeon winner of 14 cars in one year and sold for 2.8 million Euro! 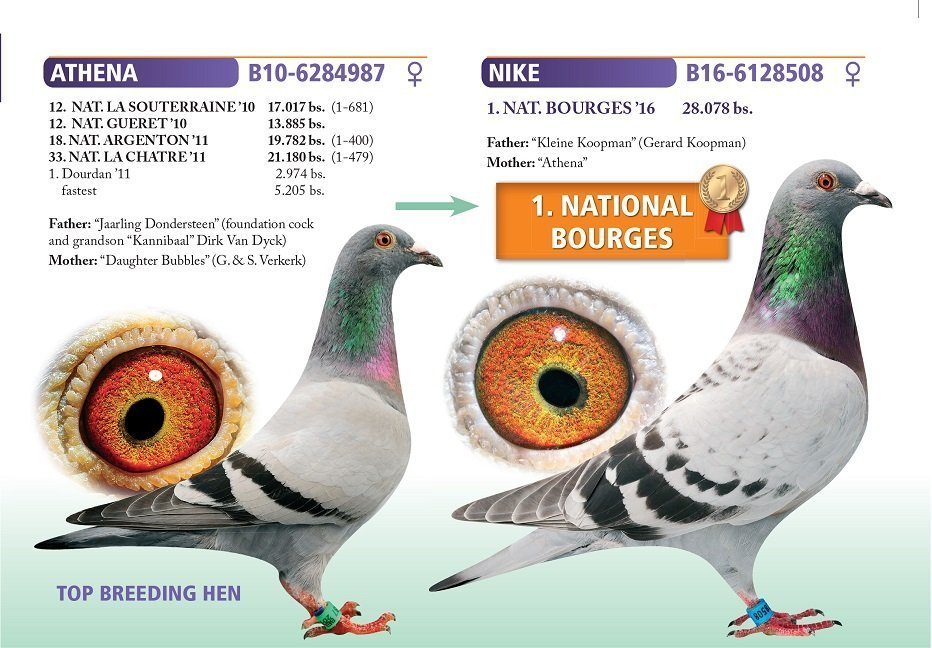 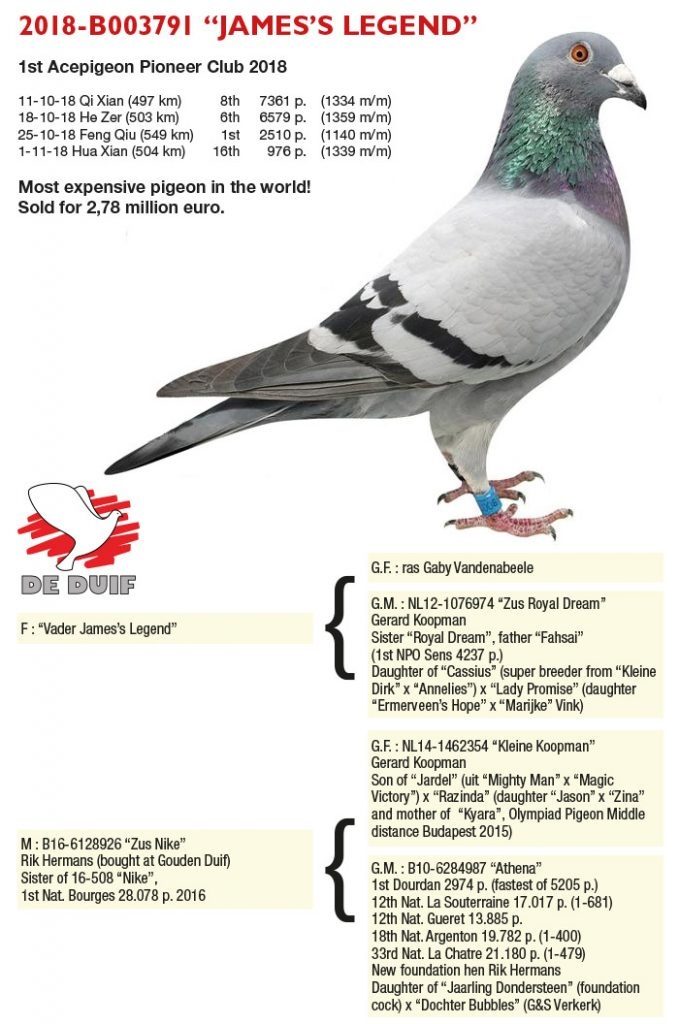 I was reminded of this fantastic Ace Four Line of Ad Schaerlaekens in the recent Algarve Golden Race in Portugal where the winner was a grand daughter of ‘Romario’ ….’Thomas 6′ (Now owned by Maike Ganus) that won the Golden Algarve Final race in 2018 with a lead of 24 Minutes was also a grandson of ‘Romario’ as was the Victoria Falls Final race winner ‘Marple’ that won the final race by 54 Minutes was also the blood of ‘Romario’. All descendants of ‘Ace Four’ and closely related to ‘Bubbles’.

A few years back we published the Ace Four Story written by Henk Simonsz and one part was relating to ‘Bubbles’….it is still a very good read and can be found by following this link
https://www.syndicatelofts.com/pigeon-fever-ace-four-ever-…/