Drum ~ Cholet NFC …His bloodline is still at the very top of the pile!

Drum ~ Cholet NFC …His bloodline is still at the very top of the pile!

This magnificent blue checker cock is NL02-1216136 of Marijke Vink and would later become quite famous as Drum. This photo was taken when he was still a yearling in Marijke’s racing loft where he won amongst other prizes 1st from Chantilly against 700 birds.

This was the first time I handled this fantastic cock whilst on a visit with a friend of mine  who was buying his nest sister Farah Diba who had just won 1st  Dutch National Ace Long Distance 2003 for a Japanese client. 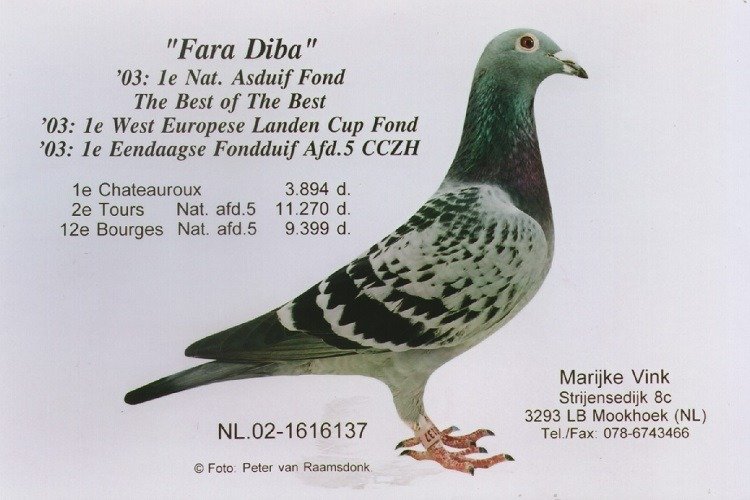 A short while later I was fortunate to be able to buy ‘Drum’ for our own breeding loft, together with a number of hand picked individuals all either direct from the super pair ‘Tips’ x ‘Geschelpte Kannibaaltje’ like ‘Future’ (later became known as ‘Dutch Master’), ‘Dali’ and a few more or direct from the principle children of the pair like ‘Reza’  and ‘Farah Diba’. 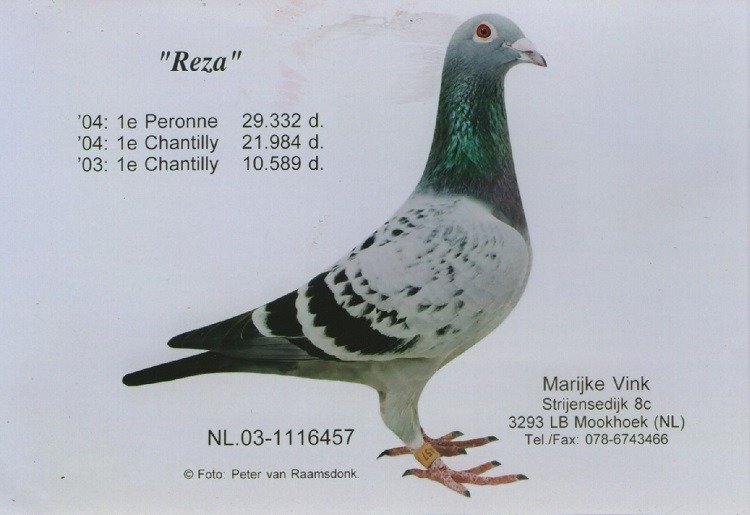 Reza, considered one of the best middle distance pigeons ever in the Dutch Pigeon Sport. Also a full brother of Drum…

They would prove over many years to breed to type and with the Koopmans ‘Kleine Dirk’ influence very versatile at all distances and many management systems.

We are very fortunate to have maintained the line to this day , going on for twenty years later by very carefully and very regularly crossing new blood into the original lines from various sources, like Flor Vervoort,Rik Hermans,Dirk Van Dyck , Rinus Van Gastel, Leo Heremans and many others. Cross them,race them and then select hard is the only way to maintain the vitality and retain and improve the racing performances. 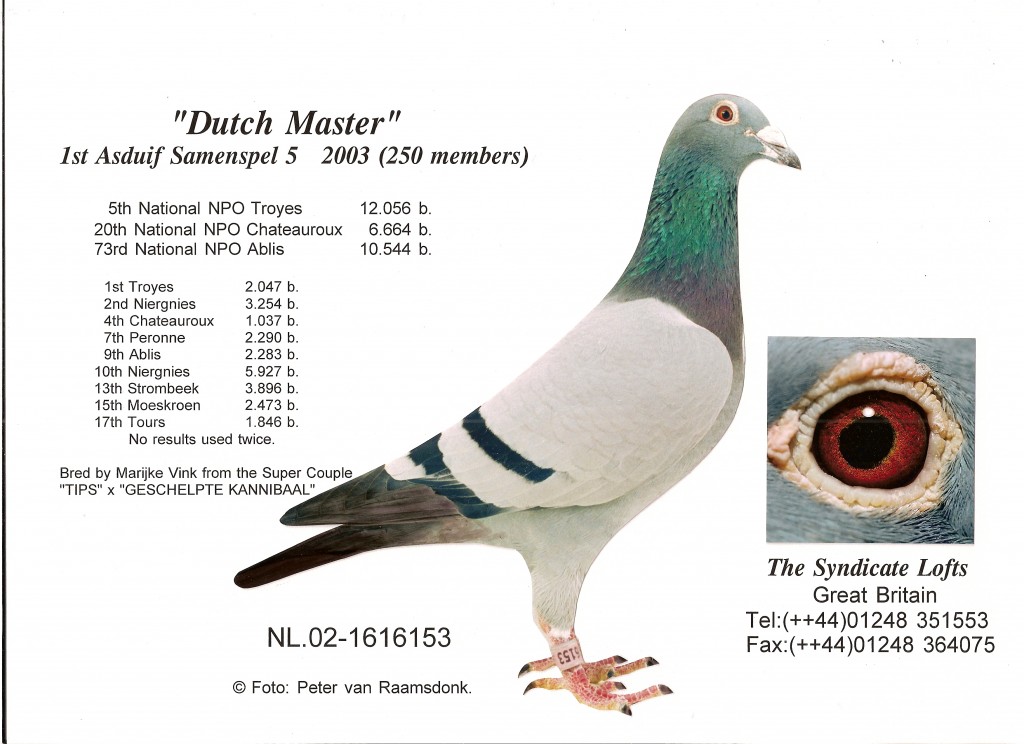 Evidence that this continues to produce performances at the highest level can clearly be seen by reading this weeks British Homing World and in particular the NFC Cholet report by Chris Sutton.

In this one race Garry Inkley was 1st Section E, 3rd Open with one from Drum and Dutch Master on the Dams side via Andrew McFenton .

1st Section G, 6th Open was won by Dave and John Staddon with one from a daughter of their ‘Miracle Pair’ ‘Dutch Master and Drum lines via Mark Gilbert.

1st Section K , 10th Open was won by C & E Lee with another Drum descendant via Mr and Mrs Wright.

With further very careful crossing , selection and testing this blood line will continue to produce the very best National and Classic performers thorough ‘Foxy Lady’, War Drum’ and many other offspring retained in our breeding loft.