‘Foxy Lady’ has wasted no time in producing an incredible record as a breeder!

‘Foxy Lady’ has wasted no time in producing an incredible record as a breeder!

‘Foxy Lady’ was bred and raced by Price Brothers and Son of Stourport .

The nest sister of ‘Foxy Lady’ is ‘Foxy Girl’ also bred and raced by Price, Brothers and Son and she won:

We are very proud to have bred the father and mother from a mixture of our original lines…Rocket…Topo…Outlaw…Young Couple…Drum…Joy…all crossed together.

We are also very happy indeed to have these two incredible hens in our breeding loft where they are making an immediate and massive impact.

Steve Price gifted a daughter of ‘Foxy Lady’ paired to ‘Blue Aviator’ (Aviator x Daughter Hollywood) to his friends Adams Brothers from Stoke on Trent  and she bred in her first nest  1st North Staffs Federation from Frome against over 4200 birds.

This stunning cock GB16V49000 is a son of ‘Foxy Lady’ when coupled with ‘Granger’. He was bought by Tim Atkins from our auction in Blackpool in 2017 to pair to a direct daughter of War Drum and Sunday Girl that he purchased from our 2016 Doncaster auction. 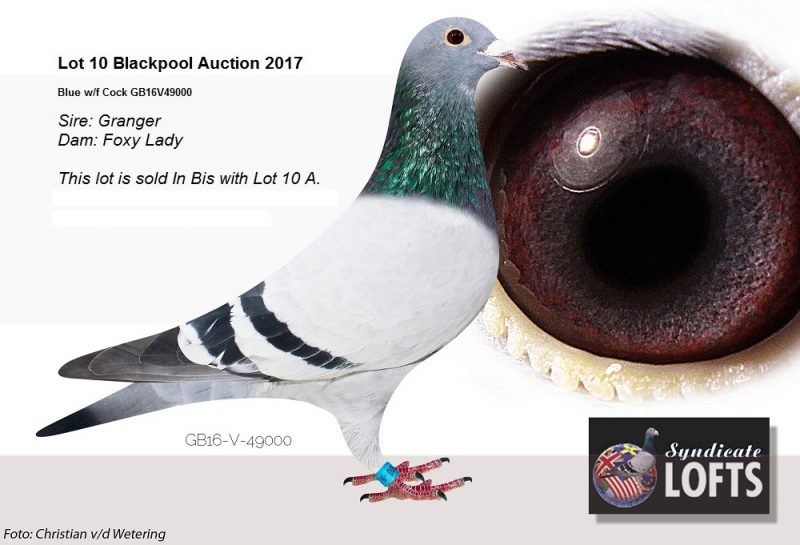 In the Autumn of 2018 Tim rang to report this pair had bred some really promising youngsters from the very start. In a very short time they had won 4 x 1st clubs plus 1 x 1st and 3 x 2nd Warwick Fed winners from approx 1400 birds per race.

Late in 2017, Tim offered a youngster for sale from this couple via Pigeon Chat and it was purchased by Garry Inkley, who also bought the nest mate and another direct child of ‘49000’ with a different hen.

Garry has had a fantastic start to the 2019 old bird season that includes very early prizes from the offspring of Tim’s pair.

Garry won Last week from 2nd Fed Honiton against 2512 birds only beaten by his loft mate ‘Basil’ for 1st Fed. with a yearling from the son of 49000 x 49023.  A few weeks later another yearling bred from the daughter of 49000 x 49023 dead heated with a loft mate for equal 1st club Blandford equal 4th Fed against 2,492 birds when the top 5 positions in the Fed was covered by less than 0.1 yard per minute! The winner from Blandford also won last year as a youngster including scoring from NFC Countances.

The only direct daughter raced from ‘Foxy Lady’ is a 2017 hen when she was paired to Propere Rik and was raced by Price Brothers and Son to win twice in the club as a youngster.

‘Stevie Wonder’ a 2017 son of ‘Propere Rik’ x ‘Foxy Lady’ owned by Howard Jackson and when paired to a daughter of Johannesburg  bred 12 x 1st clubs in two seasons.

Mr Ideura from Japan bought a 2017 daughter of ‘Foxy Lady’ when paired to ‘Son Favoriet’ (Cor de Heijde) and when paired to a son of Propere from Rik Hermans she bred a 1st prize winner  from over 1200 birds in her first nest in 2018.

The nest mate of M Ideura’s hen is a cock owned by an Essex fancier who prefers to remain anonymous and has also bred four first prize winners in club and Fed. 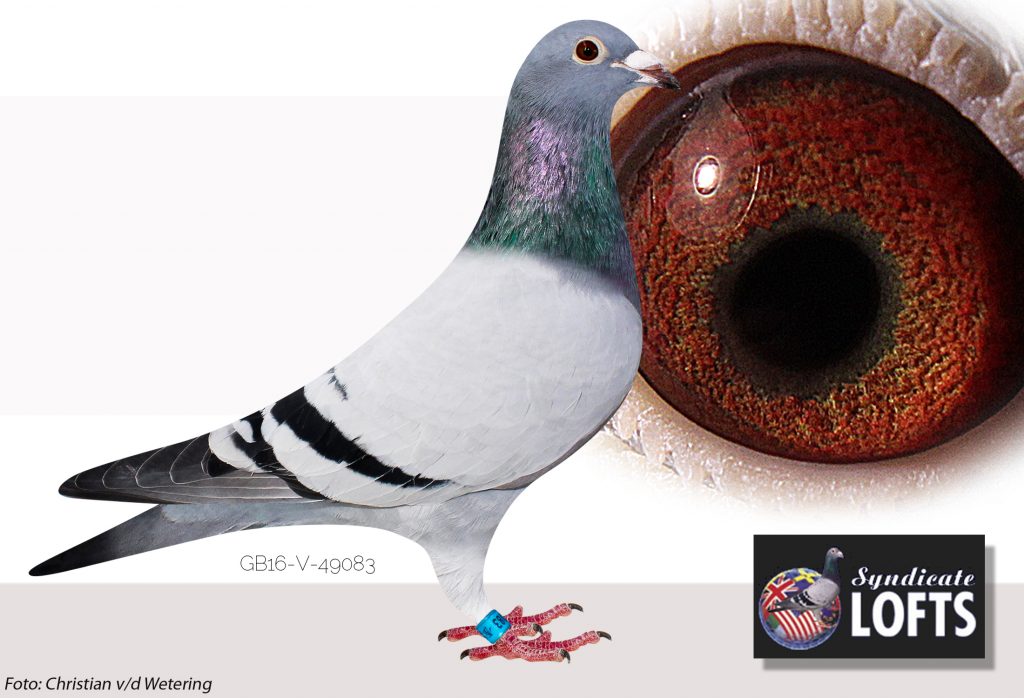 In the same Blackpool auction that Tim bought 49000 another son GB16V49083 was sold as Lot 41 when she was paired to Propere 10 and he was bought by Tam Blair in Scotland who bred two youngsters for racing in his first nest with both scoring and one of them scoring 6 times including winning 1st North West Fed Alnwick against 1,106 birds.

Syndicate Lofts won 6th in the British Masters One Loft Race Final in 2019 with the first grandchild raced in a One Loft race by us.

The winning reports for grand children of Foxy Lady winning in only three seasons is quite astonishing amounting to at least 10 x 1st Federations and more than 40 x 1st individual club wins. In addition to this is the One Loft results that are now starting to appear.

The latest reports are after the recent very hard final of the South Africa Million Dollar Race. 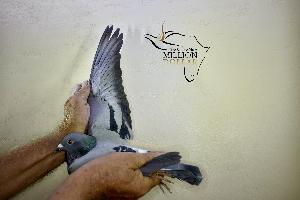 ‘Lone Survivor’ of Darren Ede was bred from a Hooymans father paired to a direct daughter of ‘Foxy Lady’ and ‘Propere Rik’. 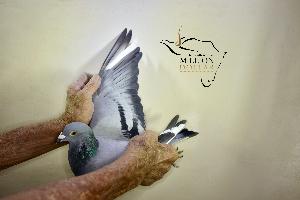 ‘Ladybird’ of Foster,Sons and Daughter was bred from ‘Blue Fox’ GB16V48807 a direct son of ‘Propere 10’ x ‘Foxy Lady’ coupled with a Mark Evans Hen.The nest mate of ‘Lady Bird’ is ‘Hawkley Blue’ and he was also in the prize money winning 239th open in the SAMDPR Final. A full brother to these won 9th Final Race and 5th Ace Pigeon in the 2019 RPRA One Loft Race. 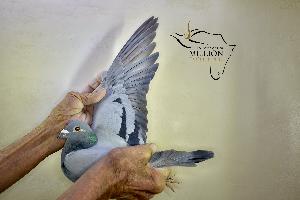 Cleopatra is another one in the prizes for Foster Sons and Daughter winning 278th in the Final SAMDPR. A full sister also won 3rd Algarve Great Derby Ace Pigeon 2019 with both being bred from a son of ‘Blue Fox’ the son of Propere 10 x ‘Foxy Lady’.

We have had a few really special pigeons in our lofts during our almost fifty year pigeon career but it is doubtful if we have ever had better than ‘the incredible ‘Foxy Lady!