Foxy Lady….Nothing For Sale Next Season…

Foxy Lady….Nothing For Sale Next Season…

Last season we sold two direct youngsters from Foxy Lady in our Blackpool Auction in January and another daughter in our Doncaster Auction in December. Other than that we have retained all of her other youngsters for our own breeding loft other than two we was already obligated to.

We have decided to do the same in the 2019 season and not sell any direct from her other than two in Blackpool in January and one in Doncaster in December 2019.

We announce this now as we regularly receive inquiries for her direct youngsters however as a hen they would always be very limited. We could possibly extend this into 2020 also, however we will have to review everything at the end of the 2019 breeding season.

The principle reason for retaining her children is her first crop of grand children have raced outstandingly well this season considering only very few direct children have ever been sold to fanciers.

We have planned to pair her to one or two of our established breeding cocks and we have also brought in a select few from Mike Ganus to also try, so as to give us as many gene permutations as possible to race her grandchildren in future seasons.

For your information we include details of the two youngsters direct from her that we will sold in Blackpool in January. 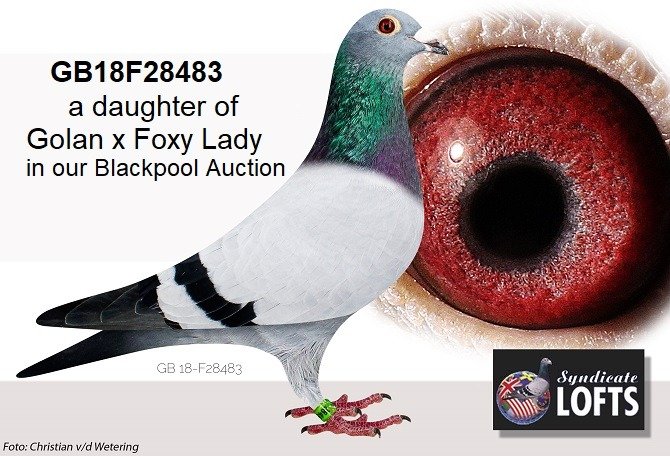 This is Blue Hen (we think) GB18F28483 that will be sold in our Blackpool auction in January. As you can see she has Rowen on her dams side, a super breeding daughter of The Young Couple so this young hen has The Young Couple blood on both sides of her pedigree. The Young Couple are probably the very best we have ever had and we will retain three the same way bred as this hen. 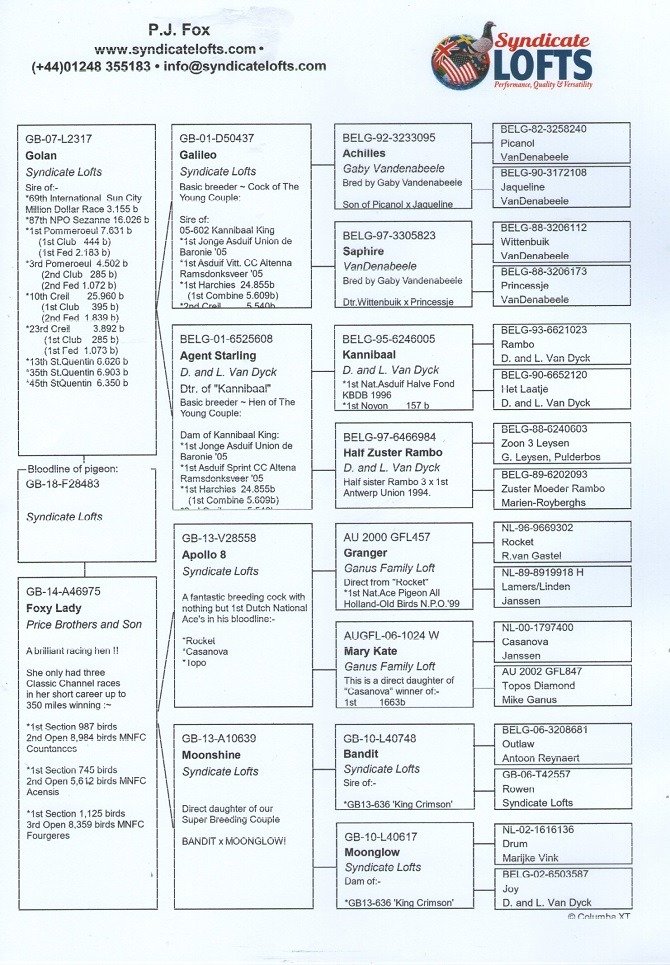 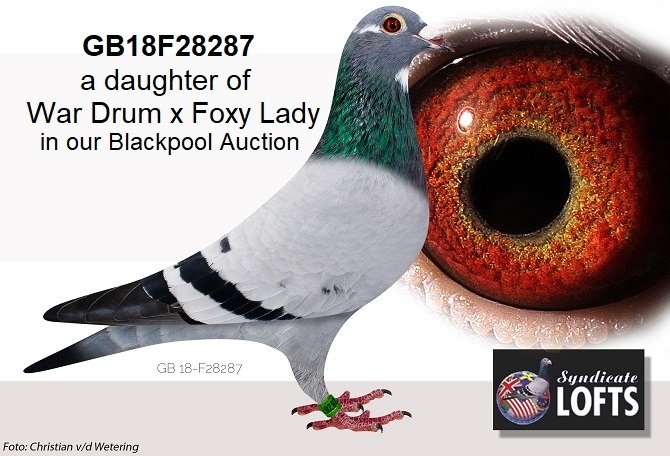