Last weekend saw the top Hillingdon fancier Garry Inkley show why he is one of the best in the country.

On Saturday he won 1st,2nd,3rd Fed Honiton against over 3000 birds! We are very pleased indeed to have bred his winner ‘Basil’ that has now chalked up 9 wins in his short racing career so far.

Last season the little blue cock ‘Basil’ GB16V48650 won 1st UBI Combine from Exeter against 3,355 and the week previously 3rd Fed from Blandford against 3,360. He also raced consistently as a youngster winning 136th Open N.F.C. Young Bird National from Countances against 3,752 and of course many other top results… 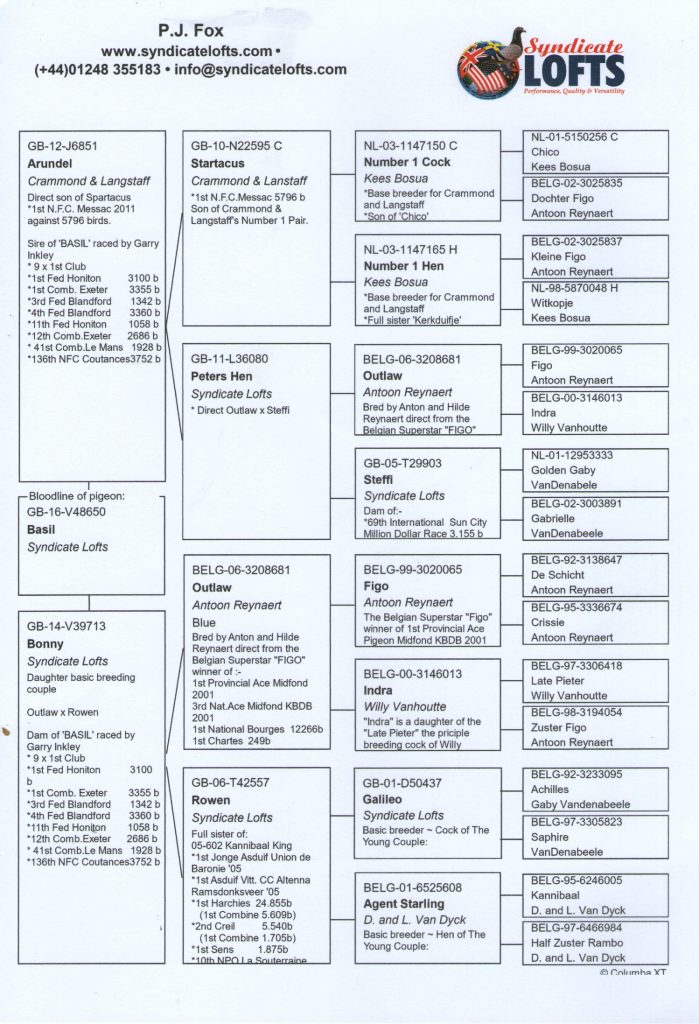 Garry’s second bird for 2nd Fed is a son of ‘Basil’ that also won last season as a young bird! His dam is a daughter of Garry’s NFC Saintes winner ‘Northern Lights’ coupled with a Brian Bolton hen.

Third bird for 3rd Fed is bred from a son of ‘Northern Lights’ x a sister of Oh So Sharp of Brian Bolton. Dam of the 3rd Fed winner is GB13J42173 bred  from ‘Shamrock’ a son of Drum with ‘Candy’ a daughter of Hannibal.

As for his breeding he really has a Royal bloodline! We bred his sire from Mario our good son of Di Caprio (Leo Heremans/Dirk van Dyck) when he was coupled to ‘Ivy’ a direct daughter of the famous ‘Saffier Couple’ of Leo Heremans. This is the same way bred as many reported top producers including Geoffrey Douglas of Lurgans sire of ‘Foxy Ali’ 1st NIPA Yearling National Roscarberry 2016.

The dam of Garry’s 2nd Open BICC winner was bred by the top Swansea fancier Andrew Macfenton from a couple of Syndicate Lofts birds. Her sire is Andrews 2008 breeding cock that he purchased from Jimmy Bauress from Liverpool after breeding Andrews Champion breeding and racing cock ‘Jimmy B’ winner id 2nd National and 1st Welsh Combine from Rheims. He is from Knight’ (Son of Mascotte x Agent Starling) x ‘Jasmine’ (Nest sister Caliph , daughter REZA). ‘Knight’ was coupled with Andrews to producing hen ‘Young Kirsty’ a direct daughter of ‘Dutch Master’ a Kirsty (Drum x Gerrie).

I am certain that Garry will have a few more weekends like this before the end of the season!!! 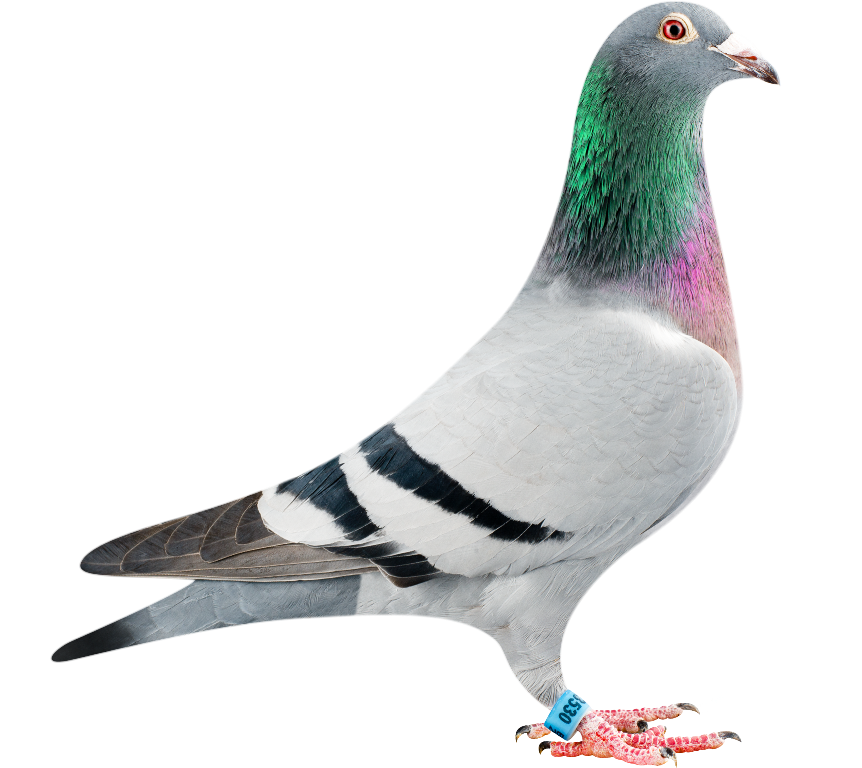 This is Ivy a direct daughter of Leo Heremans exceptional ‘Safier Couple’ sold for €270,000!.. Ivy is proving a really good breeding hen at the highest level with reports to us being received on a regular basis…. She bred the Sire of Geoffrey Douglas ‘Foxy Ali’ winner of 1st Section E 75 members sent 390 birds,1st Open 359 members sent 1728 yearling cocks  also beaing the total lib including the 1,567 yearling hens entered by 340 members from the 9.am liberation in a light variable wind. So overall 1st fastest against 3,295 yearlings. She is also bred the Sire of Garry Inkleys 1st Section 1536 birds,2nd Open BICC Alencon National against 4914 birds. Many Fed and Combine winners have been reported down from her paired with various cocks!! 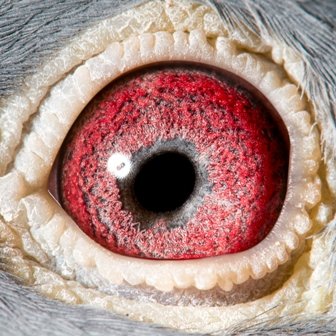