*War Drum our top breeding cock and direct sire of 15 x 1st Federation winners. His winning grandchildren are countless however two of them won the Heart of England Gold Ring Race and the Stourport Gold Ring Race for Price Price Brothers and Son plus 1st Hill Ridware Breeder Buyer on the same day for R&G Jones and Bat.

Had the kind of phone call we all like to get today from Garry Inkley to report that he is enjoying the nice weather with a bottle of beer in the garden while celebrating the arrival of two new granddaughters (Making it 3 new arrivals in total in three months) and taking the first eight positions in the Inter Counties Fed from Yeovil against 2880 birds proving its not just grandchildren he gets all on the drop!

As a matter of interest this is the third Federation Winning grandchild of ‘War Drum’ reported this weekend! All when he was coupled with three different mates.

Second Fed winner was the good hen GB18N65901 a direct daughter of ‘Junior’ (Son Young Couple) paired with ‘Rhiannon’ and a previous winner of *1st Fed Blandford 1962 birds *40th BICC Guernsey YB National 2188 birds *161st NFC Countances YB National 2160 birds. I am sure we will hear more from this hen later in the season.

Very many congratulations indeed to  Garry, Marianne and the whole family. 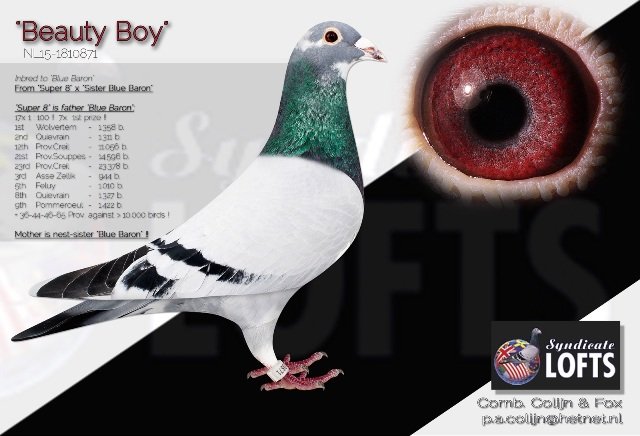