A recent chat with Garry revealed not only a fantastic start to his season but also the emergence of a new star breeder that is proving to be simply top class.

Three years ago after the season Garry visited and saw fell for a young dirty blue hen GB19V51684 in the aviary from Renegade and Gold Dust Woman however the hen was already entered as Lot 19 into our Uttoxeter Auction later that year. Garry attended the auction and bought the hen anyway. 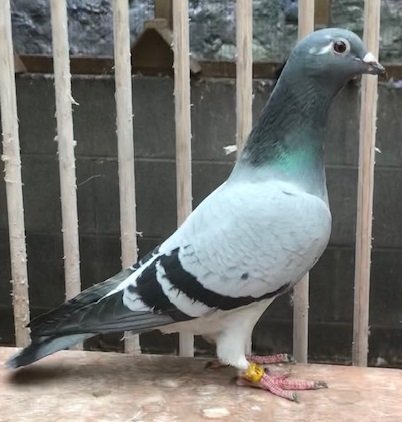 GB19V51684 the daughter of Renegade x Gold Dust Woman has turned out to be a potential Gold Dust breeder for her new owner Garry Inkley. 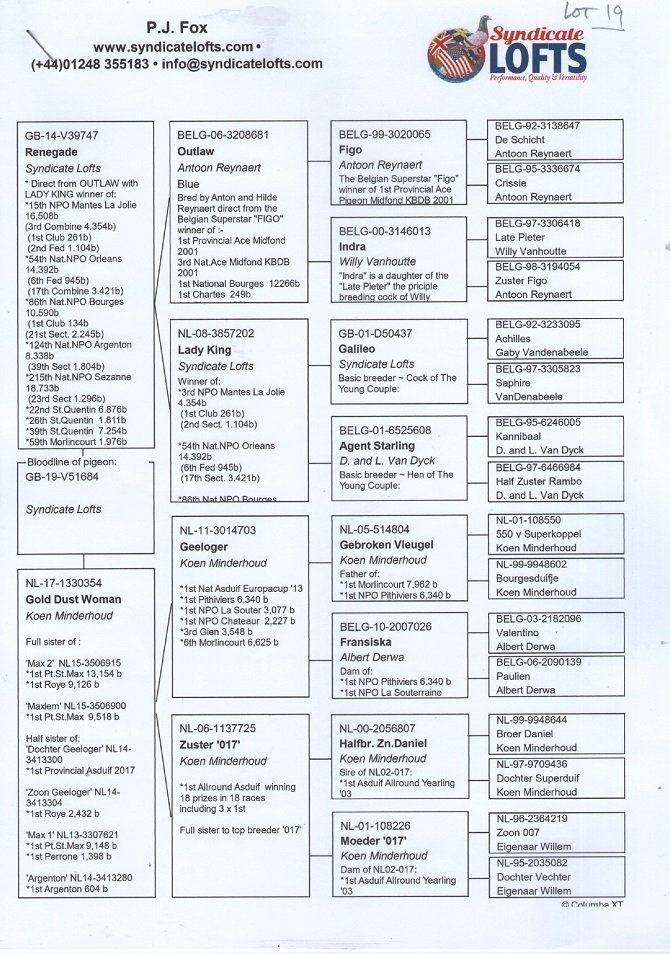 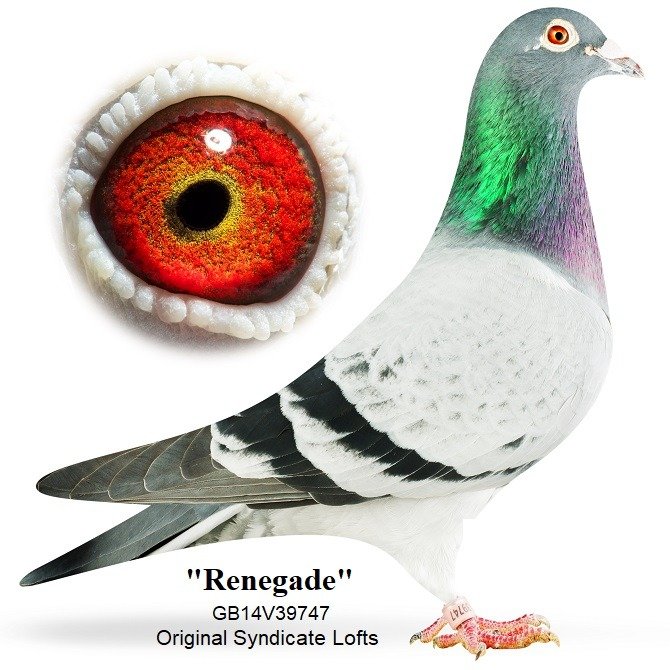 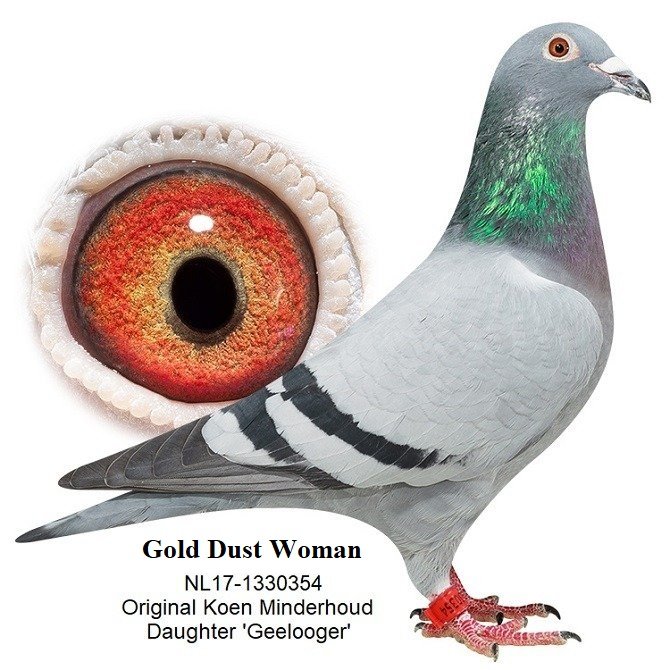 She was a full sister to our own young hen that won 2nd Niergnies 433 birds , 19th Combine 3,864 birds and many other prizes.

Price Brothers and Son from Stourport also has the nest sister to GB19V51684 that has bred them a couple of winners.  What a great line!

The first breeding season he paired her to a full brother to Rhiannon but only managed to get one nest from them before the cock died. From that nest came GB20N64999 and she won 3rd Club Wincanton and 5th Fed Honiton.

This was in the Lambert club racing against 250 to 450 entries per race.

This season he was:

and last Saturday he was:

Garry also owns GB19V51867 a full brother to the Blue hen from Renegade and Gold Dust Woman and when paired to a full sister of Foxy Lady they bred:

This hen was the only hen from the pairing that raced however the same hen from Basil x Daughter Junior x Rhiannon when on loan to Paul Weems and paired to a son of  Warrior (Son of War Drum x Sister Blue Baron) x Rhiannon bred his 1st North West Section in the first Central Southern Classic Flying Club race of the season 2022 from Guernsey on 7th May against 521 section entries.

Sometimes any fancier who loves the sport and is a sportsman can only stand back and admire a class fancier with class performances. And I can only applaud the level of results achieved by Garry not only for many years but this season in particular. Last Saturday on the day when his good cock GB20N65000 wins Provisional  39th Open NFC Guernsey  Garry had the misfortune of his new neighbours kids playing football over the fence and spooking the cock on his return to lose approximately 30 open positions (Thats Life!) , he also had four cocks drop together from he BBO Fed Race from Exeter spooking two yearlings but the two experienced cocks hit the trap with no hesitation. The result was 1st and 2nd Fed against 1636 birds.

The 1st Fed winner was bred from the good son of JUNIOR x RHIANNON paired with a daughter of WARRIOR (Son of War Drum x Sister Blue Baron)  x MATA HARI our top breeding daughter of OUTLAW x  ZELDA (Dtr.Young Couple) and the 2nd Fed winner was bred from a grandson of OUTLAW x ROWEN (Dtr Young Couple) paired to RATHENS GINA and she is another league above again not only being the nest sister to BOBBI MAC Garry’s 1st Open NFC Young Bird National Winner in 2017 but she is also one of the very best National and Classic racing hens in the country at the moment. 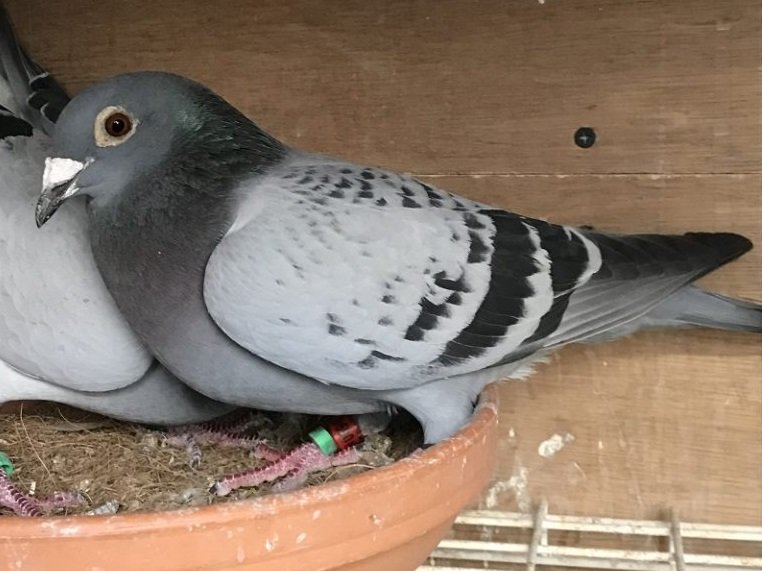 This photograph is of ‘Rathens Gina’ GB17N49451 bred and raced by Garry Inkley of Hillingdon.
Her racing record at National level is quite fantastic and is one of the best racing hens in the country at the moment if not the best.
Last Saturday she scored once again to win provisionally 7th Section E 20th Open NFC Hens National  Countances against 957 birds, having previously won 11th Fed from Le Mans a few weeks earlier.
Her other results won so far in her racing career at National Level only:
*52nd NFC Countences YB National 3,200 birds 2017.
*71st NFC Sigogne 2,660 birds 2018
*31st BICC Cholet National 2,859 birds 2019
*22nd Open NFC Sigogne 2,403 birds 2019  (1st Section E)
*23rd Open NFC Fougeres 9,594 birds 2020
*2nd Open NFC Nort Sur Erdre 5,097 birds 2020 (2nd Section E 639 birds)
Fanciers may also find it of interest that she is the nest mate of ‘Rathens Bobbi Mac’ GB17N49452 that won 1st NFC Countances YB National 3,200 birds in 2017.
These are probably a unique pair of nest mates. Both Section National Fling Club Winners and 1st and 2nd Open winners. Bred from a son of King Kanon x Carmen (Drum x Gerrie) x a daughter of Nitro x Devil Woman (Dtr Young Couple).
Very many congratulations indeed on a super hen raced by one of the top fanciers in the country. 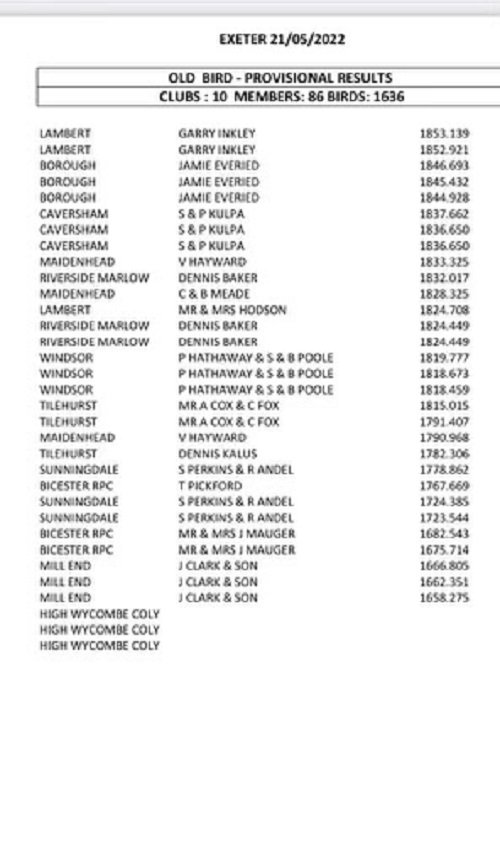