*Mata Hari a beautiful daughter of Outlaw and Zelda that is becoming a top breeding hen for us including being mother of Phil and Neil Bates’s Three Times 1st Fed winning hen….

Phil and Neil Bates of Flint are having a really tremendous 2018 Old Bird season with Multiple Fed wins and Multiple top positions at the top of the result.

On the 23rd of June they clocked three yearlings in a minute from Messac 380 miles in the Wrexham Fed to win 3rd,4th and 5th Fed and another one clocked shortly after to win 11th Fed. First in the clock was a grandchild of War Drum.

Also on the 23rd June they won 1st North East Wales and West Wirral Fed from Fougeres a distance of 350 miles against 301 birds entered by 45 members with GB15S19920 their very good daughter of Skyfall and Mata Hari topping the Fed for the second time this season and three times in all. She also won 1st Fed Monmouth earlier in the season against over 1600 birds and also topped the Fed from Fougeres last season as well as scoring in the Shotton Gold Ring race as a youngster. 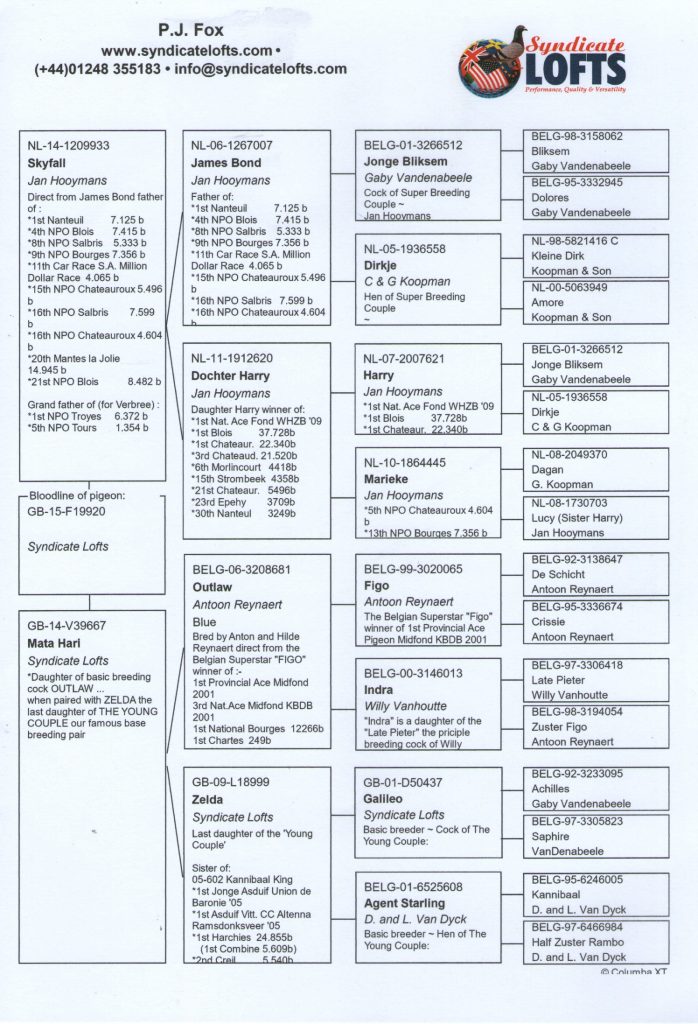 On the 9th June they won 1st,2nd,3rd Fed Monmouth against 1122 birds first bird being from a son of Two Twenty and Rhiannon.