Good Reports From The Midlands Drum and Young Couple Bloodlines…

Good Reports From The Midlands Drum and Young Couple Bloodlines…

Drum together with The Young Couple. Still remains the bloodlines to beat at all levels.

We received some very good reports from R. Stokes and Sons and Price Brothers and Son of Federation winners in the Shropshire and Heart of England Federations this last four weeks.

On 14th May 2021, R.Stokes and Son wins 1st and 2nd Heart of England Fed from Purbeck against 1539 birds. Breeding of the Fed winner is from the Stokes Family’s own tried and tested family crossed with a hen from Eileen Whitehead out of a daughter of ‘HAIL JUPITER’ a top breeding son of  DRUM when he was paired to a daughter of ROCKET x Daughter TOPO. Multiple performance National Ace winning lines. 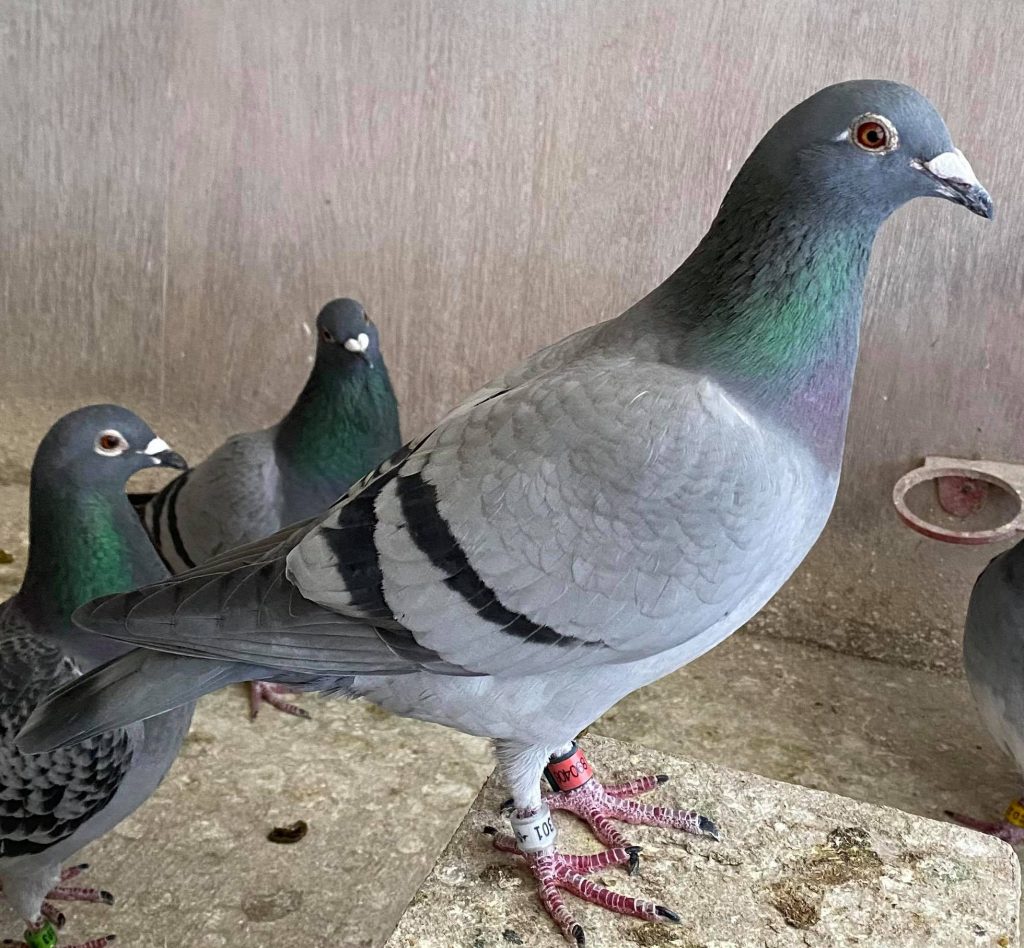 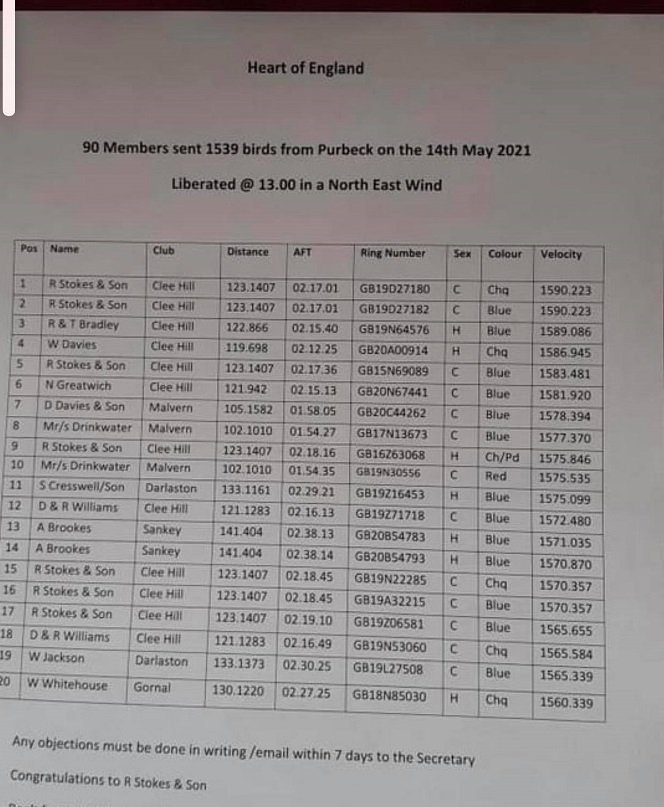 On to the next Saturday 22nd May 2021 when R.Stokes and Son wins 1st and 2nd Shropshire Fed from Yeovil against 2328 birds.

First Fed winner is bred from the Stokes families good racing cock 87 a grandson of ZELDA the last daughter of the YOUNG COUPLE that helped them win the NFC Champions of Champions League in 2019..He was paired to a daughter of JUNIOR the nest mate of ZELDA so inbred YOUNG COUPLE.

On to the next Saturdays Race from Purbeck on the 29th May in the Heart of England Fed against 1993 birds.

R.Stokes and Son takes 1st and 2nd Fed once again sire is once again 87  a grandson of ZELDA the last daughter of the YOUNG COUPLE.

Price Brothers and Son are in third Fed with one of their original Busschaert family but had two drop together. The second bird did not record as her chip ring was damaged on liberation, (Its whats in the clock that counts) . She was however bred from a 1st Worcester Fed winning son of WAR DRUM with Steve’s exceptional daughter of the super pairing of  PROPERE 10 (PROPERE X ATHENA) x FOXY LADY that has bred a consistent stream of winners in four seasons including being the dam of a gift bird he gave to his pals R and G Jones and Batt of Rugeley that won 1st north-centre section in the BICC race from Wadebridge on 15th May 2021. This top hen was also a previous 1st prize winner.

On to the next Saturday’s race on the 5th June 2021 in the Heart of England Fed race from Purbeck against 1723 birds.

First Fed is bred from Steve’s outstanding breeder ‘Major Drum’ bred from ‘Skyfall’ our very good son of James Bond of Jan Hooymans  when he was coupled to ‘Genie’ probably the best breeding hen we ever bred from our renowned pairing ‘Drum’ with ‘Gerrie’.

‘Major Drum’ has bred with Steve Price for four seasons, being paired to two different hens and has bred 14 x 1st prize winners in that time including Federation winners and his 1st Section A and 4th Open in the Midlands Continental Flying Club’s Carantan race against almost 1800 birds. Dam of the Fed winner is a blue hen we bred from Blue Mike a direct son of Mona Lisa the number one hen of Mike Ganus when paired to to Mata Hari a daughter of our renowned breeder Outlaw with Zelda the last daughter of The Young Couple.

Second Fed was one of Steve’s original Jos Soontjen birds that has won very well for him over many years.

Third Fed was a multiple winning daughter of our BRONCO (son Cowgirl) paired with BONTJE 191 (HANNIBAAL x Dtr RANOMI). BRONCO himself has developed into a principle breeder  for us with his CV of top performance birds building up at an astonishing rate. One of our very best.

You can also read in the result of this same race that my mucca Dixie Dean Cartmell had a ‘Bostin’ race with 5th , 6th & 7th Fed and a few more early prizes and once again I am pleased to have contributed in a small way to his results.

Fifth Fed (1st Club winner) was bred who was also 1st club 5th fed last week he is out of a cock from Stu Inett’s matador winner of gold ring £1770 bred from a cock Dean gifted him through De Lorris off Koopman. Matador was paired to a daughter of Rebel (Drum x Gerrie) x Centrefold (Atilla x Little Star) to give me sire of the bird and the dam is a Van Loon off Thompson bros no 1 hen Queen Jean.

And finally Deans old reliable cock whose had 6 x 1sts and keeps trying at 19th fed and is off a son of Witpen Drum (Drum x Little Star) x Sister to Rik Hermans Charlene when paired to a hen from son of Chipo x Liberty (Ailla x Little Star) from a joint breeding we did with Micky Betts.