The Duif Chronicles On line – www.syndicatelofts.com

Wervik a stone’s throw from the French border, played out last weekend in the spotlight in the first national competition of the 2021 season. Fancier Guido Vervaeke (70), a small enthusiast with barely 2 old birds and 9 yearlings in his loft trumped all of the big names who now know his name. With his pigeon clocked at 12.53.49 for a distance of 410,662 km and at 1268.19 mpm he was not only  the winner against 25,096 yearlings but also the fastest in the whole convoy of 59,407 Bourges racers. 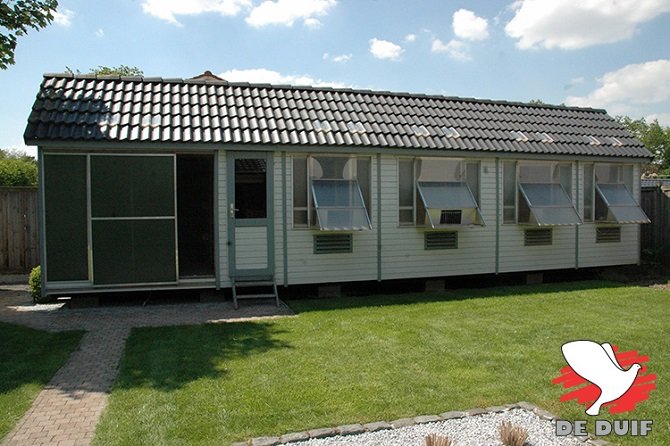 Guido is currently retired but used to work in a company in France which specialises in the stringing of tennis rackets. He is the fancier with the small basket but his mini colony had already proven with 4 zonal and 1 provincial victories to have a lot going for it.

The National victory from Bourges sets all previous ones in the shade and has been decidedly the pinnacle of his career.

Guido built his colony with pigeons by Jacques Callewaert-Van Oost, Torhout; Davy Tournelle, Rummen; Dany Labarbe, Wervik and Willy Dekeyser, Koekelare. He had 9 yearlings in the basket for Bourges and it is his 4th signed to claim the national victory.

The yearlings are raced on the classic widowhood system and don’t rear youngsters pre season. They are exercised 2 x a day for the full hour around home and from the vigour with which they exercise, one can already make a prediction for the result of the coming weekend.

Via Arras, Clermont, Fontenay and Chateaudun they went to Bourges. When basketting for a competition, the widower receives the nest bowl in its nest box and for a few minutes his hen keeps him company.

After arrival from a race the widower and his hen usually stay together until the next morning.

The winner is the B20/3100337 henceforth known by the name of “Jacques”. It is a dark chequered cock who, as a young pigeon performed pretty well last year. It is a rather long pigeon and a very alert pigeon. This comes directly from the loft Jacques Callewaert-Van Oost and was purchased via a Bon. 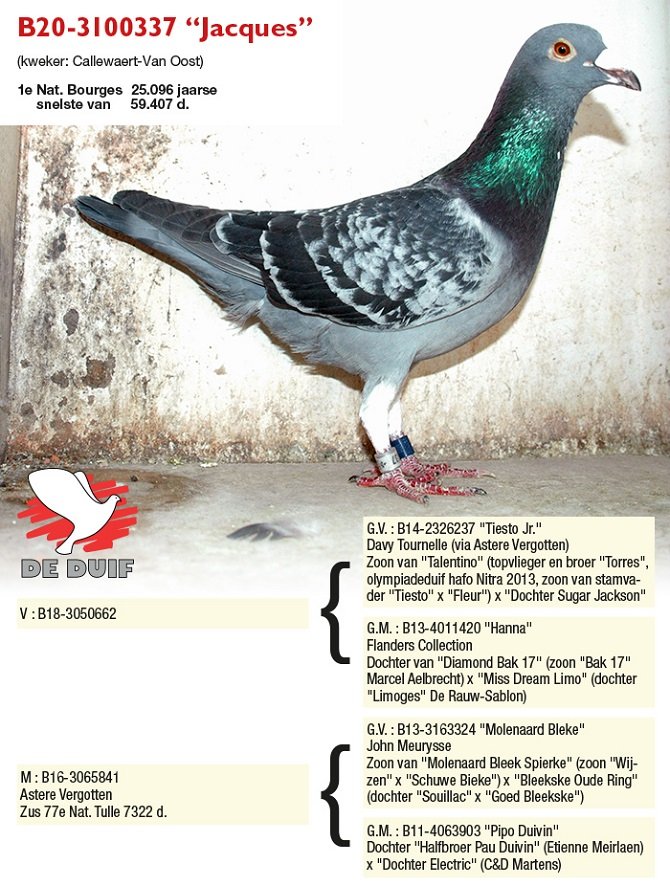 Guido was waiting for a latecomer from the earlier Chateaudun race that day and suddenly he saw a pigeon diving to the sputnik and at first thought it was the latecomer from Chateaudun. But he immediately saw that it was a chequered and this was his 4th signed from Bourges who with a lot of panache won the national victory. 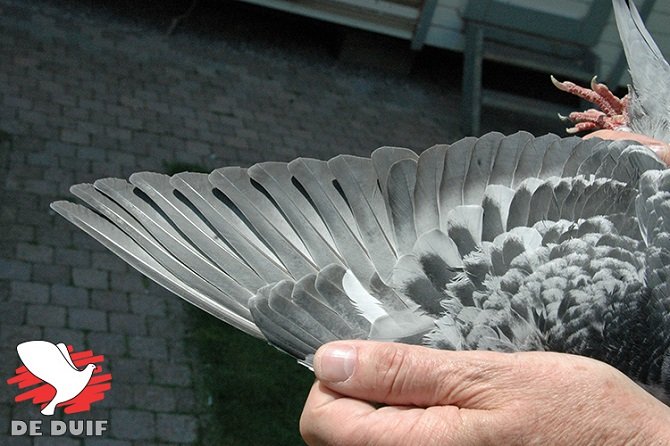 Guido feeds his widowers in the classic way. At the beginning of the week, lighter fed and as basketing day approaches, Sports Mix is introduced.

A fortnight ago, treatment was given against trichomonas with a pill “Trichocure” from Oropharma. No action has yet been taken against respiratory infections. In the racing season vitamins are provided during the week. Eye drops are not administered. 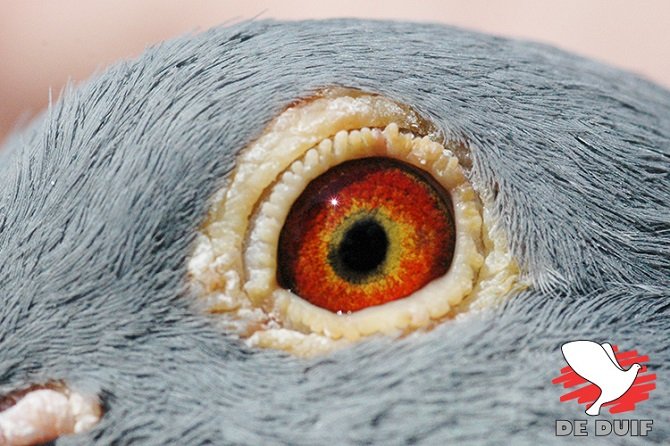 The places in Guido’s loft are limited and therefore the selection is automatic. The best can stay and that’s never many!