Handsome Harry ~ A Top Performer For Phil Bates and Son…..

Handsome Harry ~ A Top Performer For Phil Bates and Son…..

The last few seasons has seen Propere Rik develop into one of our best breeders with various hens and in the best of competition. A lot of information has already been documented on our website and Facebook.

One of the most successful pairings for Propere Rik  has been Sunday Girl a daughter of Harry. This is turning out to be an Ace pairing for us.

A recent report came from our good friends and top fliers Phil Bates and Son (Chip Shop Boys) of Bagillt, North Wales. They have a really good cock that they have named ‘HANDSOME HARRY’ that as a youngster in 2015 won   1st Club,2nd North East Wales and West Wirral Fed and 2nd Flint Gold Ring race from West Bay only beaten by a fancier flying 14 miles shorter and in the east.

The mother of ‘Handsome Harry’ was the first youngster we bred from Propere Rik and Sunday Girl in 2014 that they have now named ‘Jennifer Lopez’. As well as ‘Handsome Harry’ she also bred ‘Chip Shop Pete’ who won the very tough Carentan race in the hugely competitive Chester and District 2 bird Championship Club in 2016 as a yearling.

There is no doubt that ‘Jennifer Lopez’ will continue her breeding success as she is a young hen and there is also no doubt that Propere Rik and Sunday Girl will be responsible for many more National and Classic performers in the coming years. 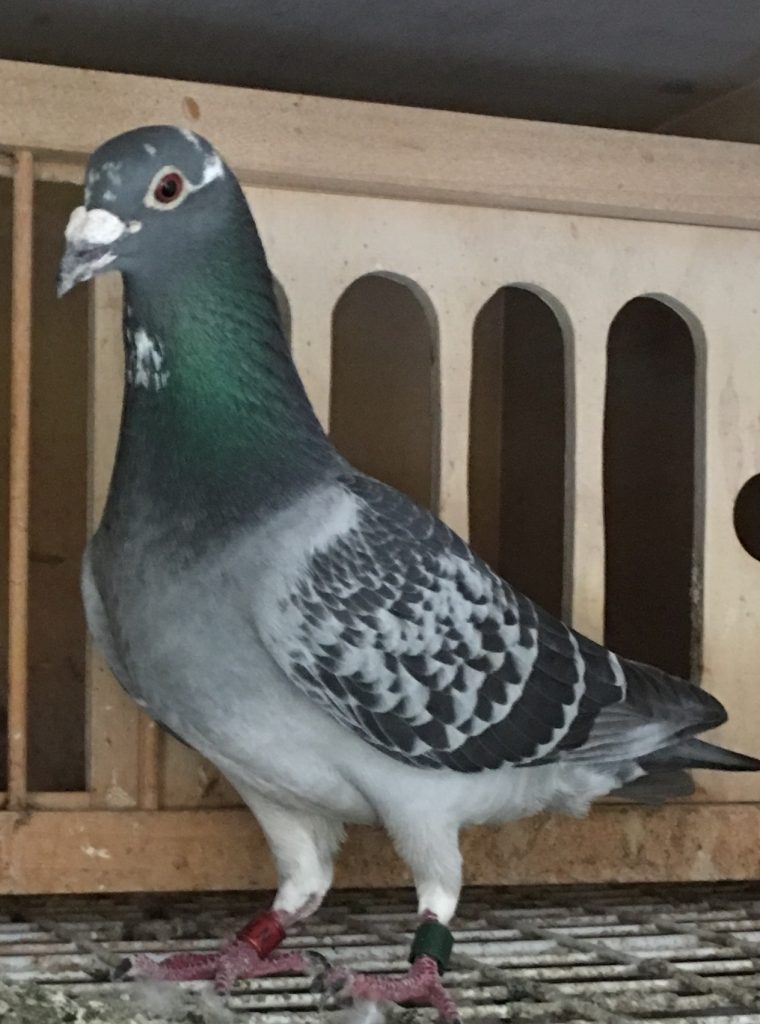 ‘Handsome Harry’ a winner as a young bird and Fed winner as a yearling and two year old. Bred and raced by Phil Bates and Son.

Propere Rik’ grandsire of Handsome Harry….note the colour pattern similarities including the white patch on his chest. 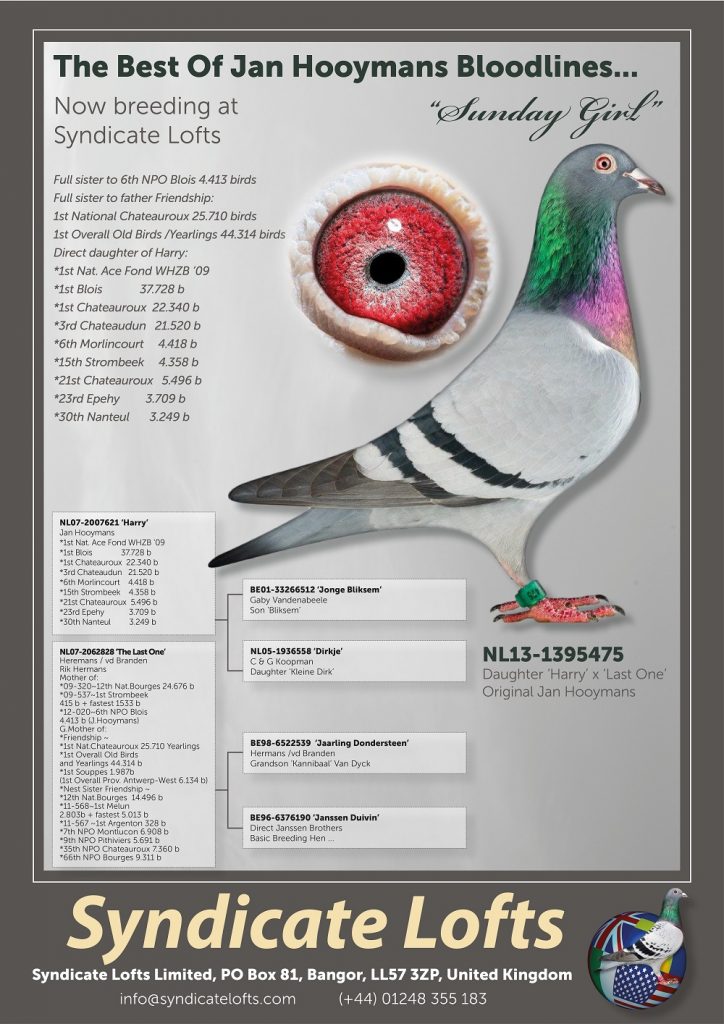 This is Sunday Girl a daughter of Harry when coupled to the incredible Jan and Rik Hermans breeding hen ‘The Last One’…Sunday Girl when paired to ‘Propere Rik bred the sire of 1st Section E,2nd Open NFC Messac 2017 for Mr A Stoner and Son and also the mother of  Phil Bates and Sons 1st Chester 2B CC 2016 and Handsome Harry.