The Scottish fancier Ian Hunter has made his specialty One Loft Races and has developed a breeding strategy and bloodline to be able to compete at the very top and in the most competitive races in the UK and Internationally.

I was delighted to hear from Ian that he won the very difficult Moledo Yearling Championship in Portugal in a good working race with a winning speed of 1223 m.p.m. and only three on the drop.

Moledo is on the Atlantic Coast in the northern part of Portugal and the Moledo Yearlings Championship is prospectively one of the hardest Championships around Europe. The terrain over the course is very testing and the pigeons have to cross mountains at end of the flight but the biggest test is the north headwind that prevails at that time of the year over the entire race …so the birds need resistance, strength, character, determination and the will to win to succeed…

Ian’s winner is a dark checker cock SU21-NW-4923 and is bred from a pair that although are still young have already shown great promise.

The cock of the pair is GB19A49665 and he is a son of our PORTUGAL PAIR that are writing a quite incredible C.V. for themselves not only for ourselves but many others in these races, including breeding ‘Blue and Lonesome’ the winner of 1st Ace Pigeon in the Algarve Golden Race 2017 with more than an hour and a half lead! Winning a car for her efforts. Her nest mate was also 1st UK Hot Spot Ace Pigeon in the last SCMDPR. 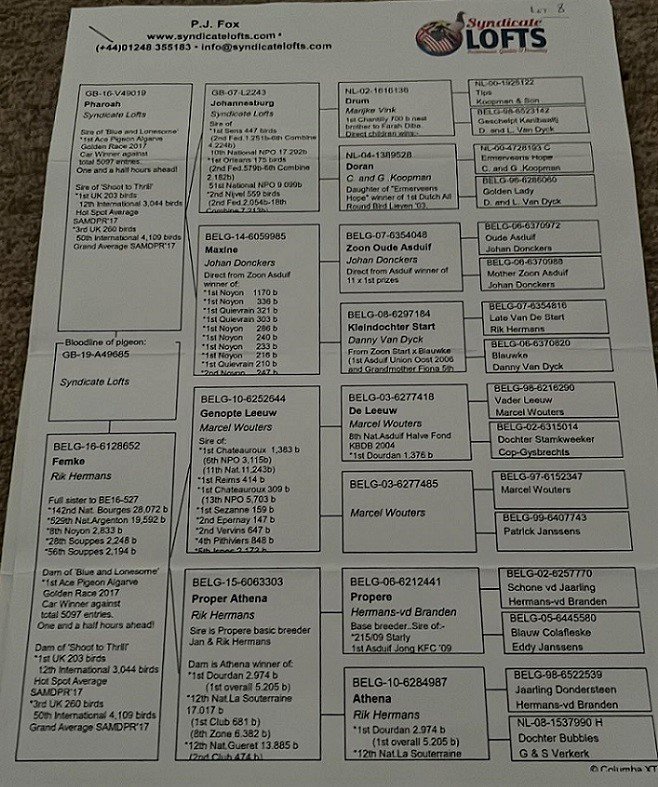 Son of the Portugal Pair and sire of 1st Moledo Yearling Championship 2022.

The hen of the pair is HU20-2010296 ‘The Firstborn’ bred by Zoltan Laszlo and Tamas Molnar from Hungary and was purchased by Ian from the Zagreb Derby 2020 after she won 11th in the semi final and 23rd in the final. She has a pedigree soaked in One Loft top performers in mostly central Europe that has some of the toughest contests in the sport. Take a look at pedigree, it takes a couple of reads at least to appreciate the level of winning DNA this hen has. 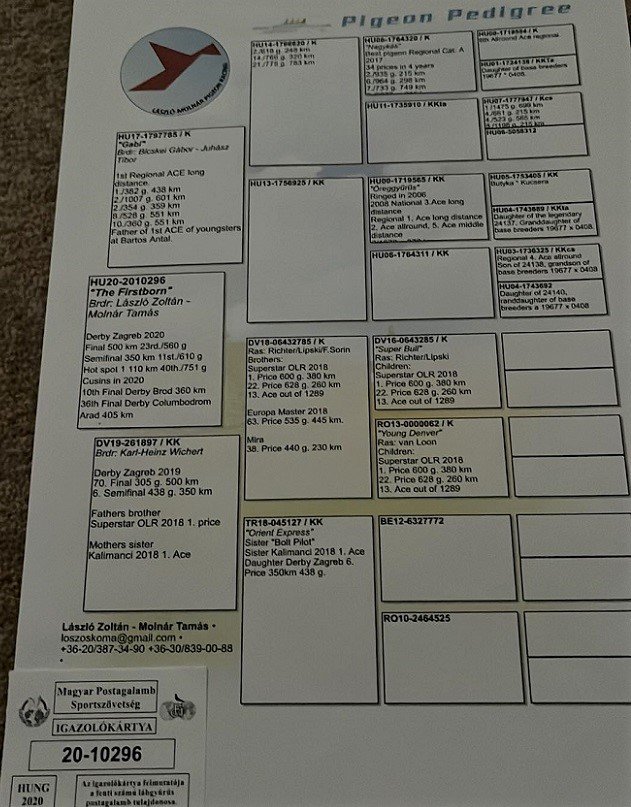 So Ian’s winner was certainly bred for the job.

This year’s Moledo Yearlings Championship was the 10th edition of the race and had a very strong entry of 2607 birds entered by 291 fanciers, many of whom are really top One Loft specialists with a very strong German entry. 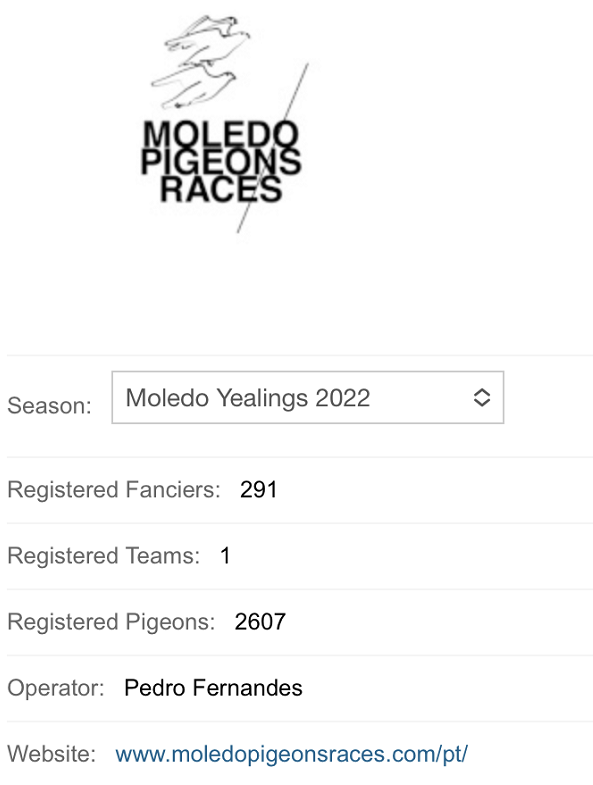 The final race was held from Alvalade distance of 435 km and 575 birds survived the training to the final start line. 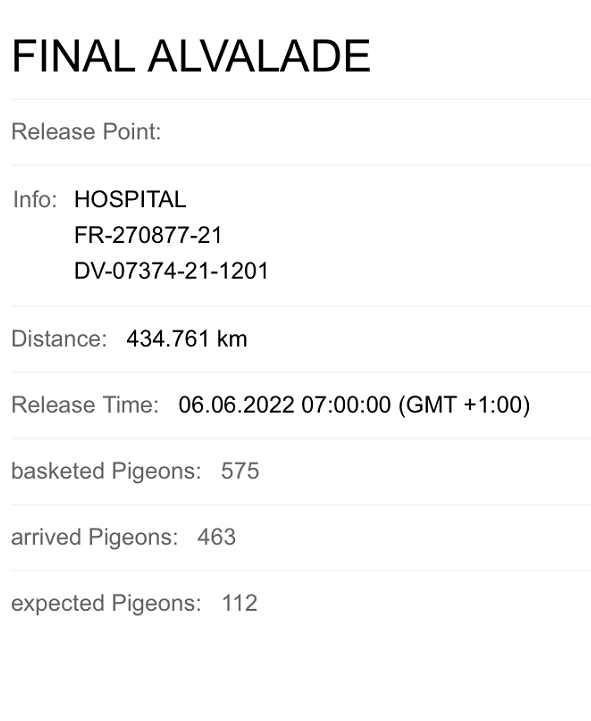 As previously mentioned Ian’s winner was the first prize winner from the three on the drop that had a very testing flight recording just over 1200 m.p.m.

Very well done once again and many congratulations.