On November 1st this year the final positions in the Pioneer Club were decided in Beijing (China). This elite club – where the cream de la crème of the Chinese pigeon Sport crosses the swords, is widely regarded as the biggest competition in the world, and certainly has the highest prize money.

The most important and prestigious title there is undoubtedly the Ace Pigeon, which was won in 2018 by James Huang, a Taiwanese businessman, based in Shanghai and in the Pioneer Club represented by Taiwanese top fancier Chen Yong-Shan, who races the Pigeons bred by James. 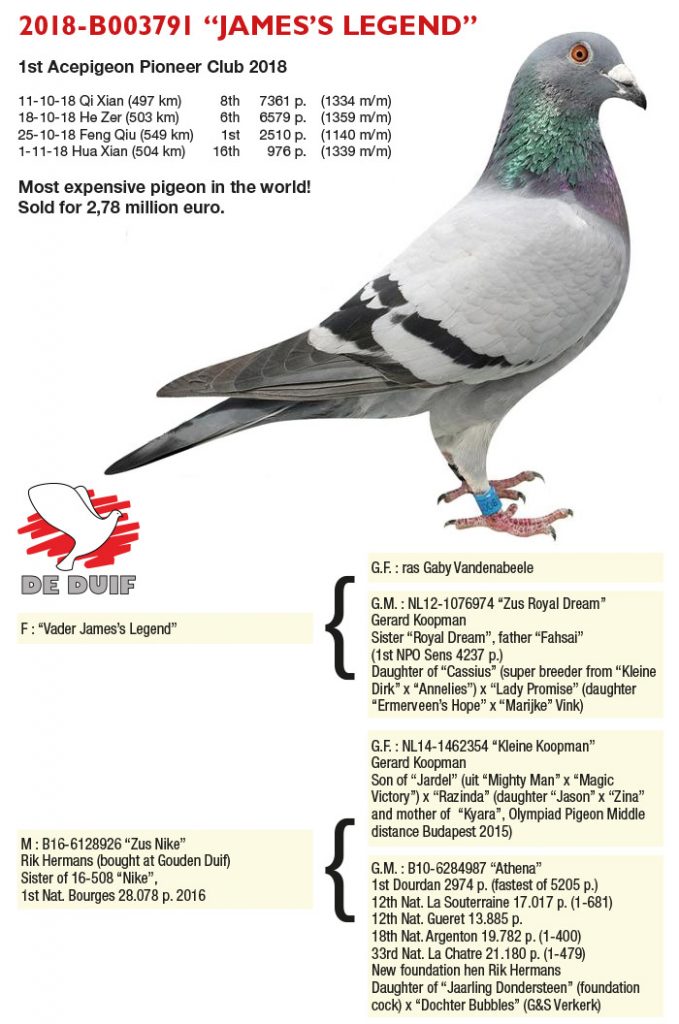 ‘James’s Legend’ 1st Ace Pigeon Pioneer Club ,China 2018 and now the World Record price pigeon at 2.78 million Euros! Parents of the father were purchased from the Golden 10 Auction and the mother was purchased at the Gouden Duif Gala Evening 2016!

The Ace Pigeon winner 18-791 was renamed “James’s Legend”, (which he deserves without a doubt) because never before has such an exceptional pigeon flown in the Pioneer Club; Four weeks in a row in the top prizes in four flights of 321 miles (500 km.) in different weather conditions (which contributed to the decrease in the number of basketed pigeons). On his own, “James’s Legend” won 7 cars throughout the competition, including a Mercedes G63 worth ca. €150,000. 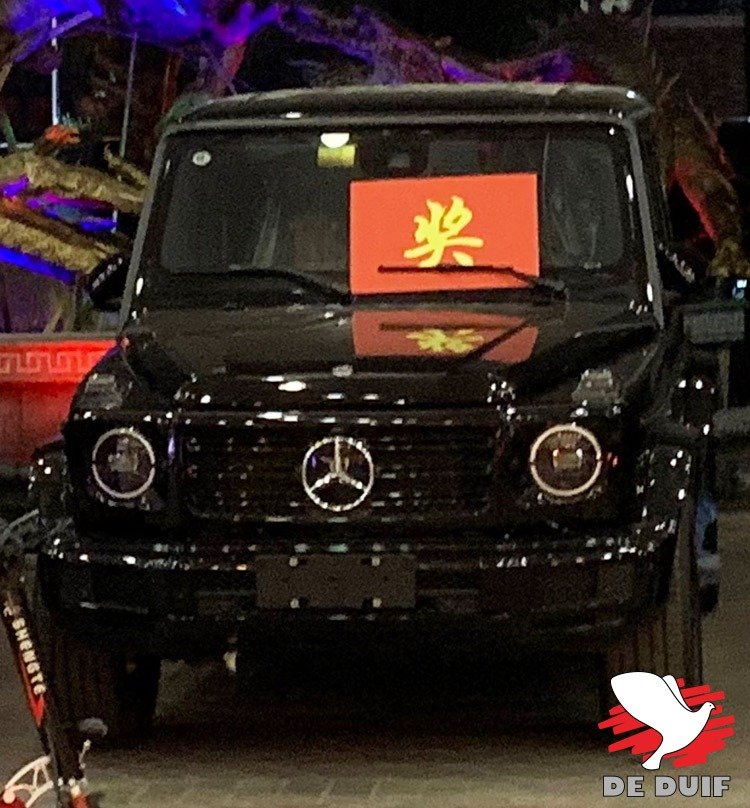 Besides the Ace Pigeon, James also won the title “Champion Loft” Pioneer 2018, and in total he was received the keys of no less than 13 different cars!

On November 20th of this year, the auction of the Prize winning pigeons from the Pioneer Club took place, and after a long bidding battle, James could take home his ace pigeon for the unimaginable amount of 22 million Chinese yuan (renminbi), which works out at a cool €2,788,000… An absolute world record! 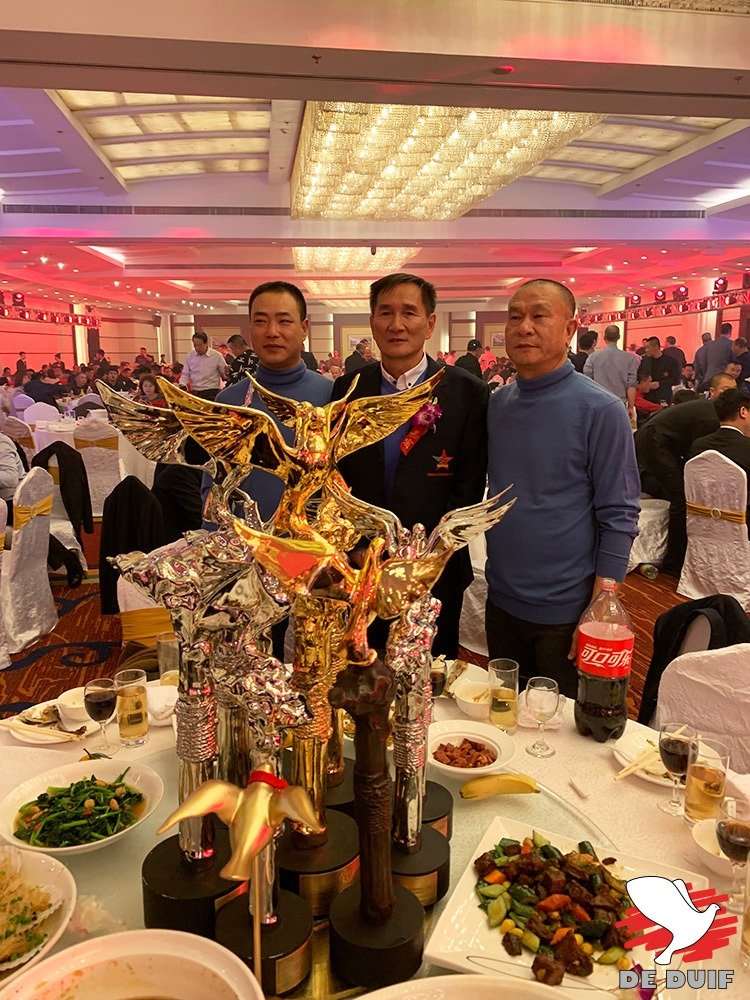 James Huang himself bought his Ace Pigeon winner back to return to his own loft in the charity auction of all the winners (part of the proceeds is donated to charities). Because of the unrivaled records (both sporting and commercial), he baptized his winner “James’s Legend”.
James finally wishes to thank everyone for the many messages of congratulations he received. 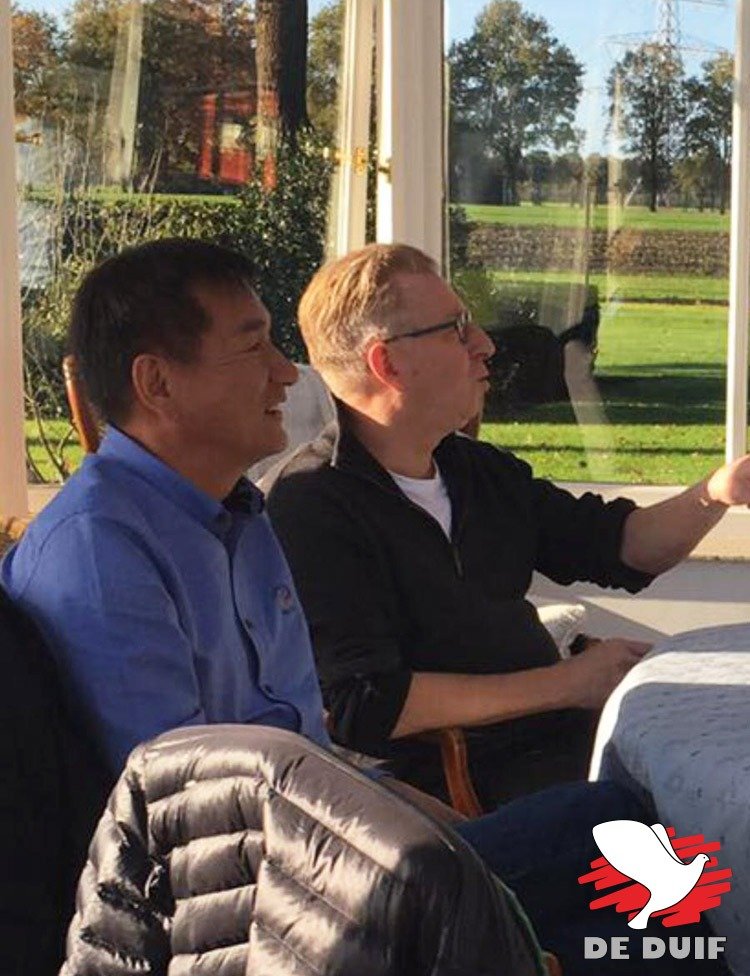