Ossendrecht – On Saturday 3 July, the Grand Prix Issoudun was flown, the only National One Day Long Distance race that the Netherlands has on the calendar. At 6.45 am the starting shot sounded for the almost 34,000 pigeons. Given the moderate weather conditions on the spot and what the pigeons had to defy along the way, there are question marks to be asked about the decision to liberate. This is also evident in view of the large differences in arrivals and the long duration of competition.

But as always, every flight has more than justifiable victors. It’s striking to see that at best in a lot of places the more experienced really good pigeons appear early or miss out.

The national victor is the 77-year-old Jan van Oosterbosch from Ossendrecht and it is his widower 18-3806173 who immediately must have taken the right path and with a speed of 1561 meters per minute already stayed ahead of its competitors.  When returning home he shot over the loft, causing his boss to think that he was a stranger. But after a few laps of honour and clapping around, he fell on the landing board. 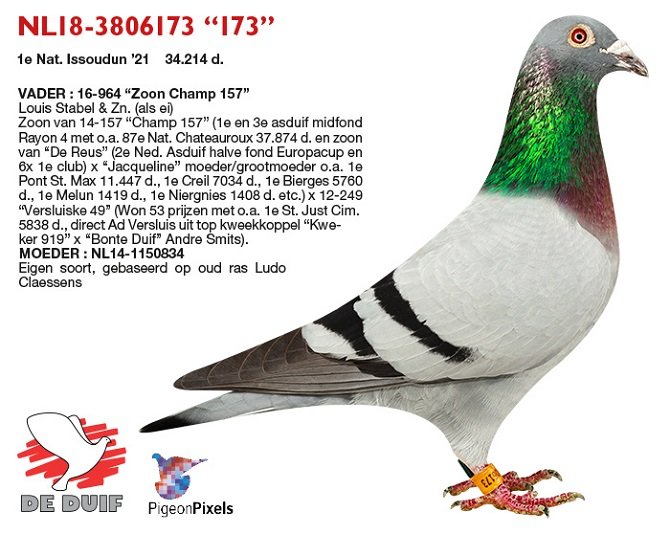 The 173 has been a promising pigeon. As a youngster he already flew in the region at the head and last year he was the best of the loft. This along with his loft mates was his first one day long distance race of the year and he achieved this great result.

His father is from the loft Stabel and son of Goirle. There he was bought as an egg in 2016. He comes from the Champ 157, son Giant 2nd Nat. Ace pigeon Middle Distance European Cup, with t’Versluiske 49 which was a good racer and is a very good breeder in the Stabel loft. The mother of the 173 is of the old kind of Ludo Claessens but here there is no pedigree. 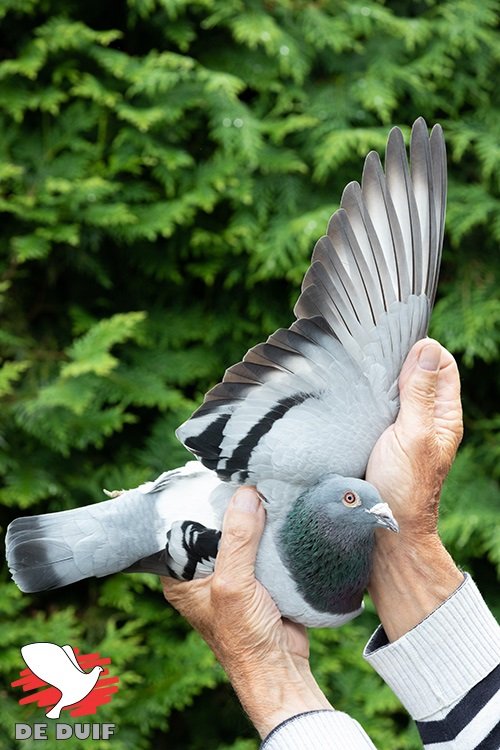 As mentioned, the old birds are raced on traditional widowhood, they are well looked after but certainly not too much fuss. The loft houses only 18 widowers, 5 of whom have been lost and a team of 35 youngsters. Given the age of Jan, but especially the problems with his lungs this is more than enough for him. 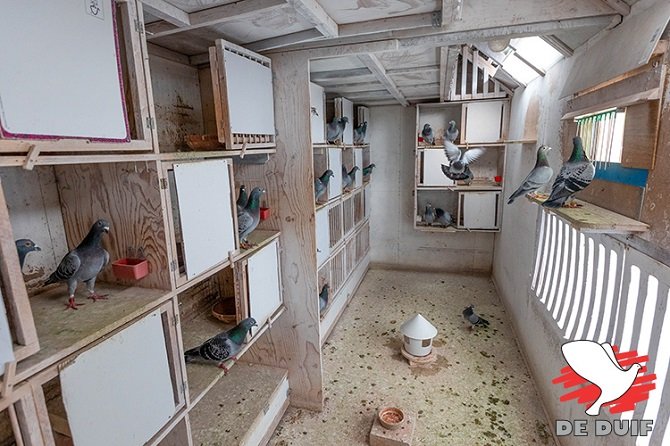 Every day the widowers go outside twice for exercise. Every day they receive a mix of different feeds of Vanrobaeys and Beyers.  The most important thing is keep them eating.

The pigeons receive hardly any medication, but a lot of Aerosol from Dr. Brockamp is used. Since he has used this both in the youngsters and with the old birds they are hardly bothered by eye problems.

So the day after the victory you could clearly notice that this experienced enthusiast was still very excited about the victory and the attention of his friends and the media.

It took him a long time to believe he was a national winner. Especially when it took an hour for his second pigeon to arrive. “Maybe the pigeon could have been an escapee?”

However, when the victory turned out to be a fact, he and his pigeon friends could then have a celebratory drink!

Pigeon racing is more and more an elite sport, but fortunately a victory can also fall to a small loft.