Had a call from Ken Wise yesterday reporting his top pefrmances in recent National races.

First bird was a previous club winner this season and is bred from a son of POPERE 10 x JEAN GENIE paired with a daughter of KLEINE GERARD x SISTER FRIENDSHIP the super pair of Florian Hendrix the young Dutch Champion. 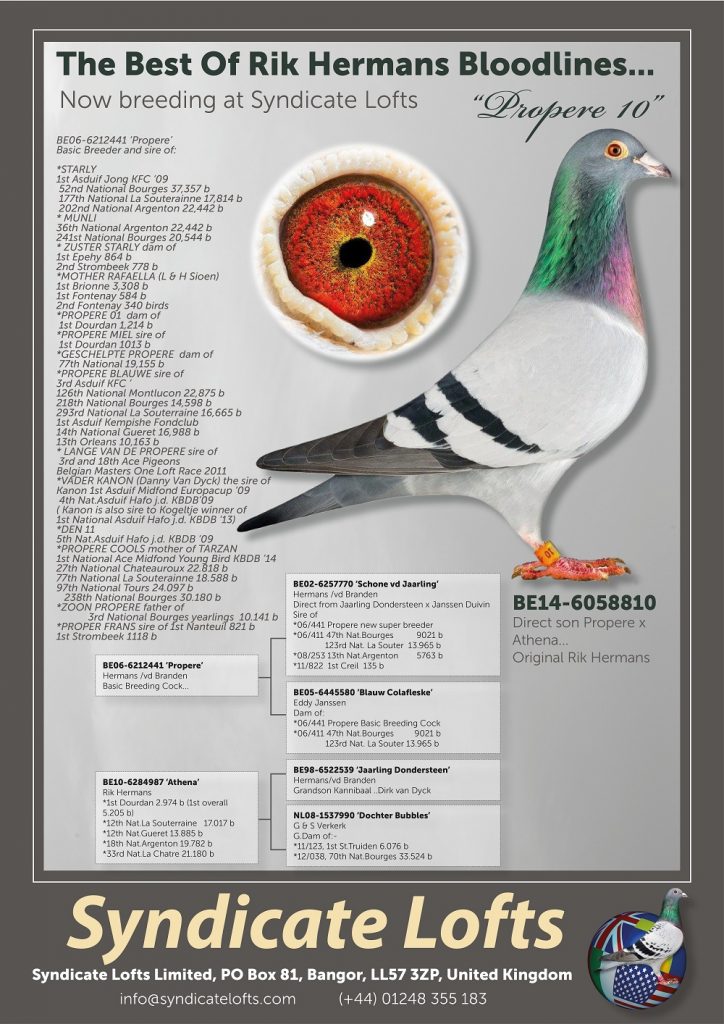 PROPERE 10 (Now deceased) our fantastic breeding son of PROPERE and ATHENA bred by Jan and Rik Hermans.Tim Atkins has one son of PROPERE 10 breeder of muitple Federation top ten winners including 12 x 1st winners and 1st Section I NFC Fougeres ’20 against 580 b. The late Tam Blair from Scotland bought the first one from PROPERE 10 that bred him 1st North West Fed Alnwick against 1,106 b in his first year. Miles Foster Sons and Daughters own BLUE FOX a son of PROPERE 10 that bred 1st Prize in the Algarve Great Derby One Loft Race Hot Spot 3 from Vimierio against 2137 entries. Their pigeon ‘White Cap’ also won 8th Prize in the Hot Spot 2 from Evora against 2205 entries the week before. What is quite exceptional is Foster Sons and Daughter won the 1st in the RPRA One Loft Race Hot Spot 2 against 799 b from Ashbourne against 799 entries with a full brother to ‘White Cap’. So two siblings won two 1st Hot Spots in two different One Loft races in two different countries within two weeks. Another full brother to these also won 9th prize in the Final Race and 5th Ace Pigeon in the 2019 RPRA One Loft Race.

Kens second bird was bred by his good friend Brian Murray from a son of our old base cock GLYNDWR (Son Young Couple) with HEIDI a really good breeding daughter of KONING and KONINGEN of Andreas Drapa that we owned over ten years ago. The blood just keeps on winning at all levels. Dam of the second bird was one of Brians established De Klak line hens that have done very well for him. 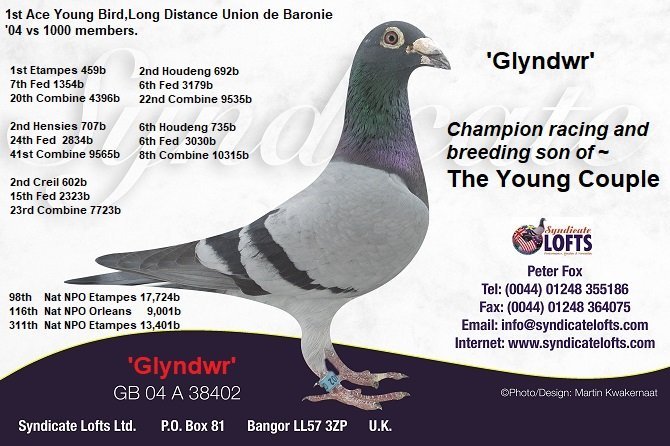 Glyndwr a brilliant racer and top breeder for us. His bloodline just keeps on winning almost twenty years later!

Ken was also provisonal 36th Open NFC Young Bird National on Saturday against 1872 entries with   one bred from a son of our HERO AKA SON FRIENDSHIP  (Son Propere 42 a brother of Propere Rik x Friendship from Rik Hermans)  x CALENDAR GIRL (Caliph x Martina daughter of Drum x Gerrie).    Dam of the winner was bred by John Crehans from Flash Harry a son of Harry and Mystique (Drum x Doran). This bird also won the club for Ken two weeks ago. 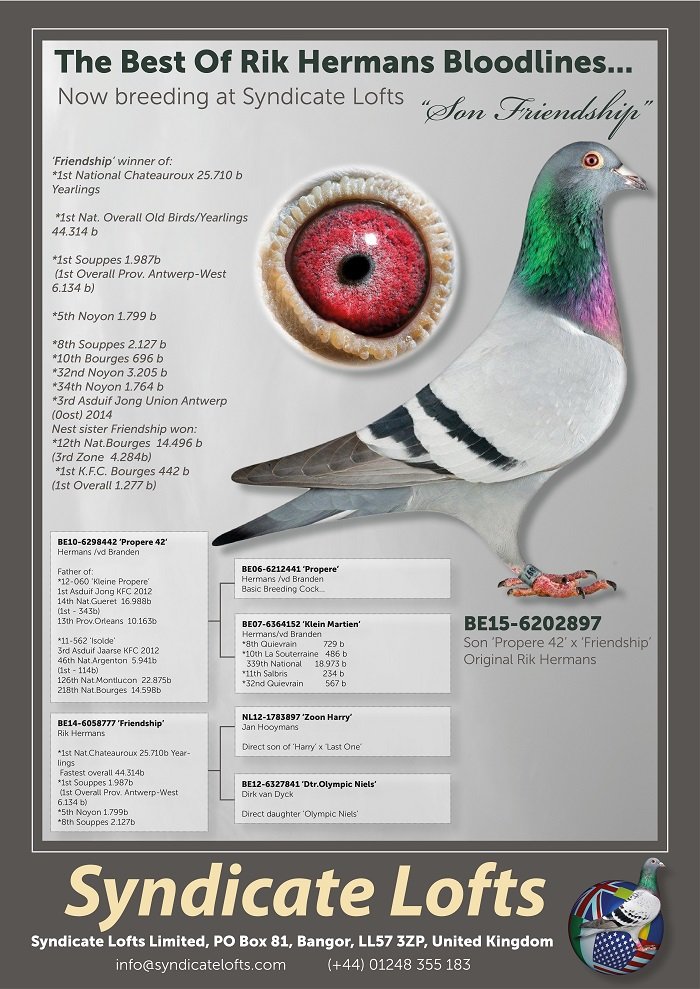 A son of the world renowned FREINDSHIP of Rik Hermans. Without any doubt one of the worlds best racers and breeders of the last ten years!

Many congratulations and best of luck for the rest of the season.