*This is GB09L18854 ‘Son Teofilo’ an absolute stunning cock and top class breeder for Maurice O’Donnell, ABU Lofts that he bought from our auction in Dublin in November 2009.

I had a message from Maurice O’Donnell the well known Irish One Loft Race specialist to report yet another great performance in the recent South Africa Million Dollar Pigeon Race with a grandchild of the famous ‘Teofilo Cock’. He entry ‘Liadain Eight won 1st Ireland &  56th prize in the Final against 2531 entries on a tough day.  He also won 1st Ireland and 60 International Hot Spot Averages. 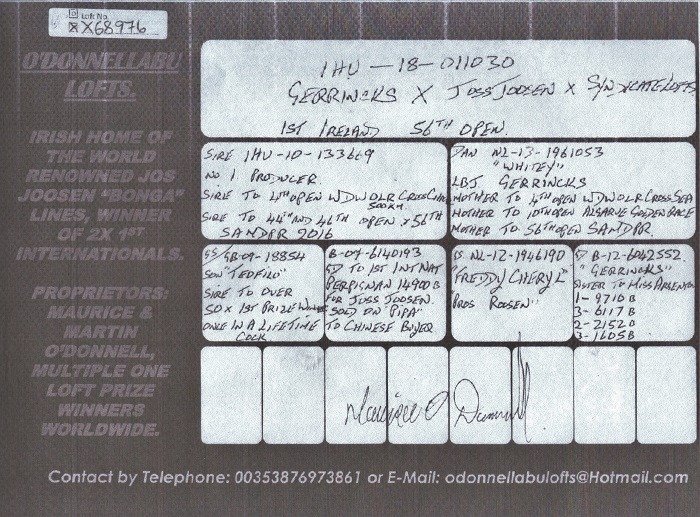 Maurice now reports that the ‘Teofilo Cock’ that he describes as a ‘Once in a Lifetime’ pigeon has now bred over 50 x 1st prize winners.

‘The Teofilo Cock’ that is now owned by Karl Donnelly was bred from our ‘Teofilo’ bred by Marijke Vink paired with ‘Rosetta’ a hen of supreme quality that sadly finished laying young. She was bred from Casanova a Dutch National Ace Middle distance winner paired to ‘Syndicate Britannia’ our Las Vegas Winner 2001 and once again its ‘Topo’.

Johan Van Boxmeer my Dutch Friend once said to me that ‘Most fanciers like pigeons as they like the Dutch Flag. One day they like Red then Blue then White.’ Meaning it all depends on the fashion of the day. ‘Topo’ was just a great bloodline that proves itself time and again , even all of these years later. Even after ‘Fashions’ have moved on! 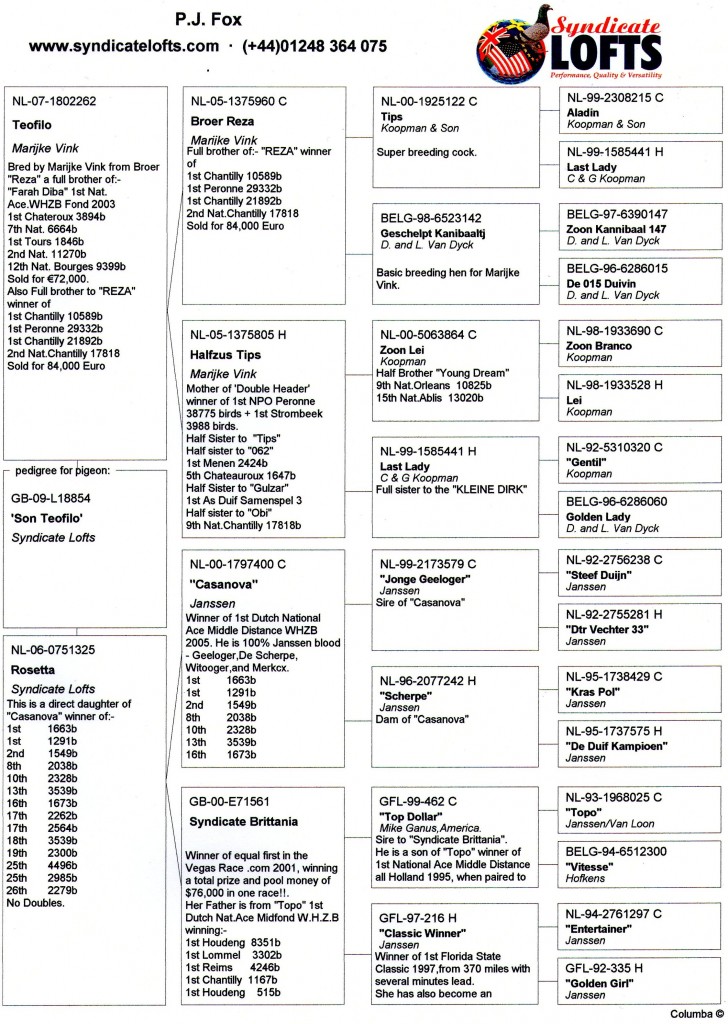 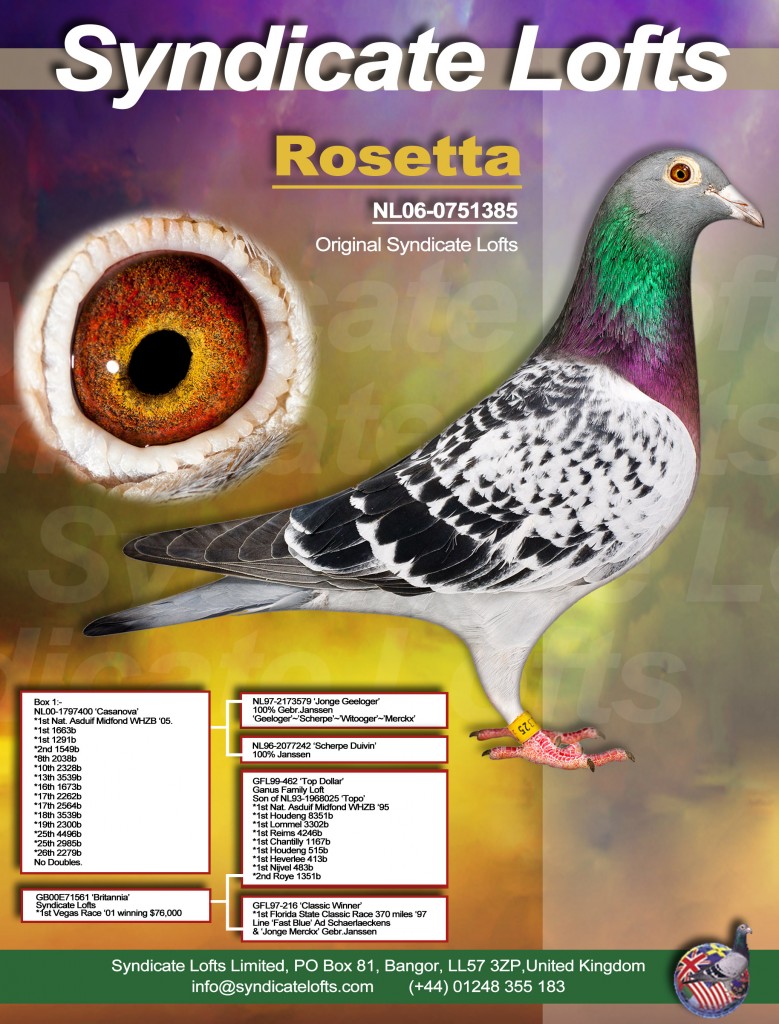