Third race of the season was from Morlincourt a distance of 280 km.

Very nice indeed to win another 1st however we would have liked a better team performance as we experienced big gaps. It was however a good working race and the team can only improve as a result.

Our first bird was NL20-1608518 a winner last year of  1st Club 463 birds, 14th Combine Nergnies  against 3914 birds and 5th Club 294 birds, 41st Combine Sens against 2305 birds.  He was bred by Jan Hooymans from a cock on loan from us ‘The Golden Witpen’  bred by Peter Embregts. He was coupled to a daughter of Harry that had previously been on loan to our breeding loft from Jan Hooymans and bred our super racer Caesar winner of 7 x 1st prizes. We hope ‘518’ his full brother is of the same ability. 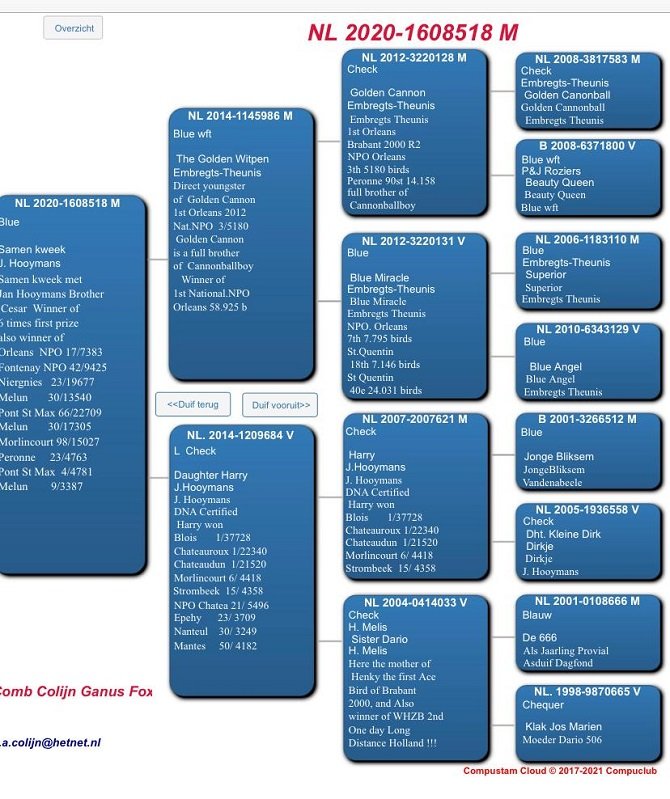 Our second bird was NL20-2009601 ‘Special Boy’ our 1st Provincial , 6th National Ace Young birds from last year , scoring for the first time this year. He is from ‘Special One’ our top breeding son of Harry coupled with Favorite a daughter of Junior last son of our Young Couple paired with Rhiannon. 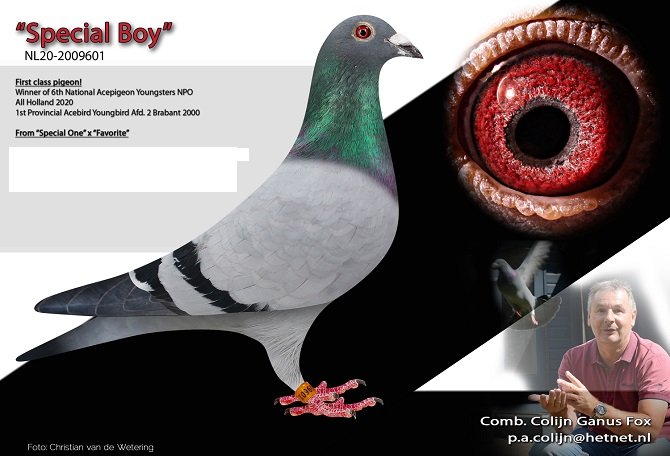 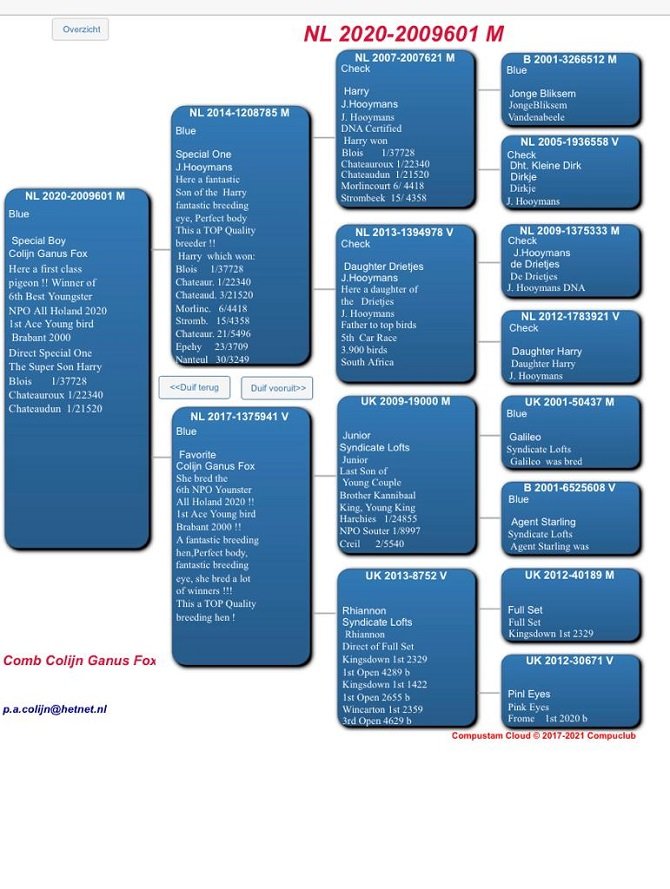 ‘Special Boy’ scoring for the first time this season… 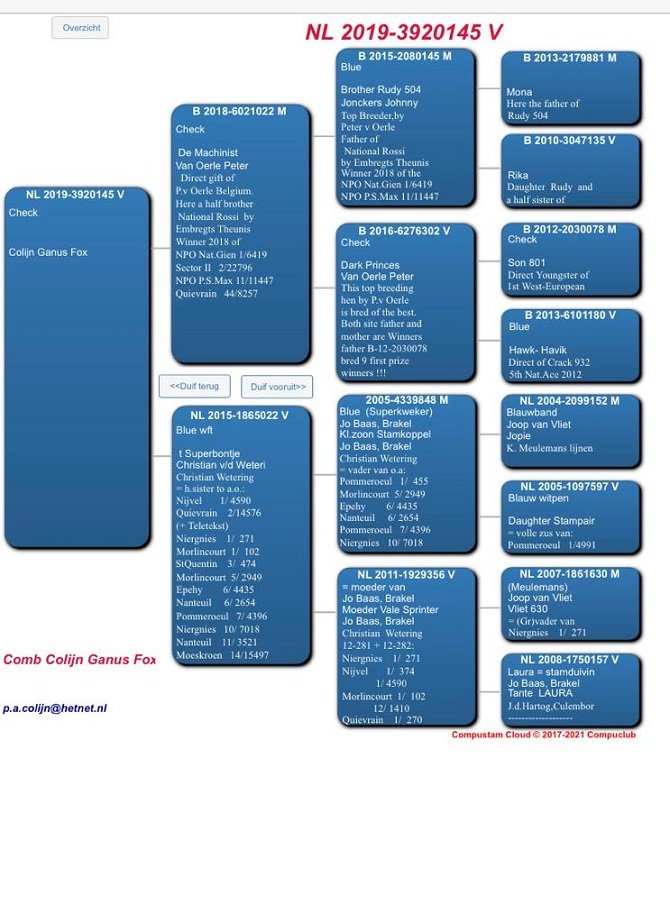 Our fourth bird was NL18-3811037 a blue white flight cock and a previous winner from Montlucon bred from Dario of Jan Hooymans  coupled with Paris a daughter of Super Rossi the super racer and breeder of Peter Embregts. 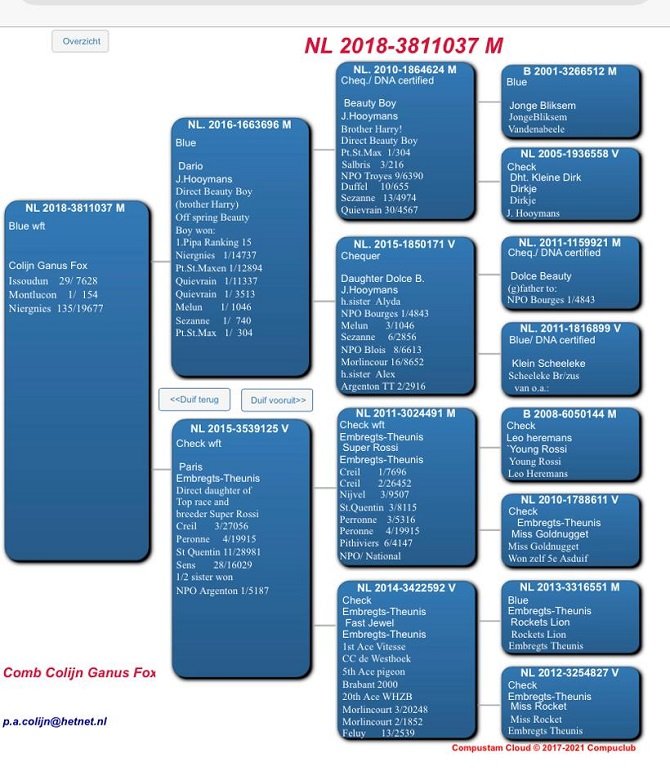 Our fifth bird NL20-2009604 was a yearling checker hen bred from Bruce a son of New Harry coupled with Ivana a daughter of Granger and Rhiannon. 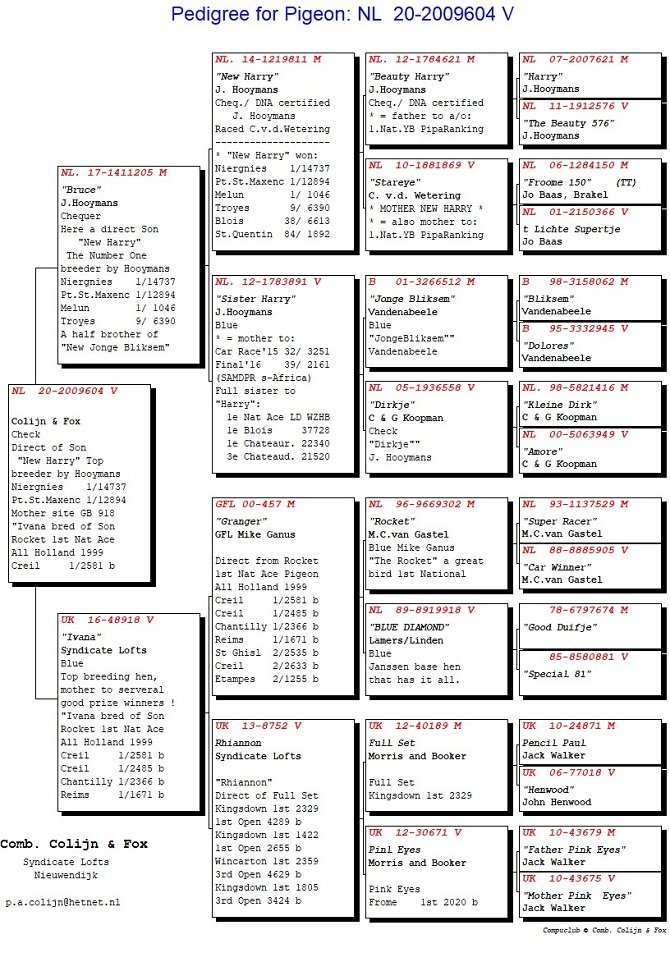 Our sixth bird was NL20-2009602 the nest sister to Special Boy  bred from ‘Special One’ our top breeding son of Harry coupled with Favorite a daughter of Junior last son of our Young Couple paired with Rhiannon. 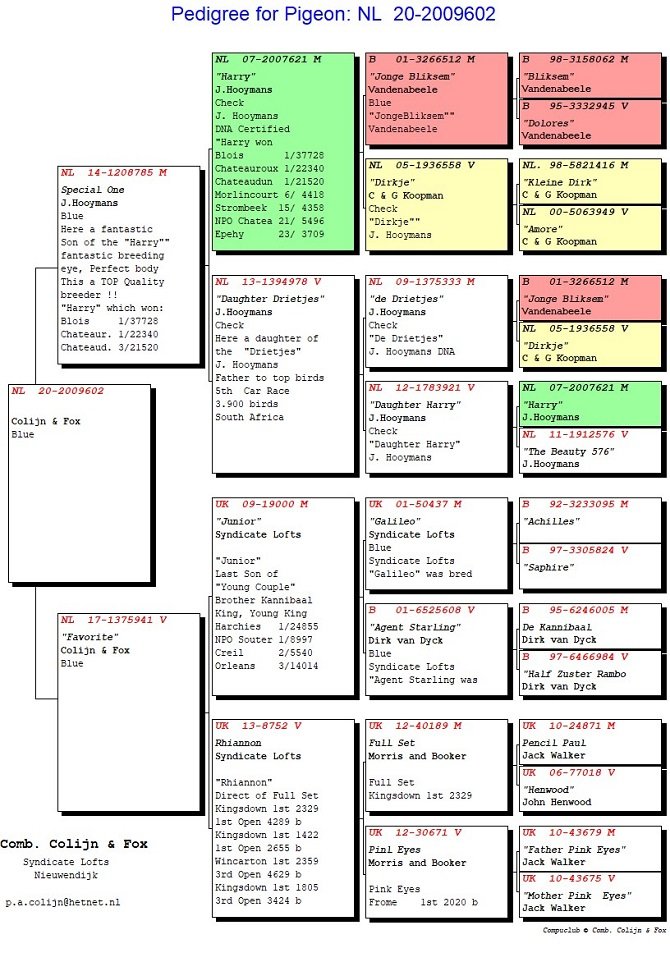 Our sixth bird yesterday and nest sister to Special Boy…

We must also offer our sincere congratulations to Brian Bolton and Team for their super result yesterday winning 1st Provincial Morlincourt against more than 17,000 birds plus 5th,7th,19th,22nd , 24th,25th,26th and many ore early prizes. Top flying by any standards.