Very pleased to see another grandchild of our PORTUGAL PAIR scoring in a tough final race. This time it is MYLIE bred and entered by Robert Bean to win 15th in the British Masters Final Race 2021 from 420 km against 419 birds in a very tough race indeed. Headwinds and a very heavy rainstorm for the last 100km to the loft in Brighton.

Sire of MYLIE is STREET FIGHTING MAN a son of PHAROAH and FEMKE… THE PORTUGAL PIAR… and he himself won 13th in the British Masters Semi Final in 2019 and 16th in the Final in yet another extremely tough race before Robert purchased him from the after race auction.

Dam of MYLIE is GB20V56391 one of the first ever children from SOLOMON a new up and coming young breeder at Syndicate Lofts bred by Koopman from JERSON his Olympiade Ace Pigeon. Dam of GB20V56391 is MOONSTONE a daughter of CALIPH our old basic breeder son of REZA when he was paired to MARTINA  a son of DRUM x GERRIE.

Very well done indeed Robert and hopefully this is only the first success from your very young pair.

We must also mention TONKER TOY the winner of 4th place in the same British Masters Final Race entered by Mark Ward Team Tinks Treasure and bred by Kevin Hibbert of Rotherham whos birds can always be relied upon in the Finals of any One Loft Races. He was bred from Kevin’s  top breeding son of  two of our well known basic breeders of the past TEMPO a son of DE JAN and LITTLE STAR the super breeding daughter of DI CAPRIO. This cock has previously bred 33rd in the very difficult South Africa Million Dollar Race Final in 2019.  Dam of TONKER TOY is a daughter of BLUE FOX a full brother to FOXY LADY when he was coupled with VENUS a daughter of WAR DRUM. 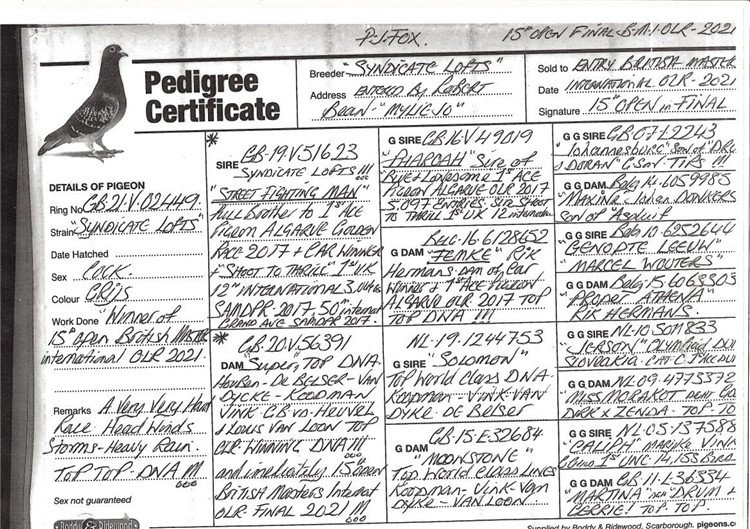 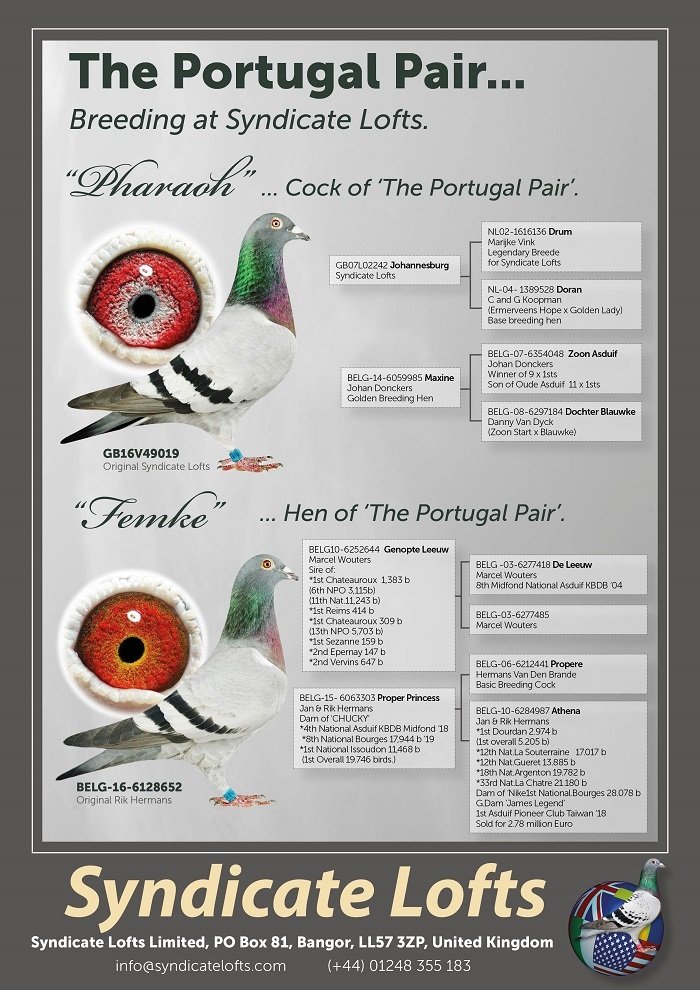 Another grandchild of The Portugal Pair scored in a tough Final…