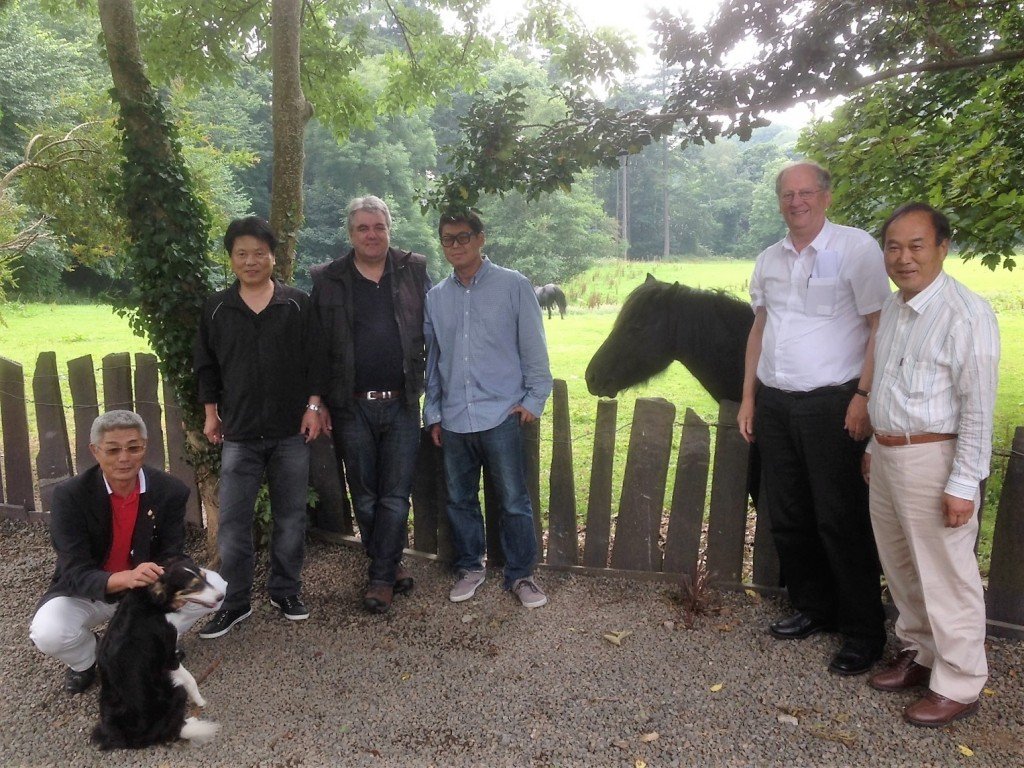 News from Rik Hermans reporting his pal Tadashi (Standing between me and Jan…not the horse!) from Tokyo’s great result from their 300km race last weekend where he took the first five positions against 1350 birds.

We are very pleased that once again his winner is down from  GB13V28525 ‘Kamisori Bomber’ bred by us from Bandit (Outlaw x Rowen) and Moonglow (Drum x Joy) and is now a quite exceptional breeder  for his new owner Hiroshi Ideura in Japan.

Tadashi’s winner was bred a son of JAPAN14-KA37733  Blue Hen ‘Ururu’ a daughter of ‘Kamisori Bomber’ bred by Hiroshi Ideura  when he was coupled to  the hen JAPAN13-PE06722 bred by Akio Uchiyama Line : ‘Annelies'(Koopman) and ‘De 019′(Gebr.Janssen). She was coupled to a Cees v/d Graaf cock.

She was entered into  the Hiroshima International loft  which is one of the most prestigious and toughest  One Loft Races in Japan in 2014 where she was very consistent in the preliminary  training races winning 89th at 50km,64th at 70km .17th from 90km and 10th from 100km all from over 2,500 birds per race. She then won 6th against 1155 birds in the Fukui-Tsuruga race 300km , 35th against 958 birds in the Mikawa race 400km and then 4th against 618 birds in the final race from Kurobe 500km.

Mother of Tadashi’s winner was bred from a son of Danny Van Dyck’s ‘Nieuwe Zoon Di Caprio’ paired to a 2015 hen bred by us from ‘Mario’ (Son Di Caprio) with ‘Simply Perfect (Drum x Agent Starling).