Hallaar is a municipality in the province of Antwerp and a suburb of Heist-op-den-Berg.

Roger is a retired farmer and Nick is an electrician with the Belgian railways. Together they form the ideal partnership and they have 3 Zonal and 6 Provincial victories on list of honours.

They built their colony with the “White 6” from the combination Pol Maris, Berlaar-Heikant x Lucien Saliën, Bearzel. This Saliën hen became the basic stock  hen of the colony. 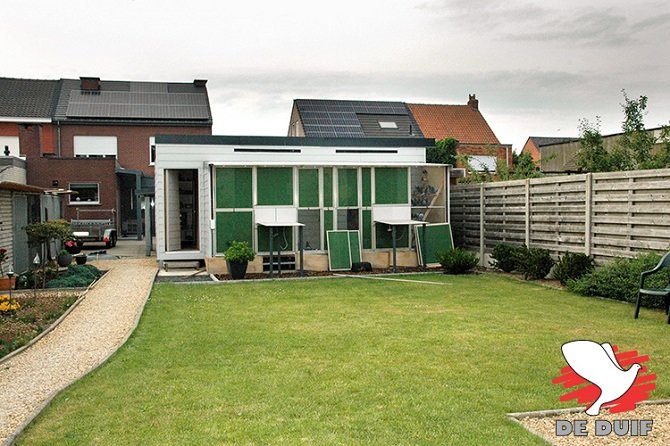 They also have an excellent hen from Gaston Van de Wouwer of Berlaar and there was also been shared breeding together with the Vermeerbergen-Wilms partnership of Mol.

Roger and Nick had 6 olds and 14 years old in the basket for Argenton. The racing team won a nice number of 16 prizes from 20 entries.

A team of 14 cocks and 15 hens is raced on classic widowhood (partners at home). There are another 110 youngsters as a guarantee for the future. One part of the cocks, including the national winner, and some of the hens have reared youngsters pre season.

The problem arises in the exercise of the racing team. Exercise is carried out twice a day, but the pigeons no longer fly for longer than 10 minutes. Roger would prefer that they would train longer and with more vigour but the pigeons are no longer yours once in the air. But “exercise doesn’t say everything” is proven to be correct with the achievement of the National victory from Argenton.

The National winner is the B19/6036708 “Sparrow”. It is a quiet blue, slightly above the midsize, which in 2020 also won 16th National Guéret. Although there were about a dozen watchers present, no one saw the arrival of “Sparrow”. 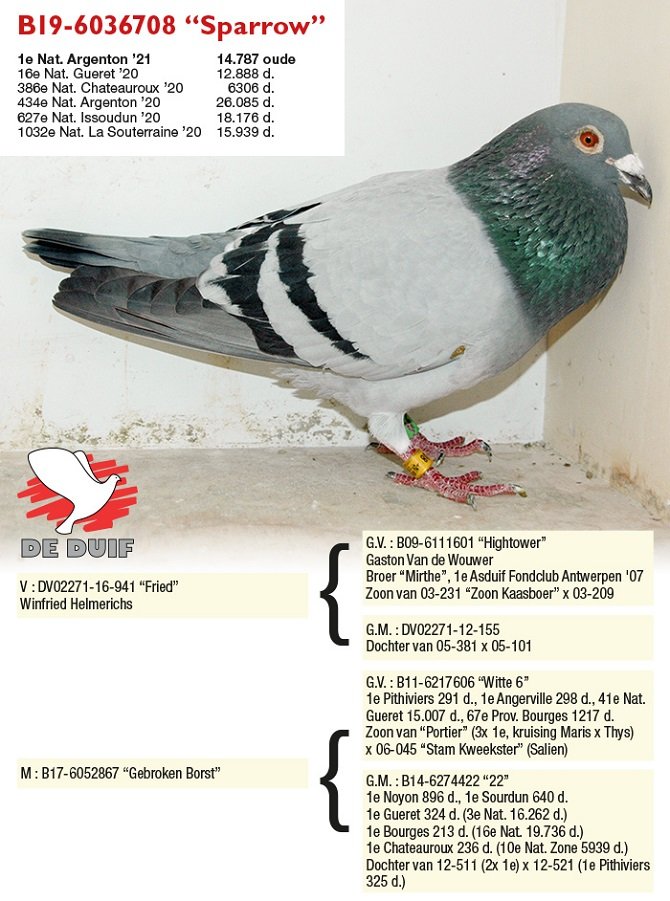 “Sparrow” then put the tower on the church from Argenton!

Before basketing the Cocks and hens are not shown their partners. They  do however stay with their partners after arriving from a race for a few hours.

At the beginning of the week they are fed a lighter mixture but from Tuesday onwards the feed is strengthened. Roger and Nick put their confidence in the mixtures of AIDI.

Medically, things are kept very simple. Before the start of the racing season, a treatment for 5 days against trichomonas. Furthermore, “yellow drops” administered during the season after the return from a race. Vitamins are provided Tuesdays or on Wednesday. 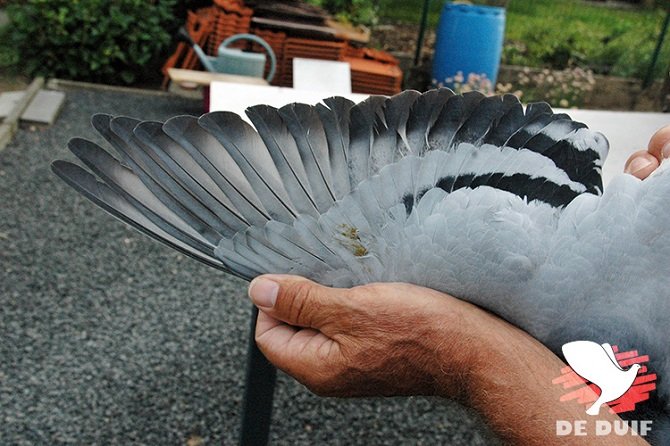 The selection is also hard and the basket is the final arbiter for both old and young birds.

La Souterraine will be the next fixture for the race team. In any case, we suspect with this great National victory for this father-son team that we haven’t heard the last of them.