Always on the lookout for new bloodlines we could not ignore the whispers around Belgium and the Netherlands in the early years of the Millennium about the super results of Anton Reynaert and his daughter Hilde from Passendale in West Flanders.

Mike Ganus, Peter Colijn and myself visited Anton and Hilde Reynaert in the Autumn of 2004 and although nothing was available from De Figo’ or his parents I did buy a 2003 yearling cock from their race team bred from De Keizer a brother of Figo and this yearling cock hit the Bulls Eye for us straight away.

We could only place our name down on a waiting list for future direct children of ‘De Figo’ but could only order two a year so we placed a recurring order for two every year starting as soon as possible the year after in 2004.

Over time this resulted in a fine cross section of the ‘Figo’ bloodline and although not all were great (that is normal) some to out to be great and one in particular a 2006 late bred ‘Outlaw’ was head and shoulders ahead of the others and he became one of the very best cocks ever to breed with us at Syndicate Lofts. 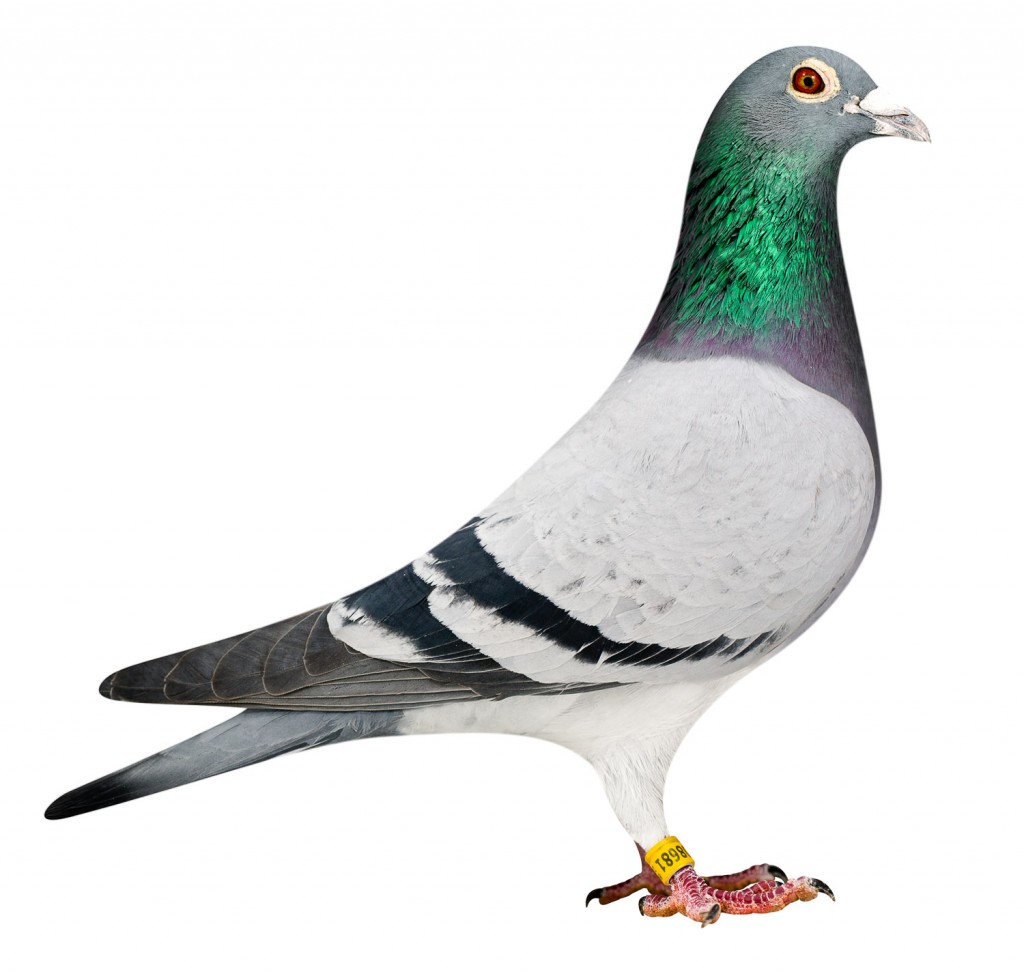 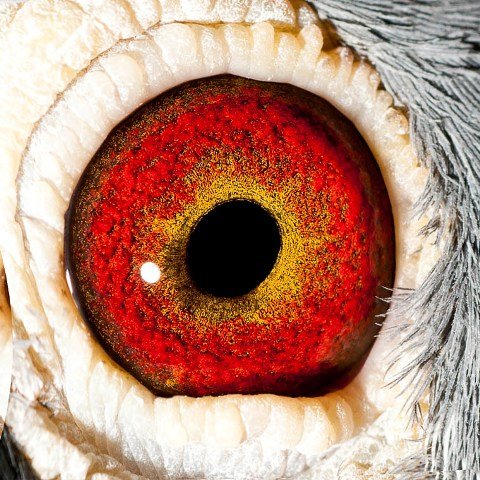 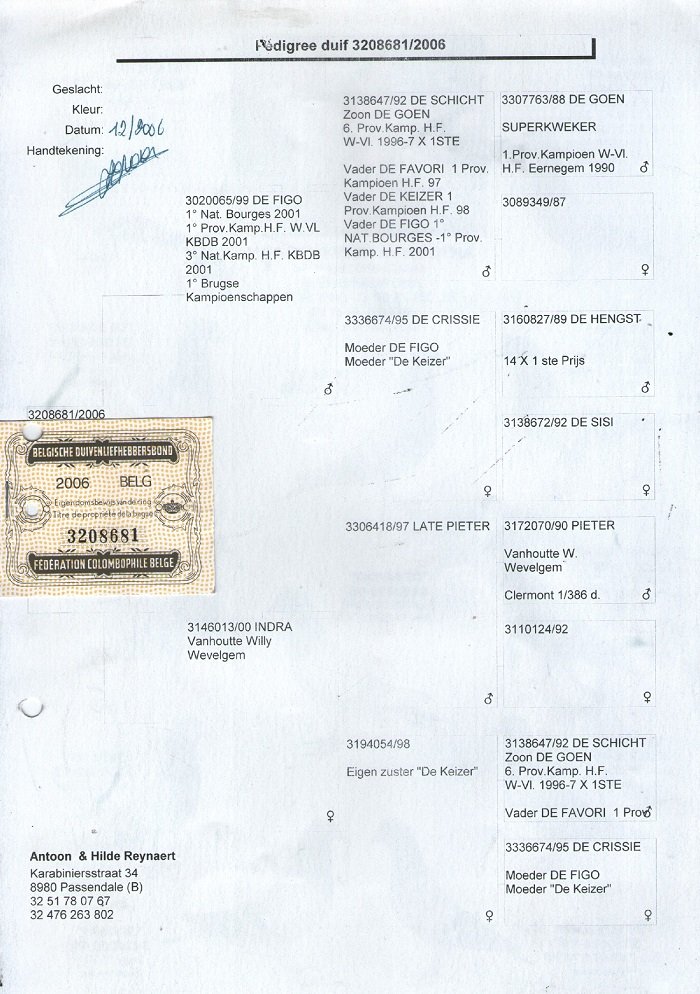 The faith in this bloodline was later confirmed in no small way by the world renowned Dutch flier Kees Bosua winning 1st & 2nd NATIONAL from ‘LE MANS’ 2005 against 99.104 pigeons …and with two fastest pigeons out of 120.936 participating pigeons winning the first prize with ‘De Kerkduifje’  and also in 2005 her full brother ‘Kannibaal’ won 1st Olympiade Ace Pigeon All Round in Porto.  These two real supers were bred from ‘De Kleine Figo’ a 2002 bred full brother to ‘De Figo’. The impressive thing was Kees Bosua already had super pigeons and for a new line to make such a difference it had to be very special.

It was also a bit of luck that we actually had ‘Outlaw’ breeding with us in the first place. This was the time that Premier Stud was being established and they also wanted some directs from ‘Figo’ to compliment their fine team of Kees Bosua pigeons, however obtaining them was not so easy as we had found out. I met my good friend Brian Bolton who was sourcing the birds for ‘Mr Sparks the owner of Premier Stud and Brian knew from Father and Daughter Reynaert that I had my name down for two children of ‘Figo’ for that year , and Brian asked if I would let them buy one of my two.  As Brian is a friend I agreed that they could select the cock  and I would take the hen.

Brian subsequently visited the Reynaert’s when the nest pair was ready and selected the cock as agreed and I had the hen. It turned out they were nest mate cocks so we both had cocks. The nest mate to ‘Outlaw’ also went on to become a sensational breeder at Premier Stud and was named ‘Opera House’.

It seamed that almost every other month the ‘Figo’ line was proving to be of exceptional breeding value and non was less striking than BE08-3172902 ‘De Super Prins’ of Gino Clique one of the best middle distance pigeons ever raced in Belgium winning 2nd National Ace KBDB himself and responsible for a golden line of National Ace winning offspring and once again having the incredible ‘Figo’ bloodline in its full glory inbred all through his pedigree.

Not a bad start!! And ‘Lewis’ went on to be a very useful breeder as well with good winners still reported through  his offspring …in fact Dean Cartmell of Worcester won 1st Heart of England Federations Frome Race in July 2022 against 1453 birds by 55 ypm with a cock  that had already taken 16 club cards and 10 x fed top 10 cards , bred from a daughter of ‘Lewis’. 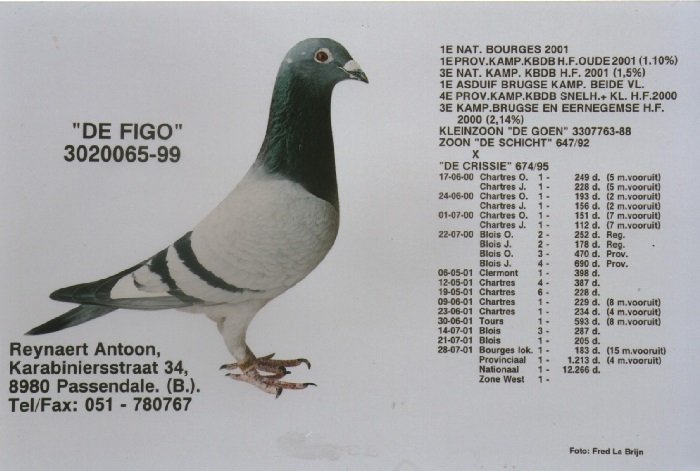 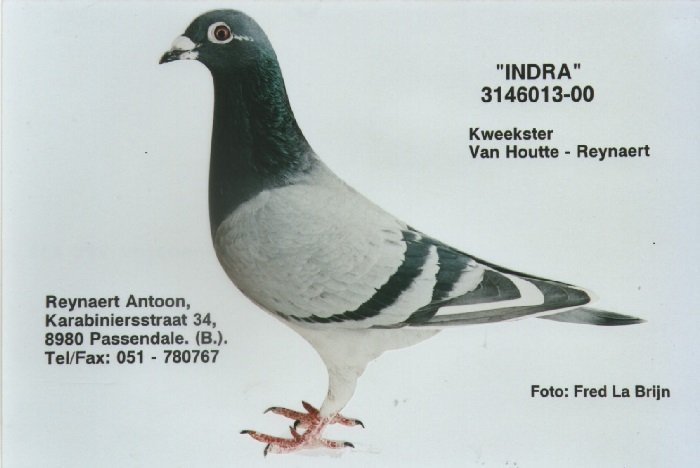 This outstandingly beautiful hen is ‘Indra’ the dam of ‘Outlaw’… 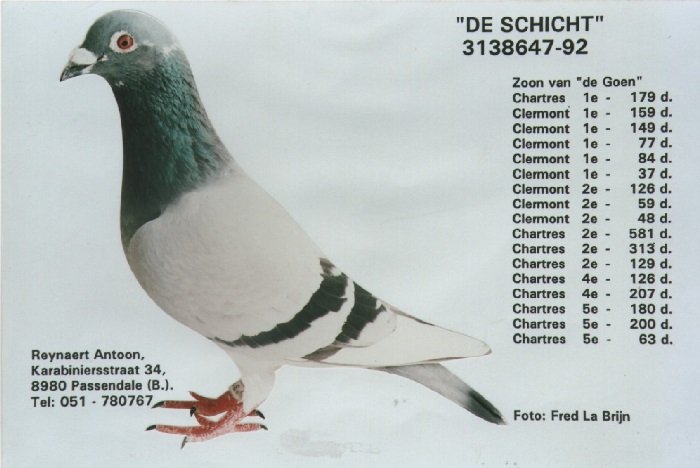 Some bloodlines are successful for crossing but most of the time they are not, however we have retained some prime specimens and some truly incredible individuals to retain this DNA as close to the source as possible.

It is now time to move the line forward with a new cross to give us another  10 to 15 years and we are 100% certain this will be by using children of the Thomas 6 (Grandson Romario) now owned by Mike Ganus and becoming a world breeder very quickly when he is paired to daughters of Romario.

This bloodline is derived from ‘Mattens’ x ‘Sissi’ and ‘Josef’ , again both very potent lines over many years at the highest level and totally compatible with the ‘Outlaw’ and ‘Young Couple’ genes. We can only thank Mike for his skill and ability in his selection process for picking out these individuals.

Anticipation of more winners…why we love this great sport!