P & T Reece and Phil Bates and Son..Outstanding from Holmsley MNFC and Chester 2B

P & T Reece and Phil Bates and Son..Outstanding from Holmsley MNFC and Chester 2B

Its always a nice visit from Neil and Alfie the next generation  Bates , Son and Grandson?

I had a very welcome visit from Neil Bates (Chip Shop Boys , Bagillt) and Alfie a really proper young gentleman.

Neil reported the latest Provisional results for the MNFC race from Holmsley (Portsmouth) which also included the duplication of the very competitive Chester and District Two Bird Yearling Championship.

When we initially started breeding with ‘Drum in 2005’, in fact  the very first eggs were gifted to my very good friends Phil and Neil Bates and little did we know right then that it would begin a ‘Chain Reaction’ of results starting with ‘Foxy Pete’ (The first one raced from Drum from one of the eggs) that would become  renowned in the Pigeon Sport.

As most fanciers are aware and is well documented our policy is not really families of birds but more of pre potent lines crossed and enhanced as much as possible once we have identified the winning lines. Drum was of course an unknown quantity at the time but once again the Kannibaal and Kleine Dirk genes would prove quite dominant, and it is still quite astonishing looking at the current classic and National results just how dominant they still are.

We have very carefully selected and crossed various lines to avoid the inevitable inbreeding and loss of vitality and although over the years many crosses did not work well, quite a few very much did to the very highest level through tough selection in the races. Its really the only way forward or the line will be lost and we then resort to the next great Fad or Mania that usually flatters to deceive once the initial euphoria has died down.

Right now we are moving the line on with our new breeders like ‘Foxy Lady’ and ‘War Drum’ that are the results of crosses and testing to keep this line vital. It is clear from the breeding details included here that mixes the tested old lines with new DNA and it is probably correct to say the results are now better than ever. Demonstrated by results.

Although the season has had a disrupted start and is still quite early, the amount of  reported results of winning Fed and National and Classic Section wins has been quite astonishing in the first few weeks. We will work on an update to this article featuring these reports over the weekend.

These results were only achieved last Saturday so are obviously Provisional. 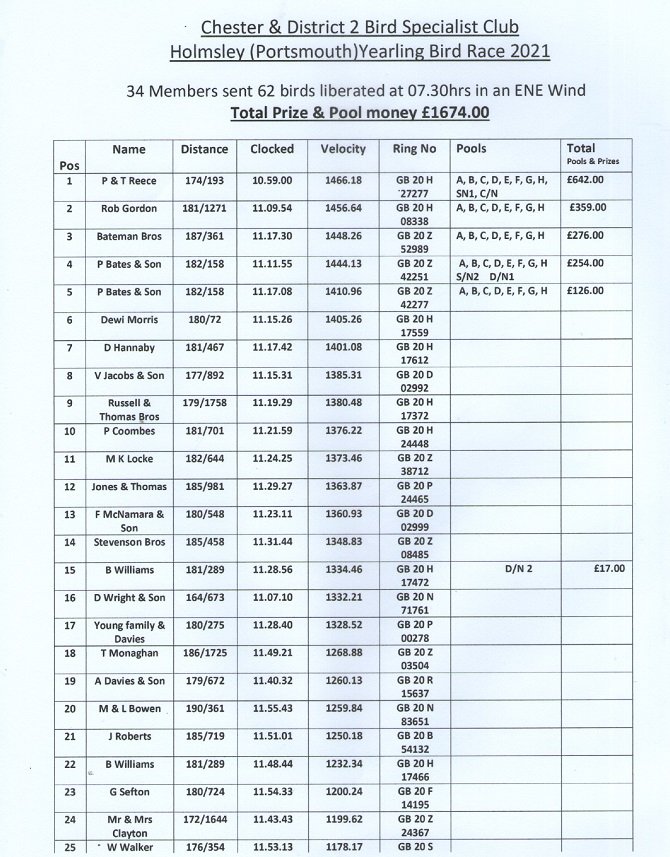 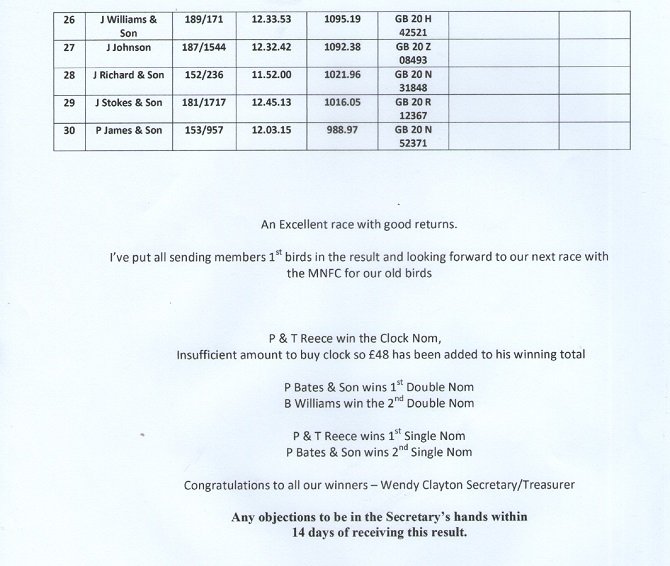 First we must congratulate a real good guy Paul Reece of Buckley racing as P and T Reece. They have been flying exceptionally well this last few seasons and they deserve all of the success they achieve. Their yearling hen is provisionally 9th Section 937 birds and 13t Open MNFC Holmsley against 4887 entries, so should feature in the top 25 open final result. She was also 1st Chester Two Bird Yearling Race winning £642 in the single Nom Pools and Prize Money.

His winner was bred from a son of Adams Brothers Midlands National winner that actually beat ‘Foxy Lady’ into 2nd ! Winners paired to winners breed more winners !!  The dam was bred by our mutaual friend and top flier Garry Inkley from ‘Churchill’ a son of ‘Johannesburg’ (Drum x Doran) Garry had on loan for a while paired to an inbred ‘Dutch Master’ hen, so ‘Drums’ brother. 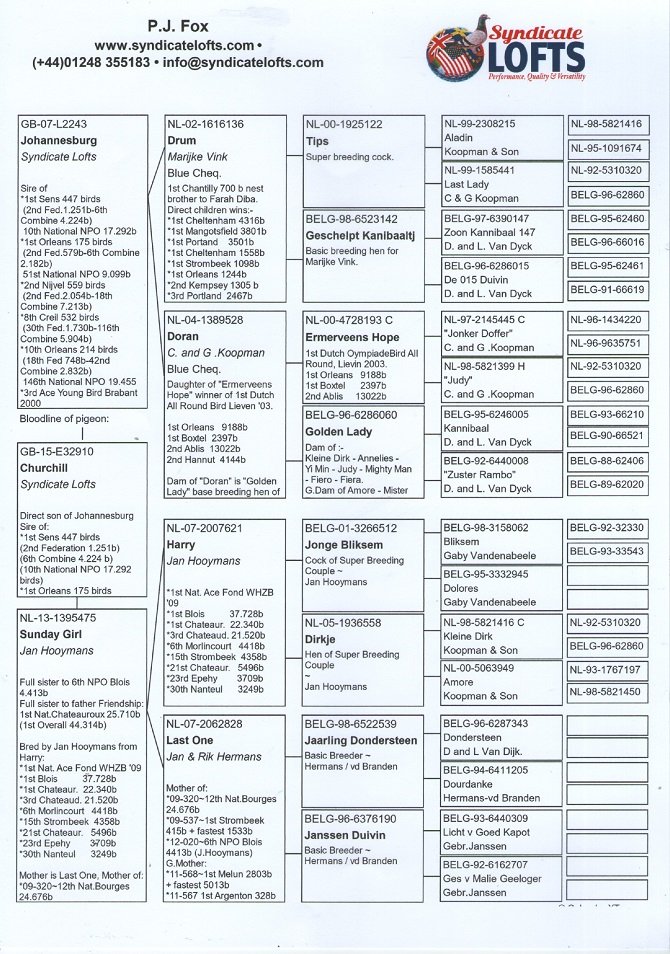 Phil and Neil Clocked their super three year old hen ‘ The National Hen’ to win Provisionally 12th Section 937 birds and 16th Open so hopefull a top 30 finish in the final result. This hen is the prototype of a racing hen being small to medium sized , very well muscled and is really beautiful. She is a previous winner of 6 x 1st prizes and topped the Wrexham Fed from Eastbourne last year against 882 birds. 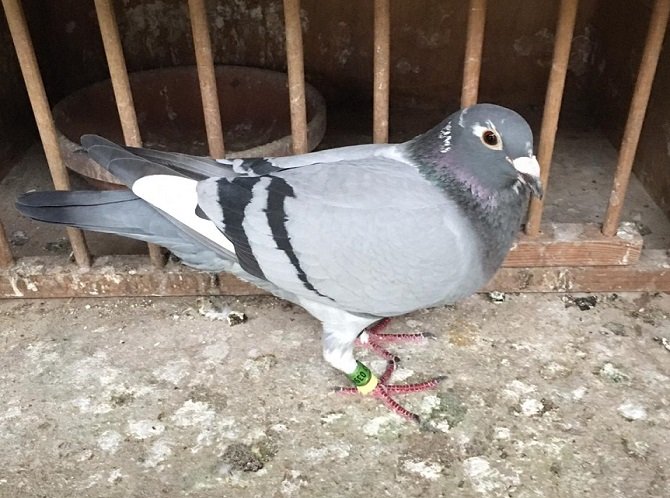 Phil and Neil’s ‘National Hen’ what more could you wish for? ‘Dutch Master’ present through GB08L24852 the exceptional breeder for Jack Walker of Cannock and the grandsire of ‘Pink Eyes’ when he was  paired to GFL 07-68 a daughter of Rocket. Plenty of other Kannibaal blood including ‘Young Couple’ everywhere. 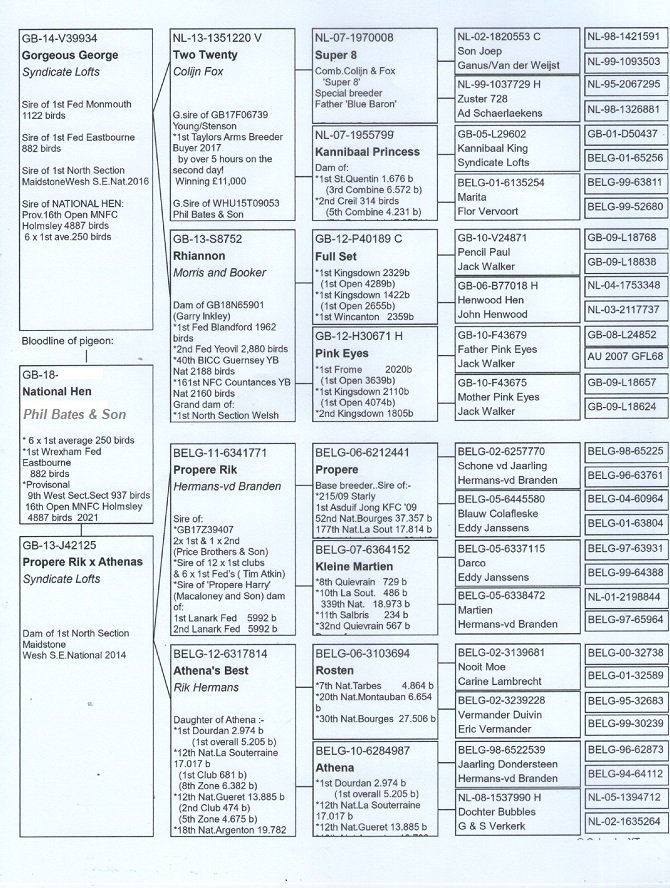 The National Hen of Phil and Neil Bates… 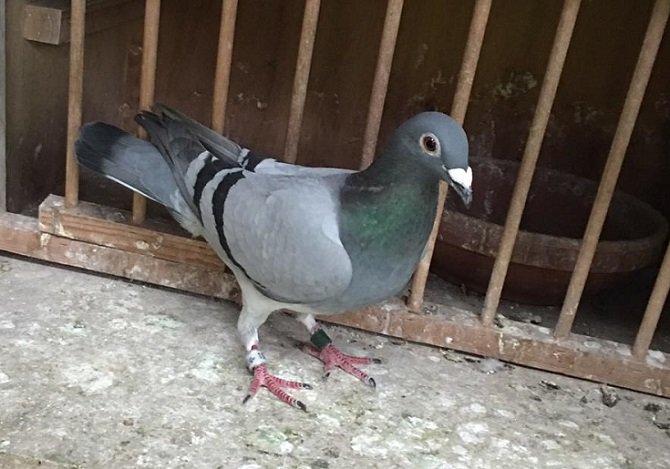 Provisional 4th Chester Two Bird Yearling Race and a previous winner of 3 x 1st and 1 x 2nd as a young bird and yearling (So Far!!) for Phil and Neil. 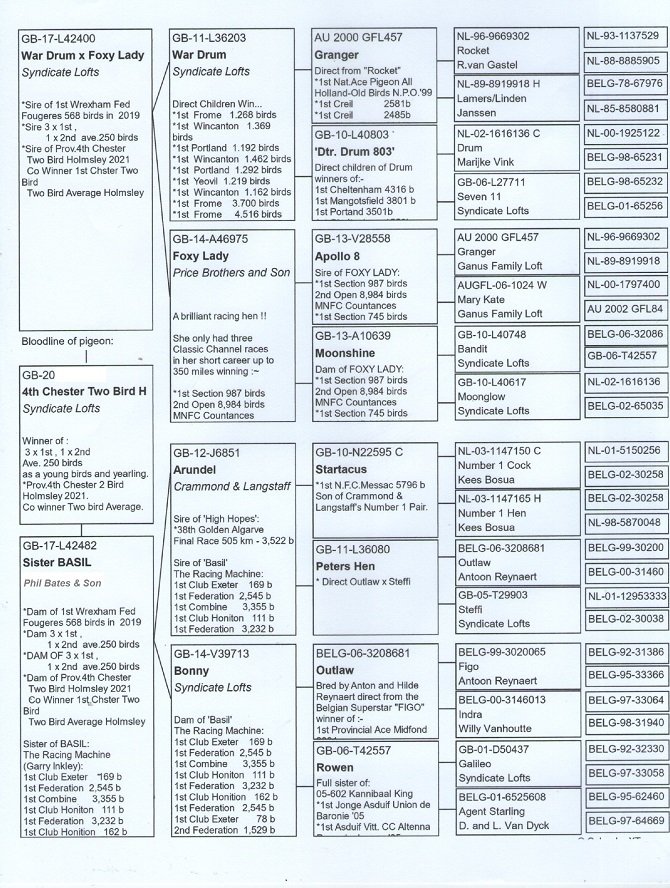 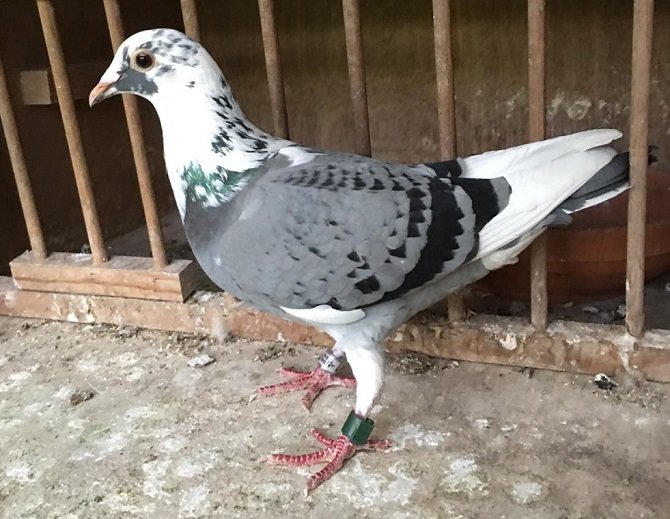 Provisional 5th Chester Two Bird Yearling Race and co winner of the two bird average and a previous winner of 2 x 1st and 1 x 3rd as a young bird and yearling… for Phil and Neil. Yet another really good one from ‘Jennifer Lopez’! 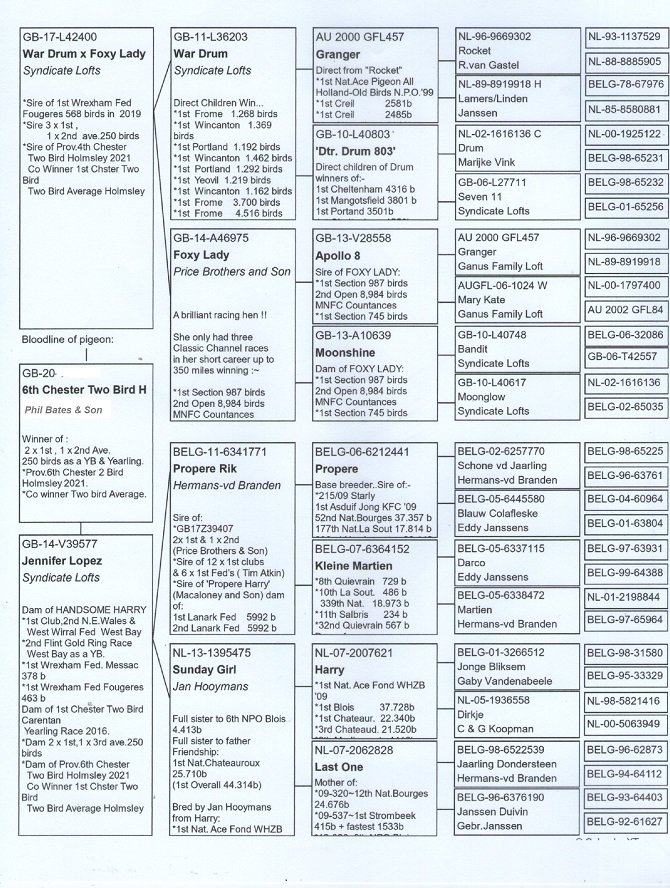