Had a great phone call from Paul Weems of Chippenham reporting his 1st and 2nd and maybe 3rd  Provisional North West Section in the first Central Southern Classic Flying Club race of the season from Guernsey on 7th May against 521 section entries and both will be early in the open.

Both birds trapped together and are recorded on the same yard with only decimals separating them and both are from our original mainly Young Couple , Drum and Outlaw lines that have done so well for Paul in recent seasons.

First bird was from a son of  WARRIOR (Son of War Drum x Sister Blue Baron) when he was paired to the great breeding hen RHIANNON. Dam of the first bird was a hen on loan from Gary Inkely bred direct from the incredible BASIL ‘The Racing Machine’ paired to a  daughter of JUNIOR (Last Son of the YOUNG COUPLE) x RHIANNON that won for Garry  *1st Fed Blandford 1962 birds *2nd Fed Yeovil 2,880 birds *40th BICC Guernsey YB Nat 2188 birds *161st NFC Countances YB Nat 2160 birds. 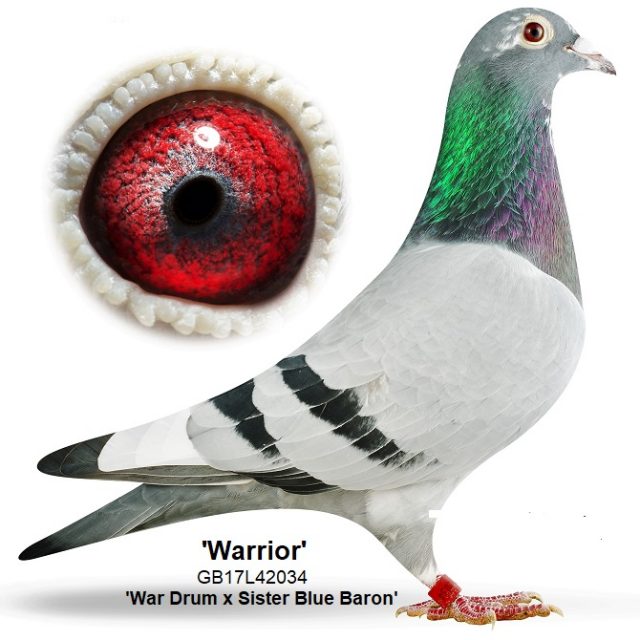 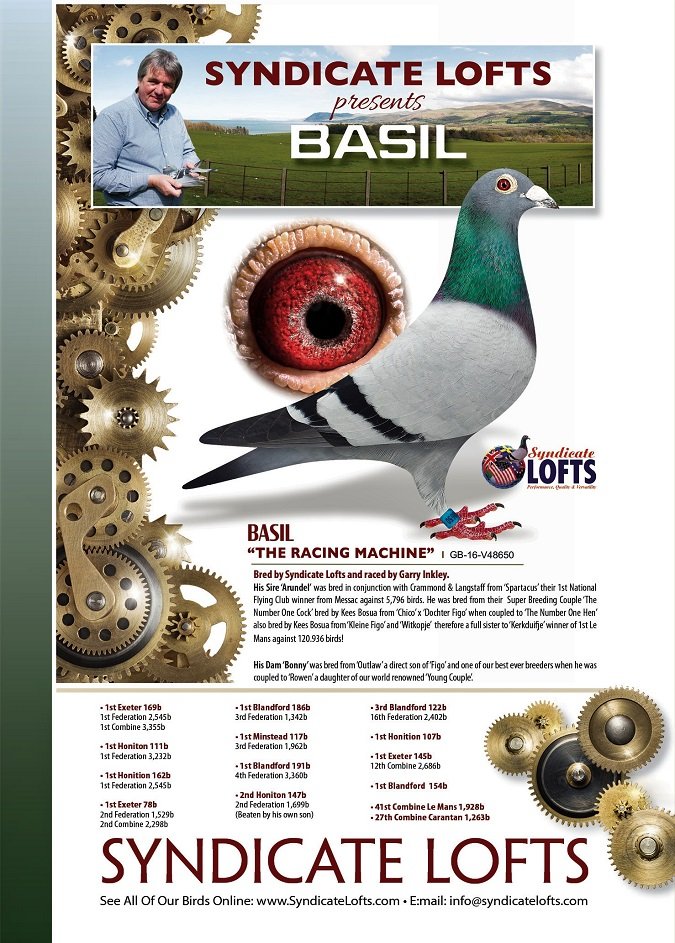 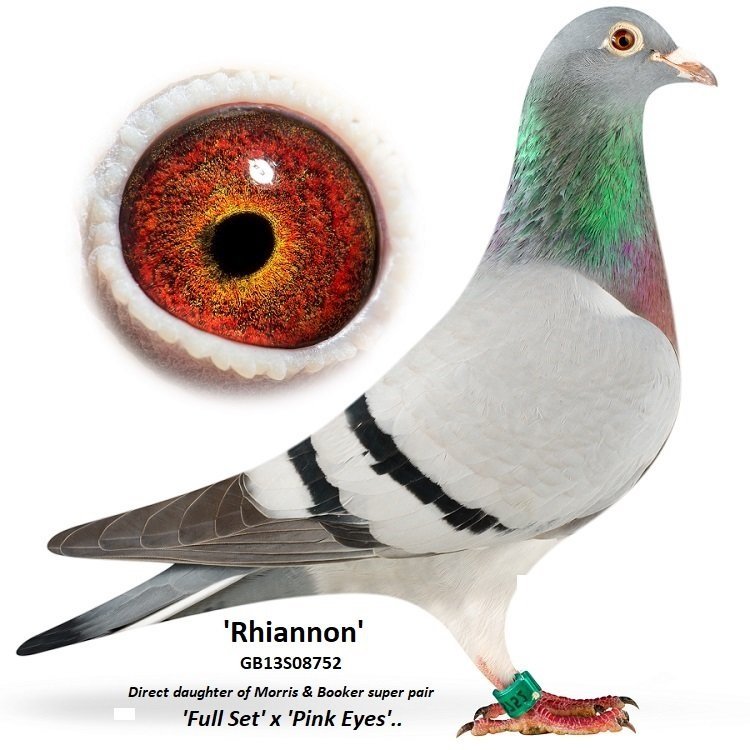 Rhiannon has been one of our principle breeding hens of the last few seasons…she is a really beautiful hen with a quite incredible performance pedigree..She is also on both sides of the Section Winners pedigree for Paul Weems.

Second Section on a decimal is Pauls Super racing four year old cock that already has an incredible race record. He can now add 2nd Section beaten by a loft mate on a decimal to it.

His sire was bred by the late Jim Whitehead from Durham and bred from the very best of our original bloodlines being a grandson of Outlaw x Rowen paired to a daughter of Drum x Gerrie.

His dam is a double granddaughter of Drum, so once again when the Classic and National races are competed for Drum is still always at the very top. 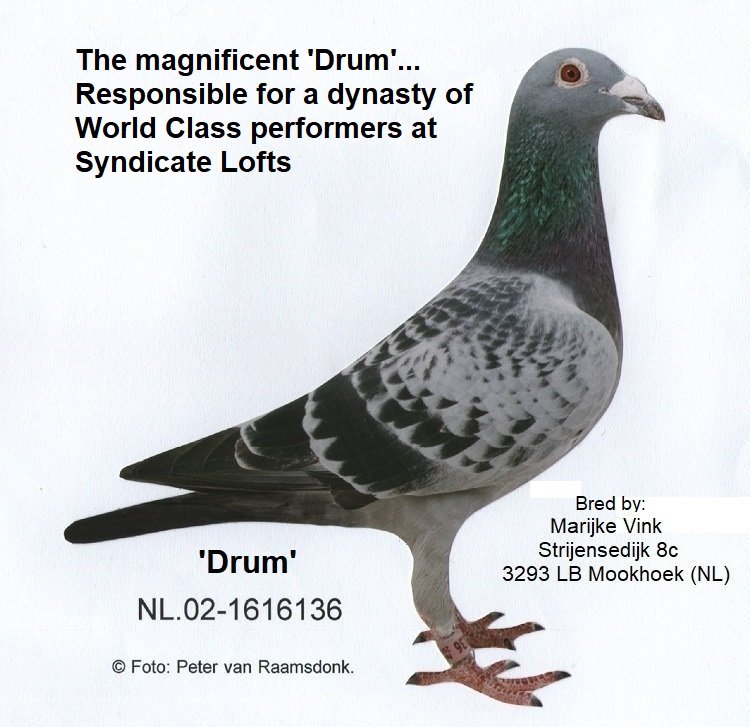 The Magnificent Drum …  better than ever in the big races.

Paul is also likely 3rd Section with a  pigeon from his  own family which is Janssen based which originally came from the late and very well respected Ernie smith of Swindon.