The winner ‘Magical Jen’ was bred and raced by Rafferty and Towman from a pair obtained from Geoffrey Douglas and we are very pleased to say they are 100% Syndicate Lofts bloodlines.

Sire of the winner is from a son of Amadeus (Direct son Di Caprio) x Ivy (Daughter Safier Couple Leo Heremans) paired to a daughter of Bronco (Son Cow Girl of Rik Hermans) with Naomi (Daughter Hannibal with Doran mother Johannesburg,Mystique of John Crehan and the Syndicate Cock of Leach Brothers)

A great winner of a great race with a youngster bred in the ‘Purple’.

Many congratulations indeed to all involved. 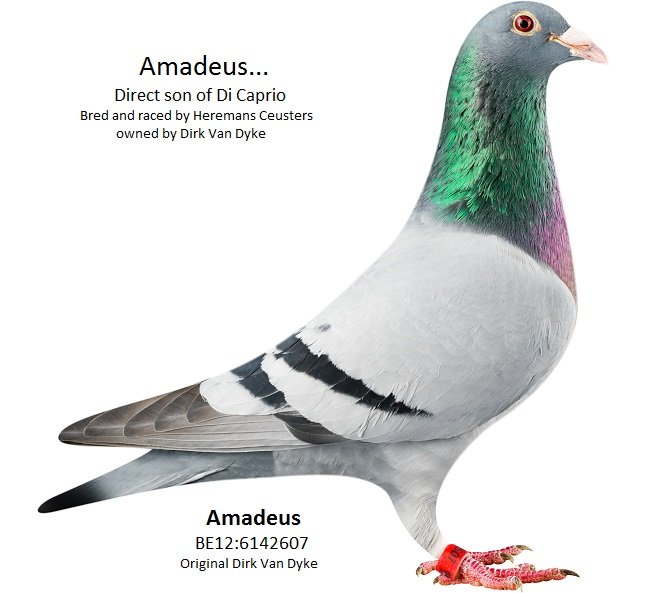 A grandson paired to a granddaughter of Amadeus bred 1st NIPA Talbennt Young Bird National for Rafferty and Towman yesterday..he is a direct son of the renowned Di Caprio raced by Heremans Ceusters and owned by Dirk van Dyke were he has become a legendary breeding cock… 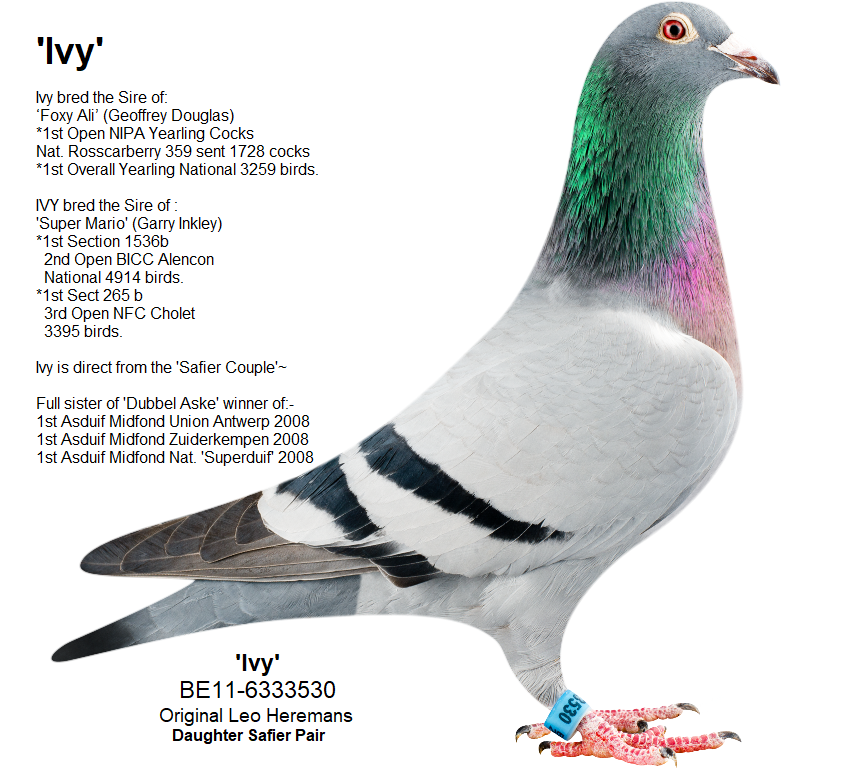