Yesterday was the Sens young bird race a distance of around 415 km to Nieuwendijk.

Once again we was very pleased with the team performance with early prizes and all home.

Our first bird was NL20-2009617 scoring for the first time and bred from ‘Bruce’ a promising young breeder bred by Jan Hooymans from ‘New Harry’ and the mother is direct from our old foundation cock Granger paired with ‘Rhiannon’ one of our very best breeding hens. 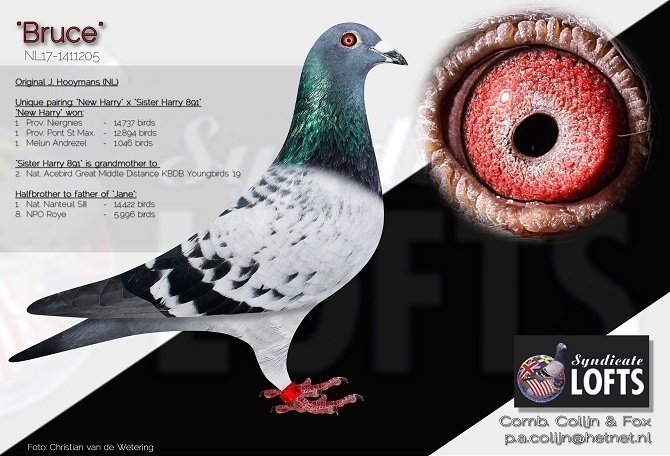 Our second bird was a previous winner of 14th Combine Niregnies a few weeks ago against 3914 birds and was bred by Jan Hooymans from a pair on loan from us ‘The Golden Witpen’ and ‘Daughter Harry’ . The parents of the super racer Cesar. We shared the youngsters and can only hope that this youngster is a good as his famous brother.

Our third bird was NL20-2009612  yet another direct child of Special One the direct son of Harry to score for us.

Fifth bird was NL20-1581130 the nest mate to our 11th Combine Niergnies 4362 birds a few weeks ago and bred from a son of Special One with a daughter of Blue Fox a full brother of Foxy Lady and a daughter of War Drum. 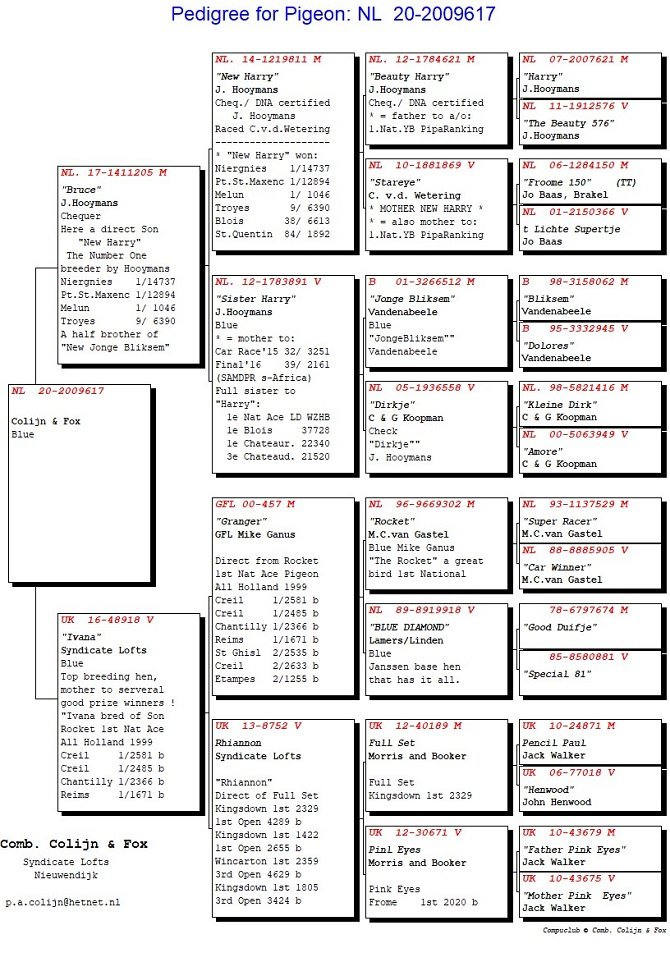 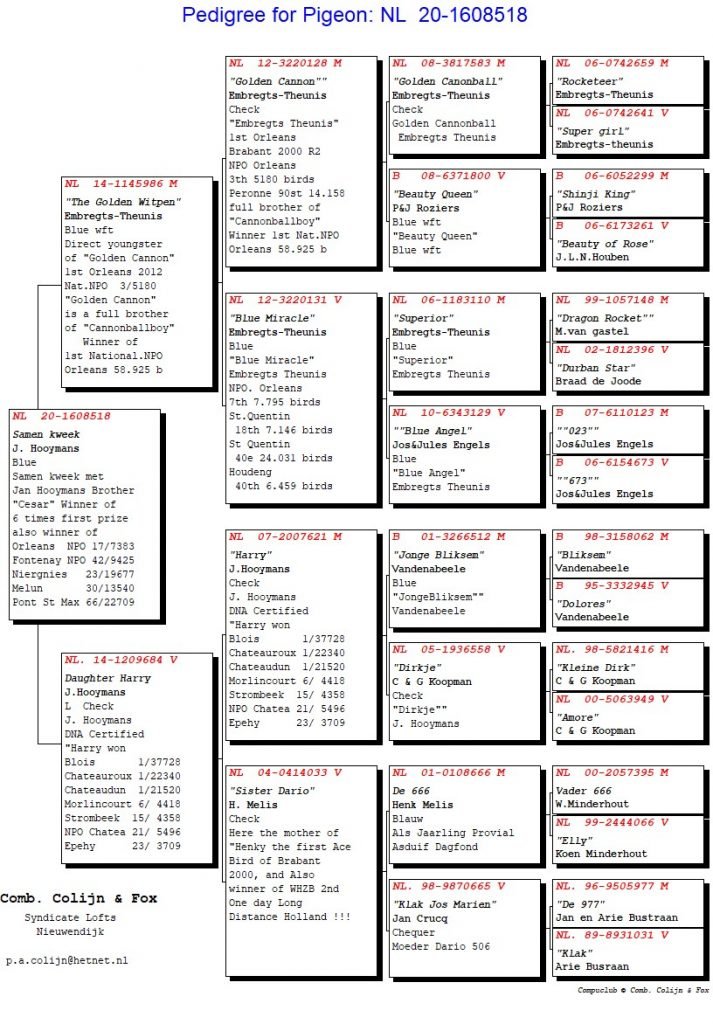 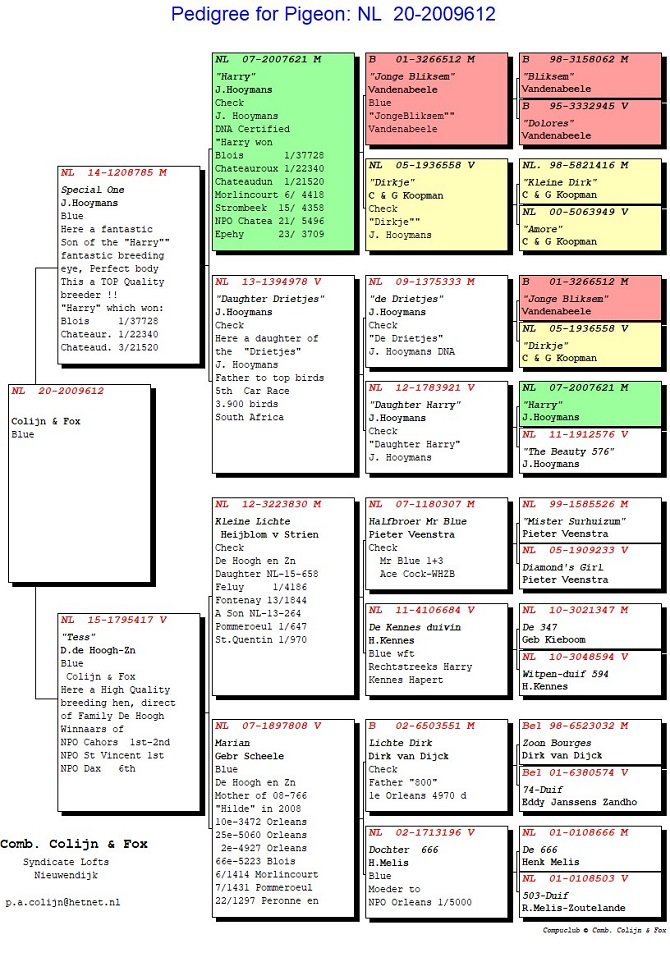 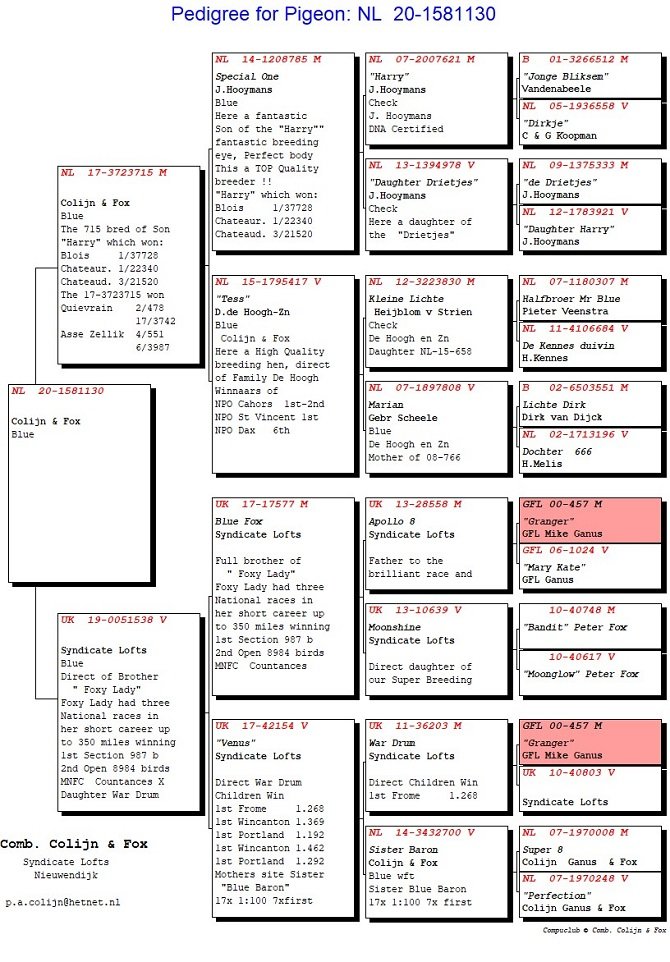 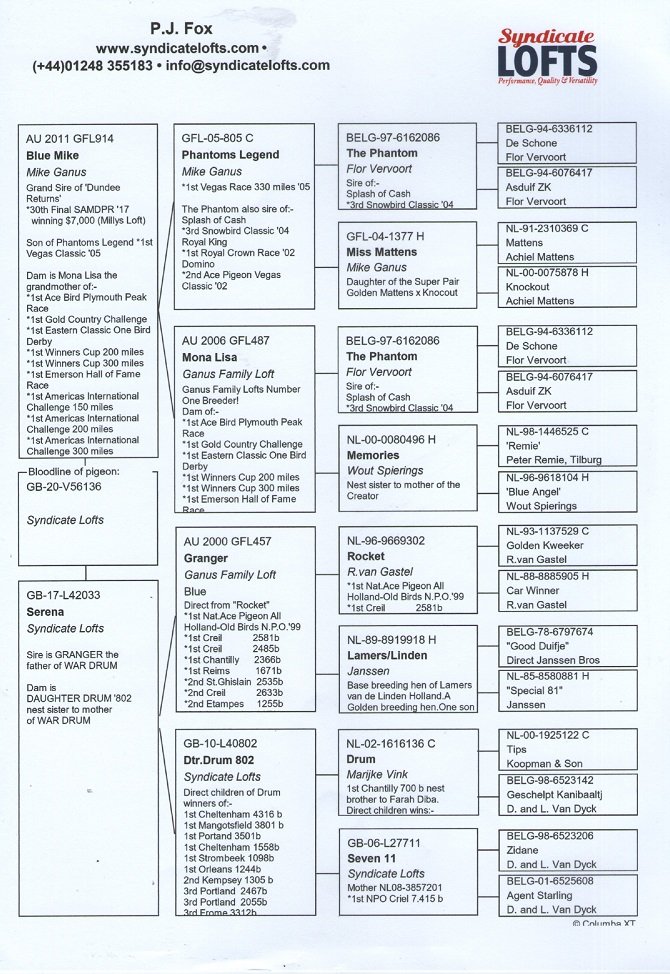