This is a mating I have been thinking about for some time to retain the best winning genes we have.

As Stormbird is now fourteen years old and has never missed fertilizing an egg, I mated him to a younger hen for the first round of the year to establish if he was still fertile and thank goodness he is.

We then paired him to Foxy Lady and she laid in seven days and then we had to wait. I am very pleased indeed that both eggs are fertile so now they will be underset to another pair.

I attach a copy trial pedigree that demonstrates why I need to retain this bloodline. Apart from being great individuals themselves, their ancestors are National Aces, Olympiade Champions and world renowned performers  without exception.

‘Drum’ was one of the best breeders of his generation and his nest sister was 1st Dutch National Ace Fond from the ‘Kleine Dirk’  a double NPO National winner and ‘Kannibaal’ 1st Belgian National Ace Midfond  lines.

‘Moonshine’ was bred from a son of ‘Figo’ of Reynaert 1st National Bourges winner when he was paired to a daughter of our ‘Young Couple’ from a ‘Picanol’ and ‘Wittenbuik’ father and a daughter of ‘Kannibaal’ of Dirk Van Dyck 1st Belgian National Ace Midfond.

This is our method…pedigree  loading of winning genes of the very best at the highest level of competition. 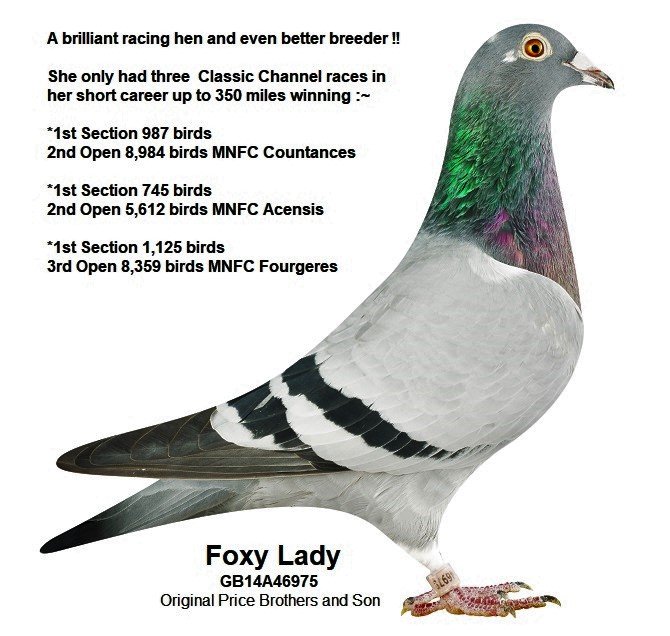 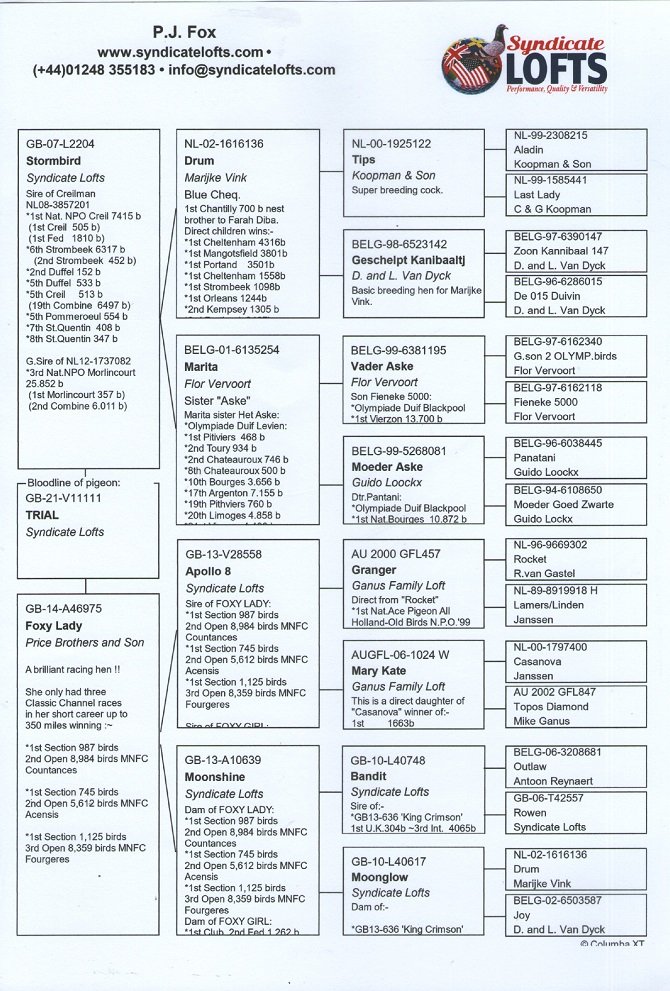