Mr Dudley Lever of the Lever Syndicate holding his exceptionally beautiful young hen GB17R12918 winner of 1st Ace Pigeon in the MNFC One Loft Race in 2017.

The Midlands National Flying Club One Loft Race offered an ACE PIGEON AWARD for the pigeon with the best average over the three Hot Spot Races and the Final Race in its 2017 series. This was won by a most exceptional quality young blue checker hen GB17R12918 with a lead of almost 70 yards per minute! She also won 3rd prize in the final race.

This hen was entered by the Lever Syndicate of Hampshire and they bred her from a cock of Hebberecht bloodlines paired to a hen that they purchased at our Doncaster Auction last year. As a matter of interest this was the same auction that the ‘Mums The Word’ Syndicate purchased the father of their RPRA Ace Pigeon Award and Car winner 2017. We ourselves also won the Golden Algarve One Loft Race Ace Pigeon Award and Car Winner a few weeks later!

We must offer our very best congratulations to The Lever Syndicate on this fine performance. 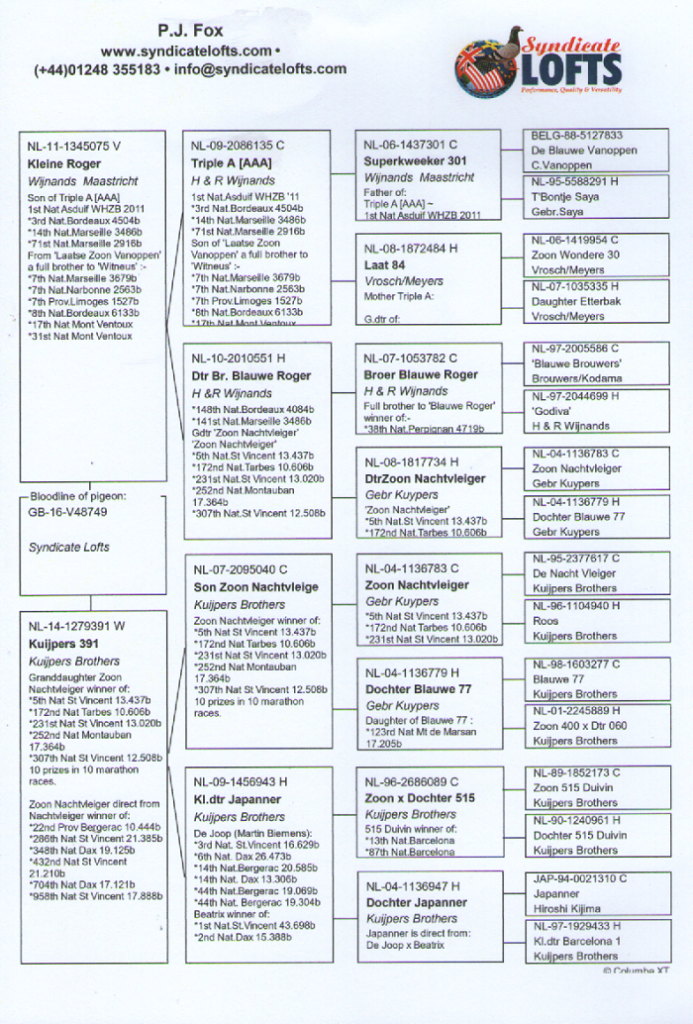 Dam of the Lever Syndicate’s 1st Ace Award Winner in the MNFC One Loft Race 2017 . She is also a full sister to our 75th International in the final of the 2016/17 South Africa Million Dollar Race. 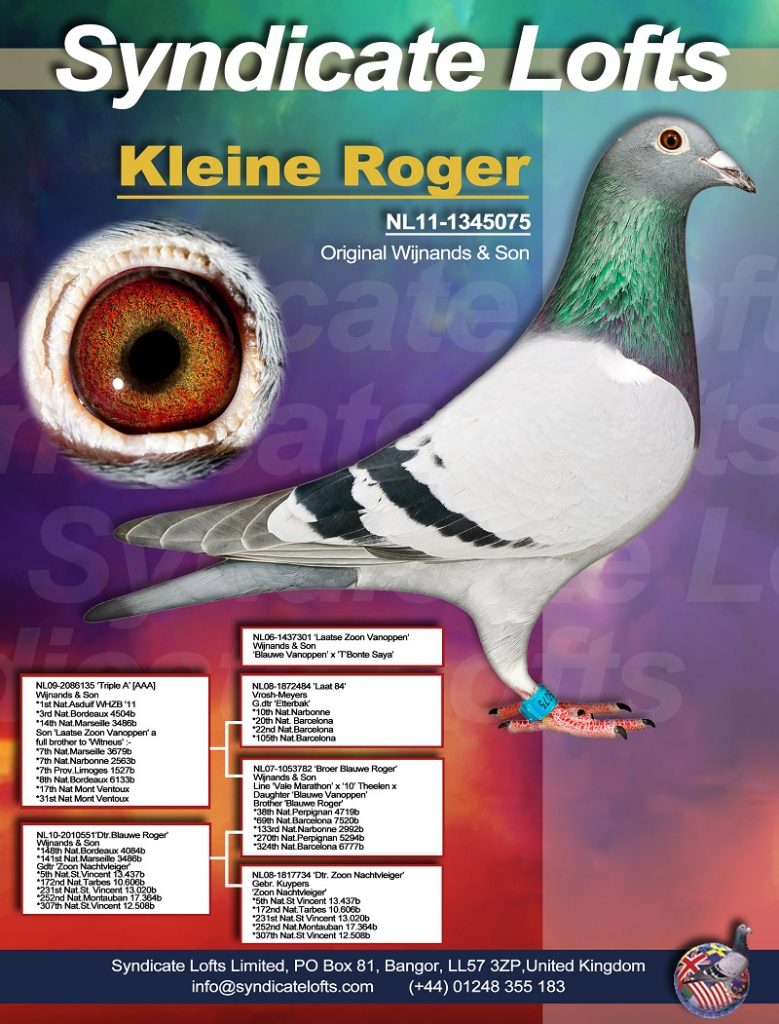 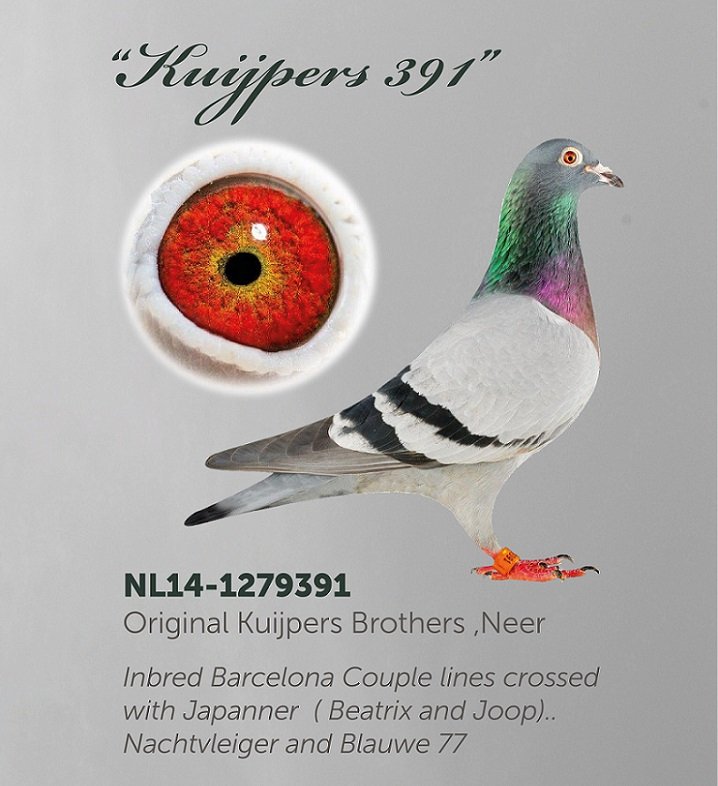