Diepenbeek – The national flight from Bourges is the classic of classics of the program. The race that every pigeon fancier would like to make their mark.

Especially in Limburg this time was dreamed of the supreme performance. A fresh west-southwest wind was supposed to help them to that coveted victory. Beforehand, there was quite a few afraid of the weather. It turned out to be unjustified because on the day Bourges went incredibly fast

All over the country!

Jeroen and Ludo were eagerly awaiting the pigeons from Bourges. It was going to be quick, and they knew it. But with the earlier race from Laon they already had a very successful rehearsal with the local club winning 1st and 2nd with the youngsters as well as the 2nd with the old birds. In addition, they had learned the pigeons were in top form from Orleans the previous week. Then they clocked 8 in the first 10, timing just after 12 o clock and they’d love to do again just after 12pm.

It would happen too! At 12:11 p.m., two hens entered the trap as if they were possessed. Their 1st Nominated Yearling and their 1st Nominated Old Bird. Three minutes later, also the 2nd Nominated yearling landed on the board and the 2nd nominated old bird followed smoothly. The other pigeons also reached the lofts in Diepenbeek at a rapid pace. 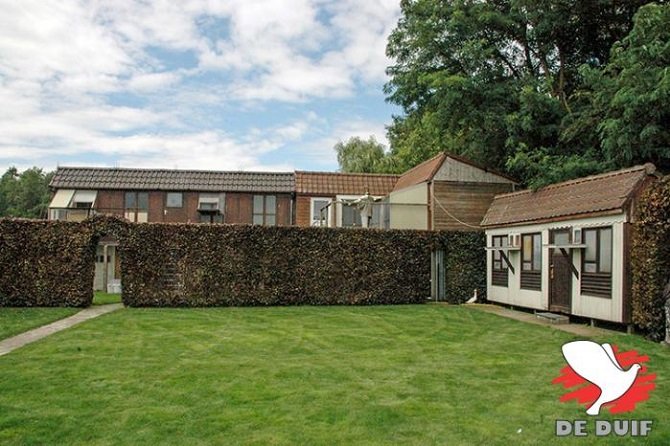 But if Ludo and Jeroen already had a little less expectation, they were completely off the map. They had a fantastic achievement! With the yearlings they started with the 1st and 2nd National of no less than 11,952 pigeons. With the old birds they managed the 2nd, 32nd and 74th National of 8,409 pigeons. Their more than good performance from Tulle with also the local club first prize a few hours later was completely overshadowed by the top performance of their top hens from Bourges.

She was only just the first to trap and beat the entire convoy of yearlings. ‘Saskia’ is from good friend Ronny Smeers.

This later bred hen was gradually brought on, but had in the last weeks started to show her ability. Ludo noticed it and also issued with great confidence her as 1st nominated. 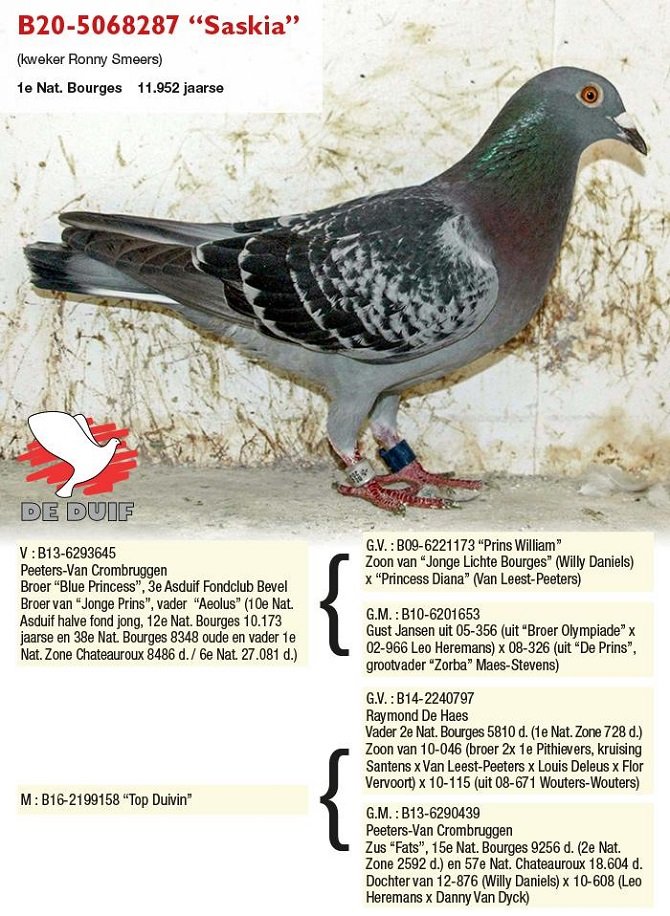 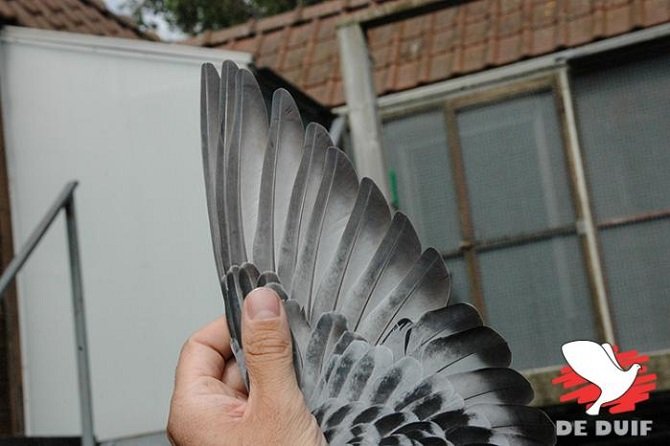 A few seconds after Saskia  the ‘Fina’ also hit the electronic timing system. ‘Fina’ w despatched to the race as 1st nominated old bird in the basket and they had their reasons for this selection. ‘Fina’ is a real top hen with a range of 1st prizes: 1st Laon 474 p., 1st Laon 146 p.,1st Chateauroux 264 p., 1st La Souterraine 941 p. (Zone C),1st Bourges 145 p. etc. but next to 1st places ‘Fina’ still ended up untold number of times standing on the podium or just beside.

‘Fina’ has this ability from her ancestors, because her father was also a super good racer, as well as the grandfather, the grandmother, the great-grandfather and so on and we could keep going for a while. On her mother’s side we see Leo Heremans appear again as well as Dirk Van Den Bulck and Paul Huls.

‘Fina’ can therefore fall back on a family tree full of toppers! But above all, ‘Fina’ built herself the status of standard-bearer of the colony. With the 2nd national from Bourges she puts  the icing on the cake.

Three minutes after the first 2 hens, ‘Panis 2’ arrived which added to the euphoria. With her performance, she ensured that Ludo and Jeroen snatched the first two places nationally against the yearlings.

‘Panis 2’ is a hen bred by Joseph Claeskens. The sire was bred by Deceuninck-Vanhoucke from Nieuwpoort. In his lineage we find Gunter Prange, Willy Van Houtte as the main basis. The mother’s side is from the best of Joseph’s own kind (Rambo) paired with the toppers of Willem De Bruijn.

‘Panis 2’ is the result of a mishmash of top lines. With her 2nd national from Bourges she shows that the inheritance of these top lines worked wonderfully well.

Jeroen and Ludo probably had the best day of their pigeon career on July 31st 2021. Whether they can ever surpass it again, we don’t know. But we cannot say either that we didn’t see it coming. Their team of hens has taken their level of play up a level with a big leap. In 2020, for example the father-son combination already gave a preview when they won the top prizes at Bourges and La Souterraine.

Then the sledgehammer of the highest order with a 1st and a 5th National Zonal with the old birds and a 2nd Zonal with the yearlings. But be careful, that was certainly not the only achievement. Meanwhile, numerous other top national prizes passed review. Those who review the results will have undoubtedly spotted them among the early arrivals many times.

How did those hens get prepared? Really simple, they have a partner sitting at home which is shown for 15 minutes before each flight. When they return home, they get their partner of course. More than that, every 2 to 3 weeks they get to stay together overnight. The hens get to eat well during the week. Not depurative, but a good mix and they go into the basket every week.

On Thursday morning they decide whether to basket for the weekend’s national flight. Ludo places great value on their behaviour during the last exercise period. In the run-up to Bourges, the hens had been phenomenal for a number of weeks , to the extent that Ludo was even afraid to let them outside. The pigeons were therefore basketed with great confidence.

Does Ludo and Jeroen have the cocks as a backup plan? Not especially, these are now rather reserved for the light middle distance races. Its “Girl Power” for the national races in Diepenbeek!

Congratulations in once again and hopefully you can enjoy this achievement to the fullest.