Had a nice phone call from Shaun Cooke from Wrexham reporting some winning performances in the Wrexham Federations Weymouth Race on 12th June.

First Fed went to R & S Lewis of Brymbo winning against a 1334 bird entry. His winner has been a very good prize winner during his career having also won  1st Wrexham Fed Cheltenham against 2,079 birds.

He is a grandson of our top breeding cock ‘Nitro’ bred by Dirk Leekens when paired to ‘Half Sister Cowgirl’ bred by Rik Hermans. on the other side of the pedigree of the winner is Mystique daughter of Drum bred by Syndicate Lofts and raced by Crehan & O’Connor. 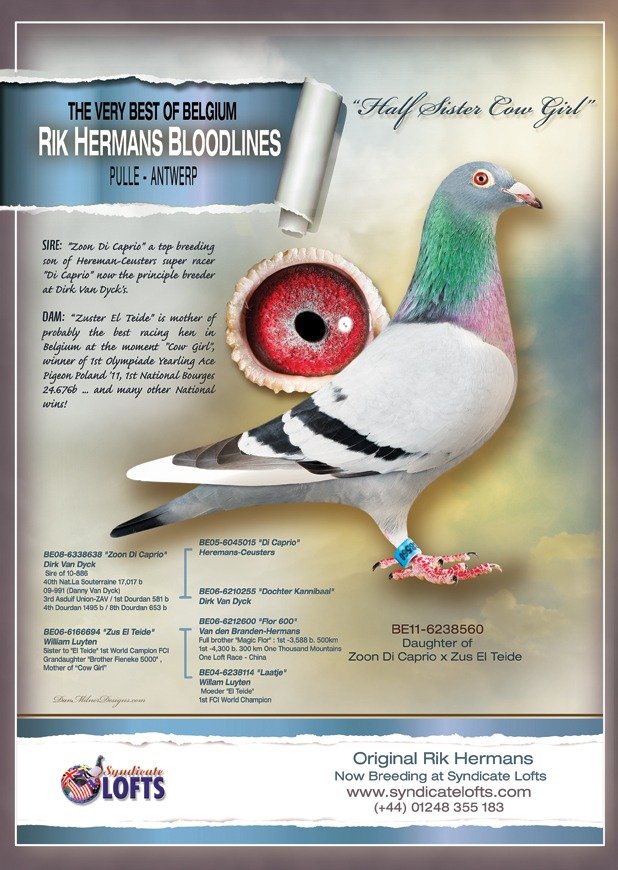 Shaun and Father also had a good race themselves winning 1st Club 2nd Fed with one of his ultra reliable Lambrechts birds and 2nd Club,3rd Fed with one from a son of SAMBA (Johannesburg x Maxine) and ARIEL bred by Rik Hermans from his super pair ZOON GUUS 1 x RED ATHENA.

Very well done to all involved.